Did Willow Smith Tweet An Attack On Chris Brown? That is the question everyone asking. 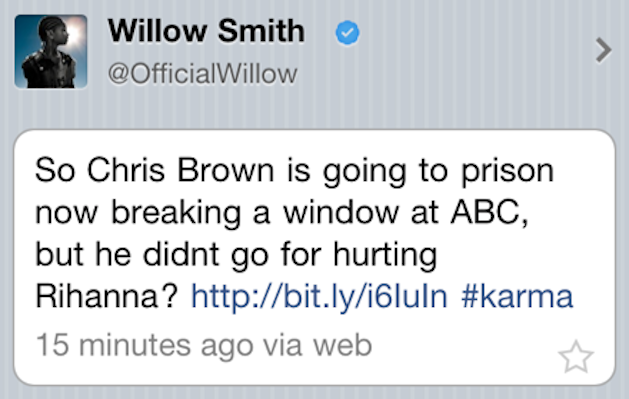 The link in her post leads to a site called chris-brown.strangled.net, so maybe everyone should lay up and believe the young star is talking the truth.