With appearances on several high profile magazines already under her belt, we can safely crowned Rihanna the cover queen of the year.

Her latest cover is for Fabulous magazine which will be released this month in the UK. In her spread, RiRi openly discussed how she feels about her competition, what made her decide to dye her hair bright red and being uncomfortable as a “sex symbol”.

However, when asked about Chris Brown, Rihanna was not as forthcoming, according to the magazine.

“Today, she’s not quite as forthcoming when the subject of Brown is broached. The mere mention of his name prompts a change in atmosphere and a sharp: “Excuse me?”” (Fabulous Mag)

When asked again she snaps: “Next. You obviously want to talk about Chris Brown, I don’t.” 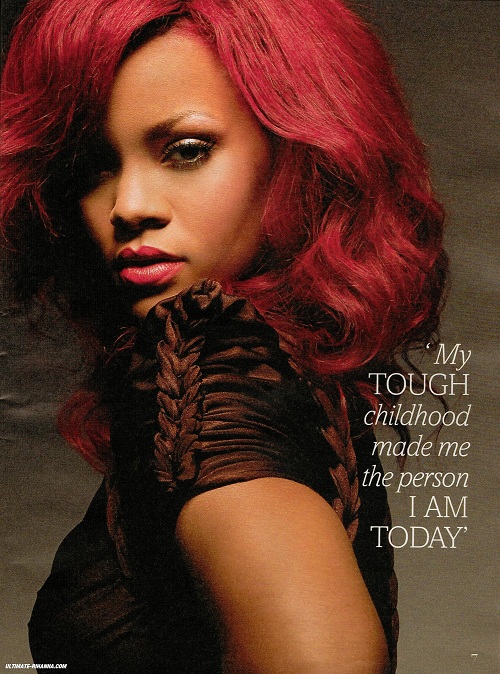 Regarding her competition, Rihanna said she only focus is on herself being bigger and better.

“I never focus on who or what is at the top, because when people become better at what they do individually, it’s noticed. And that’s all I want to be: an artist who was known for growing constantly and becoming bigger and better. It’s not about who’s better between Rihanna, Katy Perry and Lady Gaga. I’m more in competition with myself. I always challenge myself to do better next time. It doesn’t matter who’s at the top as long as I’m getting closer to that point every time. That’s all I care about.”

On being a sex symbol, RiRi said although its flattering it also makes her uncomfortable.

“Every time I hear that it’s definitely flattering, but also uncomfortable. That’s not a priority on my list – being a sex symbol or being overly sexy. I’m just a normal woman. I don’t really focus on being a sex symbol.” 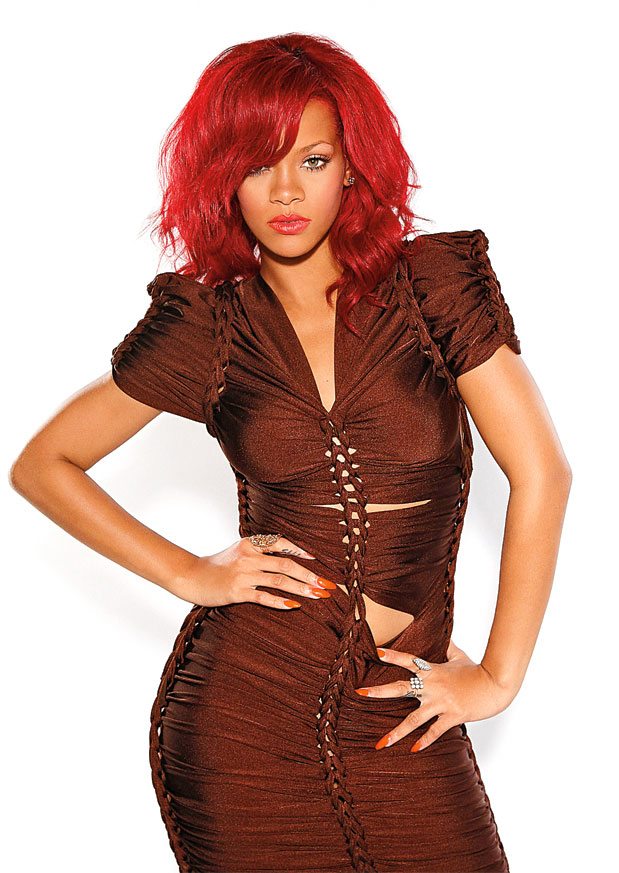 “I think I was ready for something new and loud and expressive. It’s really adventurous – I wanted something that was fun, you know. I didn’t want a normal hair colour. I’d had blonde and it was so boring. Black is still my favourite, but I was looking for a colour that was edgy. I guess it was just the place I was in at that time. I felt like being spontaneous, and I also wanted to go for something extreme. I couldn’t do green or purple or pink, so red was like the fine line between normal and extreme!”