Since Urban Islandz exclusively broke news of the extent of Vybz Kartel bleaching, several large media outfits have since published articles on the the issue.

For the greater part of 2010, Vybz Kartel was in the spotlight both for his hits and his bleaching of his skin. But this year the Portmore Empire leader is more so in the limelight for bleaching than is music.

Since the start of 2011 and especially this week, Kartel bleaching headlined several high profile blogs and magazine websites. Several community forum groups and fans on social media sites like Facebook and Twitter has launch their attacks on the Gaza general over what they say is an ignorant act of deny ones identity. 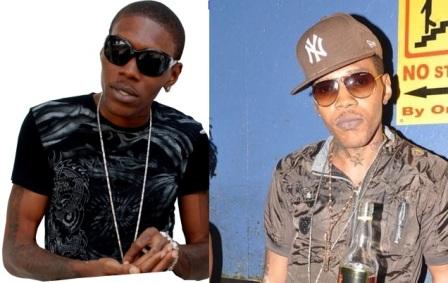 Below is some excerpts from high profile blogs around the world.

“Formerly brown-skinned reggae artist Vybz Kartel is walking around about five shades lighter to the shock and dismay of his fans. Vybz Kartel, a Jamaican Reggae and dancehall artist, recently lightened his skin and it’s not going over well with his fans. For his part, Vybz says his skin lightening is similar to tanning. Although he won’t reveal what he is using to change his complexion, some sources say that his newly endorsed brand of cake soap can lighten the skin. But even that is up for debate since fellow artist, Bounty Killer, claims his own mother has used Vybz’s cake soap and her skin has not changed.” (The Young Black & Fabulous)

“Vybz Kartel, a Jamaican Reggae and dancehall artist, recently lightened his skin and received a massive backlash from fans that are shocked by his physical alteration. Kartel claims that his skin lightening is similar to tanning. “This is my new image,” Kartel said in an interview. “You can expect the unexpected. I feel comfortable with black people lightening their skin. They want a different look. It’s tantamount to white people getting a sun tan.” How did he get so light? Kartel won’t reveal what strong agent he used to lighten his skin, but claims that his newly endorsed brand of cake soap is what can help others do the same.” (The Grio)

“Reggae artist Vybz Kartel hates himself, but it’s not his fault. The dancehall musician lightened his skin and has experienced a backlash from fans who are appalled by his physical changes. In a recent interview, Kartel linked blacks who lighten their skin to white people who tan. “This is my new image,” Kartel said in the interview. “You can expect the unexpected. I feel comfortable with black people lightening their skin. They want a different look. It’s tantamount to white people getting a sun tan.” (Rolling Out)

“Retired baseball player Sammy Sosa isn’t the only celebrity that has been dipping his hand in the skin bleaching jar. According to Rolling Out Magazine, Jamaican dancehall artist Vybz Kartel has bleached his skin in an attempt to change his image.” (Necole bi–hie)

There are hundreds of other links from forums, blogs and social media sites Facebook, coming into Urban Islandz on the topic Vybz Kartel bleaching.

While some fans say they do not have a problem with Vybz bleaching his skin, majority if dancehall fans are angered by it and openly put the most popular dancehall deejay on blast.

But does Vybz Kartel hate himself when he was black?