Bajan pop star Rihanna has been nominated for an Emmy award with funny man, Andy Samberg, for their skit “Shy Ronnie” from Rihanna’s December 5, 2009 appearance on the late night show.

Rihanna performed her “Russian Roulette” single on the late night show on December 5, 2009, to made her debut on the show a hit. The pop singer ended up getting more recognition for her barely there collaboration with Andy Samberg aka Shy Ronnie where she performed in front of a class of elementary school kids with the red-headed Ronnie who barely spoke. 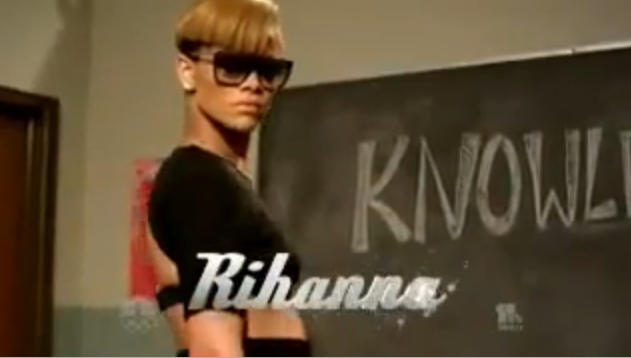