DaniLeigh is hitting back at B. Simone, who called her immature, among other things, as she confirmed a report that Dani had her removed from being filmed on an episode on “Wild’N’Out this week.

The removal was speculated to be over DaBaby, with whom DaniLeigh has a daughter. In an interview on the Tamron Hall on Wednesday, B. Simone confirmed that she was not on that episode of the show despite being on Wild’N’Out for nine seasons.

“I know that sounds like, I don’t have even have a publicist, that sounds like the publicist answer but I’ve had time to think about it and not react emotionally and that’s genuinely how I felt,” she added.

DaniLeigh also explained that she was invited on the show but asked that B. Simone, whom she accused of making a diss track about her and cheating with her baby father DaBaby, be asked to sit out the episode.

“So the situation, I just feel like, OK from the jump it was never a demands, I don’t know why the blogs are putting it out that I demanded that B. Simone not to be on Wild’N’Out, wasn’t the case, Wild’N’Out asked me, I love Wild’N’Out shows, I’ve always supported Nick, I always supported the comedians on the show. You know me and B. Simone are not cool. So my team asked if it’s cool that she doesn’t do the episode that I do, respectfully. It was never anything to be like a diva,” DaniLeigh said. 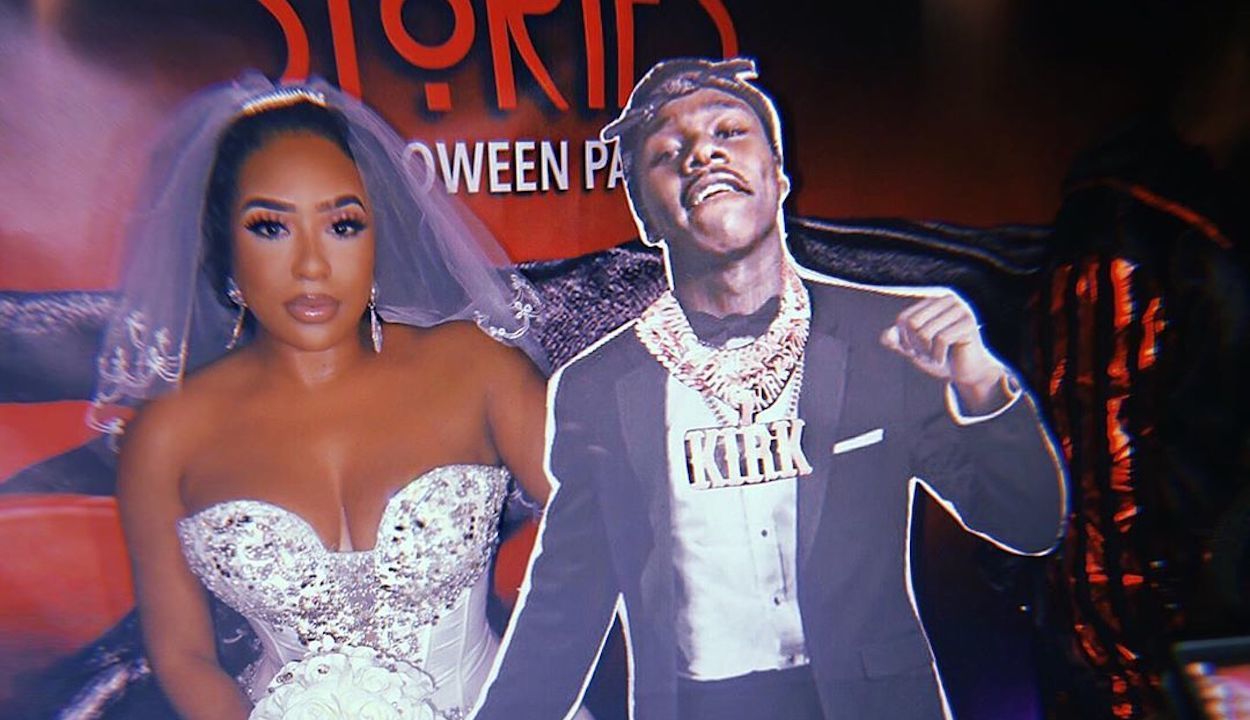 “I thought it would be more mature to not have to be sitting next to each other on a show making it mad awkward and uncomfortable. You know I’m protecting my peace, I’m protecting my heart on the situation,” she added.

She continued, “Recently, she just did a whole diss song about me, I didn’t say nothing about it. I saw text messages between him and her, I didn’t say anything about it and that’s what it was… I’m handling it maturely, I’m not saying anything, I’m just doing me.”

DaniLeigh added that she has been working hard on her career and didn’t want to be a hypocrite and subject herself to work with B. Simone on a show that goes for the lowest blows as jokes.

“I feel like I’m working really really hard, right now, I’m on tour, I’m tired, taking time away from my baby and just work, and do what I do and I feel like the devil just wants to follow me… If I don’t want to be around somebody, it isn’t any diva thing, it’s just ‘hey is it cool she’s not on this episode’, I don’t think it’s that deep, I’m sorry like for real, I wouldn’t have did the episode if I would have known all of this would have came out of out.”

She also hinted that she had no interest in fighting with B. Simone over DaBaby.

Meanwhile, B. Simone’s diss track was dug up by social media where she is heard telling DaniLeigh to sit down as she’s number three (DaBaby’s third baby mother.”

“But I’m immature… I never said anything to this girl… and she really went to the studio to write this weak ass song…ok,” DaniLeigh wrote in response.

Dani Leigh talking about The Wild n Out situation with B.Simone Pt 2 pic.twitter.com/aTpaOIjyoe