The Vendetta deejay’s trophy shelf may need extending soon, as he receives another plaque from Billboard. What makes things even more exciting is that this is the second one the dancehall deejay is picking up in as little as four months.

The latest marks the achievement of his 2021 album Top Prize, which held the No. 2 album on the Billboard Reggae Albums chart. The project seemed destined for greatness even before its release date, as fans clamored through those imaginative online shopping gates to preorder. The album’s release came on May 14 and would secure its number 2 spot in the weeks following, as fans streamed and purchased the music in the US.

In April, the deejay received the long-awaited Billboard plaque for his debut studio album, “New Level Unlocked.” The project is still revered for its composition and diversity, which led to it taking a seat at the number 1 position on Billboard’s Reggae chart in 2016. 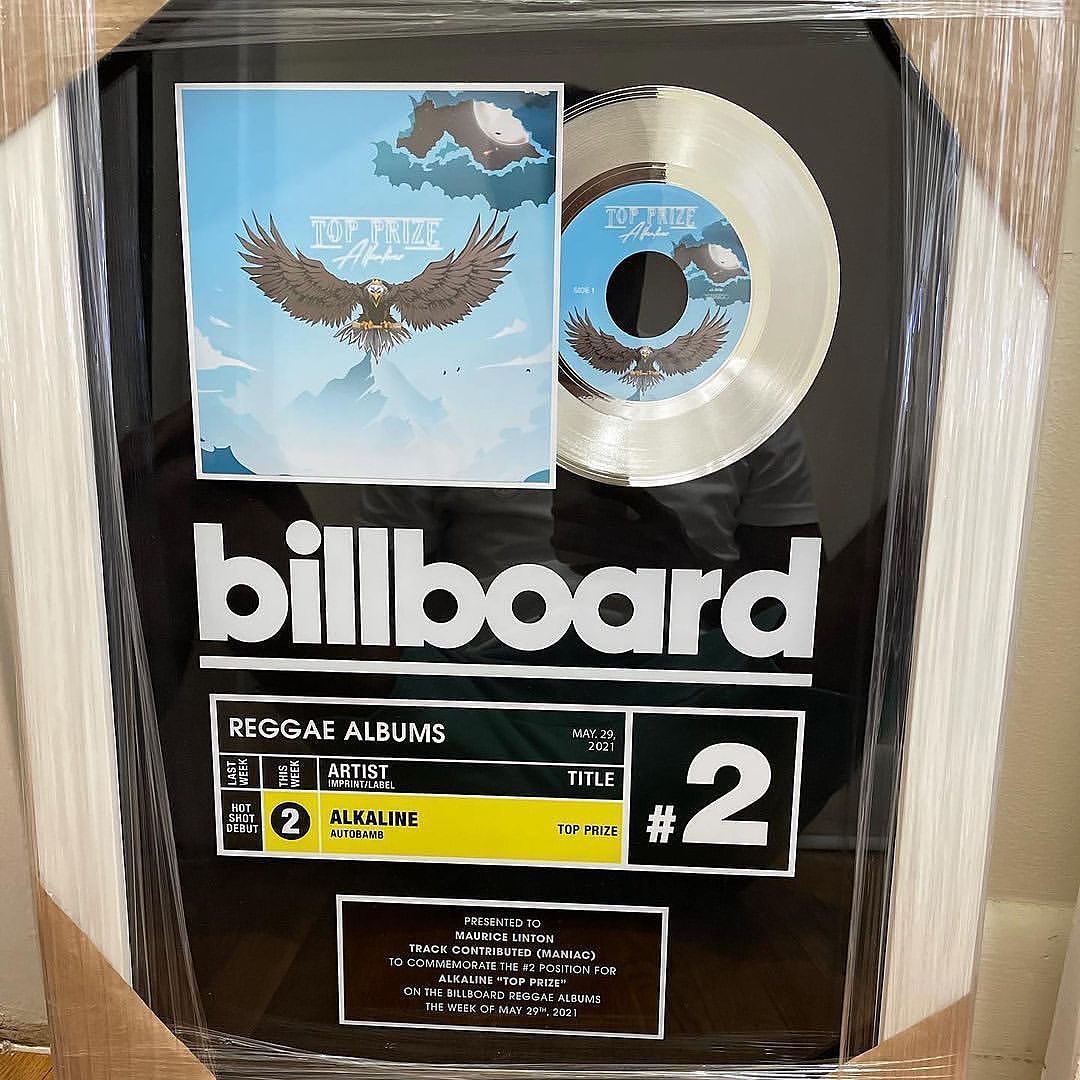 In April, Alkaline’s sister and manager Kerry took to Instagram to showcase the 2016 plaque.

“to the fans I appreciate y’all… let’s prepare ourselves for another 1,” she wrote in the caption.

The proud sister’s prediction came less than a month later.

“Top Prize,” which was produced by Autobamb Records, entered the Billboard Current Album Sales chart at Number 56. The 14-track album followed Bob Marley’s Legend: The Best Of Bob Marley and The Wailers, which continued to reign at Number 1, and in the close Number 3 spot was Shaggy’s Best of Shaggy: The Boombastic Collection.

Before the release of Top Prize, Alkaline, born Earlan Bartley, said of the album, “This album is timely as with my experiences, the lessons learned and growth over time, it is only fair that I bring everything full circle.”

The Vendetta boss emerged on the scene at the age of 16 in 2010 as a rising dancehall act. His popularity grew through early hits such as “Bruk Out,” “123,” “High Suh,” and “Things Mi Love.” The deejay was also popular for portraying the image of “the first dancehall artist to tattoo his eyeball.” Some years later, he admitted that he was wearing contact lenses the entire time.

A knack for gimmicks is no longer in the playbook for Alka, who was recently shown locked in the studio with recently freed rapper Bobby Shmurda.