Shenseea understood the assignment very well when she went on Funkmaster Flex to spit a fire freestyle over Skillibeng’s “Crocodile Teeth” beat.

It’s safe to say that Shenseea is fully comfortable and in her element when freestyling as she makes this look easy. The dancehall deejay has been getting a lot of traction lately, especially as she tries to break out in the American mainstream market with a clear goal to be a global sensation.

The 24-year-old delivered another rap freestyle, this time on the Crocodile Teeth Riddim, as she sat down for an interview with Funk Flex, host of Hot 97.

“Dem nuh bold like me / mi deh pon a different level, hype eeh / To how mi thing loud, mi nuh show ID / nd if you never know, when mi look inna the mirror / me a di strongest support I see / Mi nuh care if you doan like me, the more you talk the higher you a raise my fee / coward, mi nuh fraid like jetski, Yuh man a ShenYeng, a real caliente chica,” Shenseea deejay.

“Mi name Shenseea and it’s nice to meet ya, it’s my first time f**king up da speech ya / Seven seater, 10 inch deeper, that’s the size of the p***y of an attention seeker / …P***y like gold, If you bi***h is a go getter go retrieve her / Just being honest / mi likkle but mi tallawah from Kingston parish / tru mi nuh have a man dem think mi inna the closet so mi leff dem a wonda / you know like Alice,” Shenseea spits while wearing a Dior top with a blond wig. 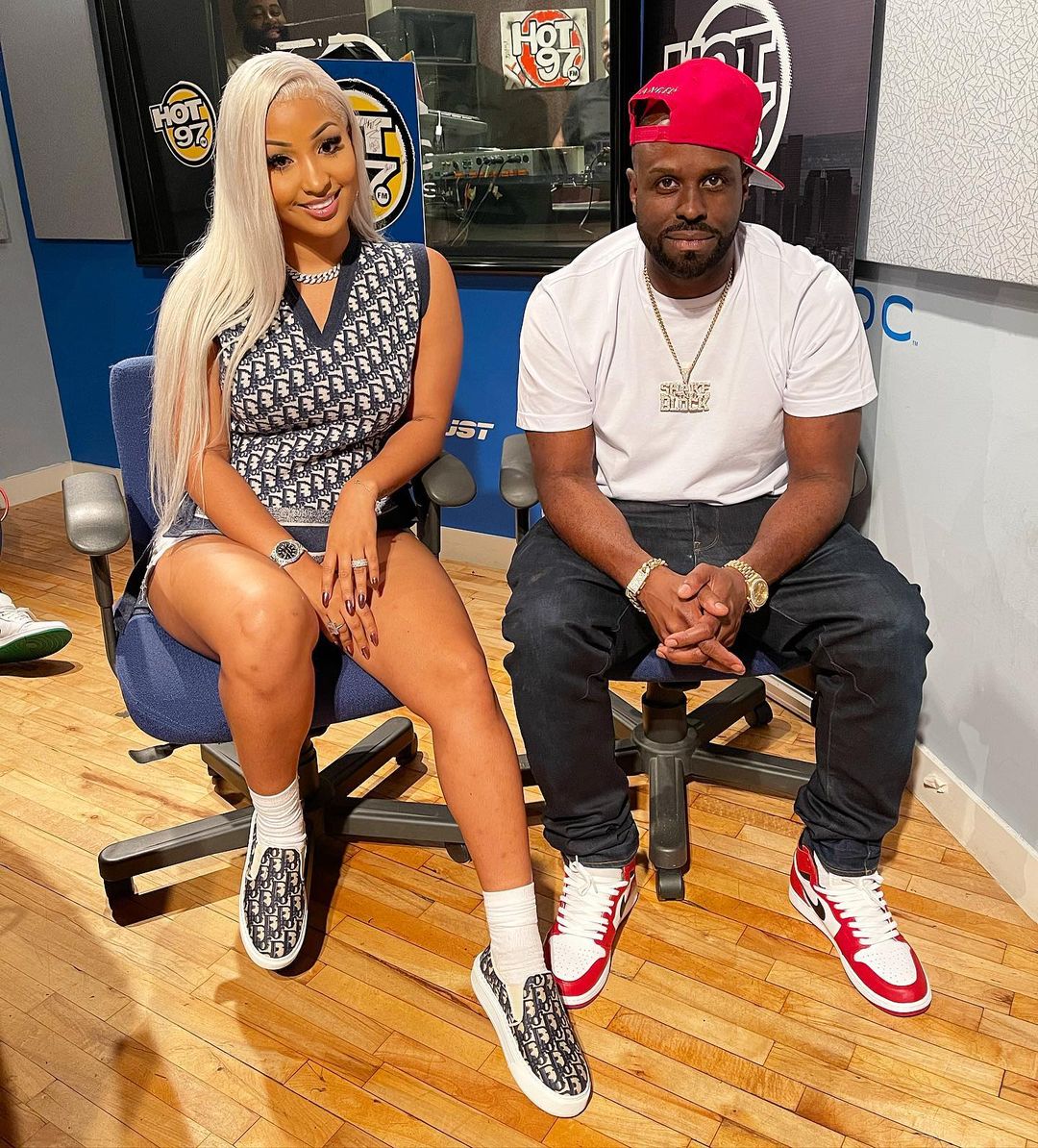 Shenseea friend and local manager Romeich Major shared a clip of the deejay’s freestyle on his social media, where he praised her lyrical skills and delivery.

“One thing me tell uno everyday and I care zero what people wanna say but me tell uno this @shenseea bad like cancer there is no cure for her writing skills and delivery so all [you] need to do is appreciate,” Major said while hashtagging Shenseea’s label Interscope and Rich Immigrants along with her manager Wassim ‘Sal’ Slaiby.

Meanwhile, fans couldn’t help but comment on the growth of the artiste as she seeks to make a genre cross-over with dreams of becoming the next Rihanna.

“If yuh bloodcl**t run up, yuh get tuck like tummy,” one fan posted under the entire freestyle posted by Hot 97.

Shenseea recently hired The Weeknd’s manager Wassim ‘Sal’ Slaiby to spearhead her push in the American and Global market. She noted that she will still be working with Romeich who first gave her a shot at stardom. So far we know that he debut album is done but no title or release date has been announced.