The snapback is real for reality TV star Erica Mena.

The Love and Hip Hop Atlanta star took to Instagram to share photos of her post-baby body, and fans are saying it’s quite miraculous. The 33-year-old gave birth to her third child, Legend Brian Samuels, just late last month, her second child with her estranged husband, Safaree Samuels. The two also share 1-year-old Safire Majesty Samuels, who was born early in their short marriage.

Erica Mena and Safaree have been thick in the media over the past few weeks, but despite the turmoil, Erica seems to be in her calm at this point, snapping back to her old sexy self and flaunting swimwear and two-piece clothing to show off her hot figure.

Erica Mena’s first snapback photo that had fans wowed was made on Saturday, July 10. In the photos, she holds Safire Majesty, who flaunts a similar swimwear at what appears to be poolside.

From her long hair to her dark shades, down to the black two-piece bikini clinging to her rock-hard body, it would be hard to point out that the former model had a baby just weeks before. Erica Mena latest photo posted earlier today (July 22), shows Mena elegantly perched on a countertop in tube top and booty shorts.

“So you just single and fine AF sitting in the house everyday,” she captioned.

Fans took to the comment section to commend her snapback game; “3 kids where” one person said, and another added, “Snap back sick.”

Others were quick to point out that Erica is not yet single, despite the declaration. “Who single? You’re married Sis,” one social media user informed.

Erica and Safaree welcomed baby Legend amid their divorce, which is still being processed. Things have not been going well for the couple since they wed in 2019, and a frustrated Erica filed for divorce back in May amid rumors she caught the 40-year-old Jamaican rapper cheating.

Erica had not confirmed or denied those rumors, but she did not hold back in accusing him and Love and Hip Hop co-star Kaylin Garcia of hooking up in Miami during his birthday celebration. Garcia completely rejected and denied the claims. Erica also subtly blasted Safaree for being in another country (Jamaica) enjoying his birthday while their newborn, Legend, was sick in the NICU. 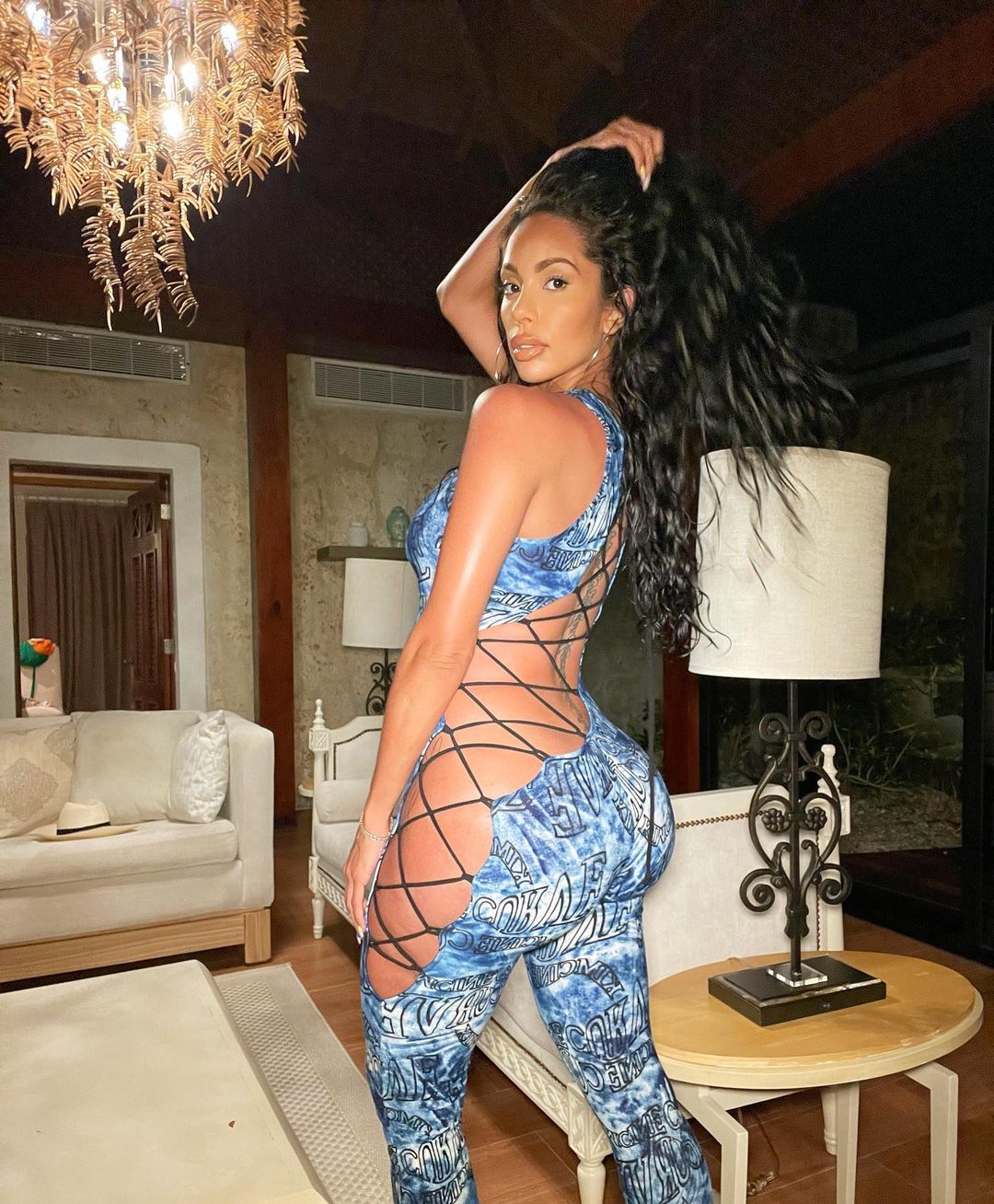 Following the baby’s release earlier this month, Erica seems to be doing much better, claiming she has learned her own strength and is confident she can do things on her own.

In the meantime, fans have been offering their support and encouragement, and due to her recent posts, she is snapping back even faster than we can keep up.