An aura of nostalgia crept up on Nicki Minaj as she reminisced on when Shaquille O’Neal hilariously proposed to her during a freestyle on Inside The NBA seven years ago. Yes, you read that right, but it was all in jest.

Let’s backtrack to a couple of years ago when Minaj appeared on ESPN for her album promotion tour and freestyled for Shaq, Kenny, and Grant Hill. During the rap-off, Shaq grabbed the microphone and begun laying down his bars, one in which he jokingly asked the rapper if he could put a ring on it. The Queen of the Barbz was clearly no match for the massive figure in terms of size, but she definitely showed the big man how to throw it down when it came to spitting.

Nicki Minaj shared the hilarious face-off with her Instagram family today, along with a pretty lengthy caption of just how unprepared she was for the show.

Her lengthy caption starts with a retake of Shaq’sunforgettable line, “Nicki MiLaj will u marry me? Oh oh she said no, man messin up the flow.”

While drawing attention to the fake proposal, she continued by outlining just how exhausting an album promotional tour can be. 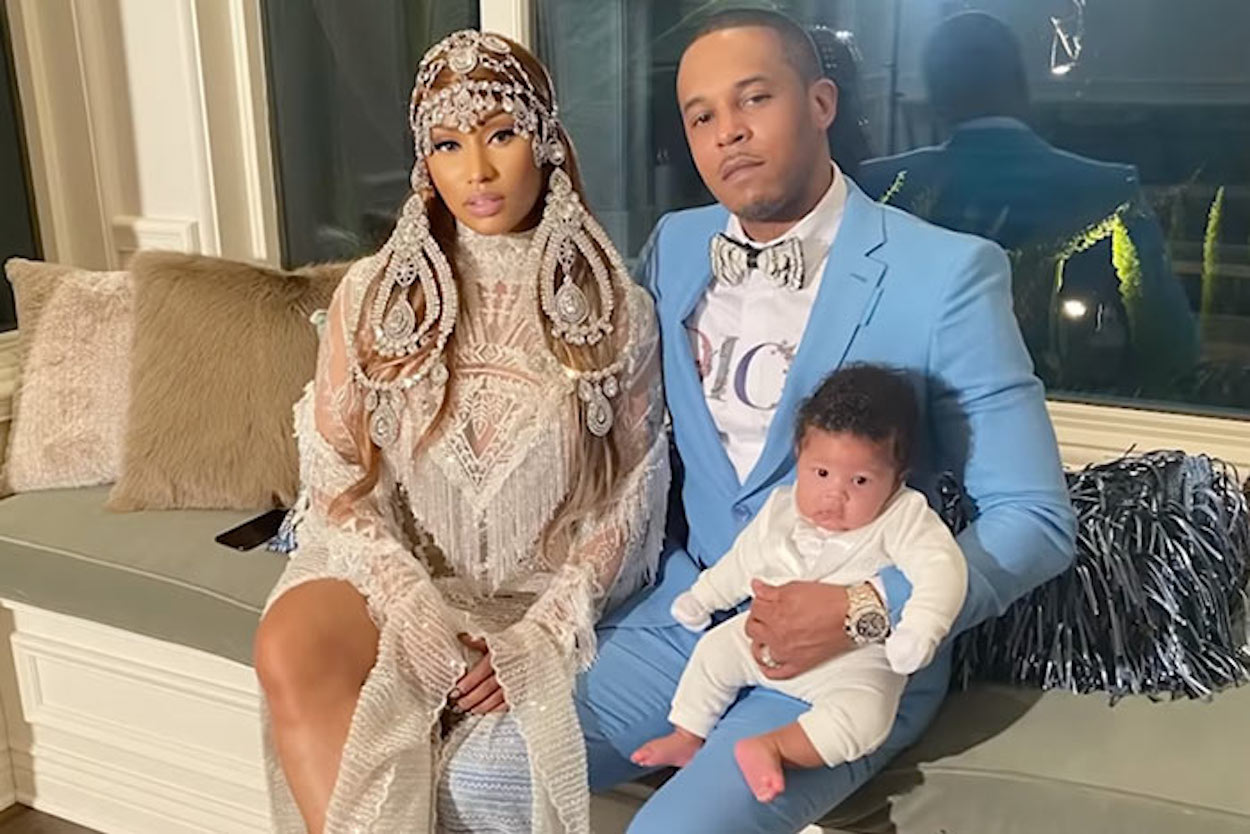 “The week of album release I hadn’t slept for days. I kept saying I’ll think of some bars while I was on the plane headed there, but once I got on the plane I was too exhausted to write or even think— I was actually in the dressing room 15 min b4 this segment trying to figure out some lines to spit on air with these GREATS withOUT being able to CURSE.”

The rapper recalled that she was very unprepared for the freestyle segment while giving Shaq credit for his awesome rebound when she said no to his request. “the only line I already had was the very last one. The other stuff was thrown together right b4 I walked out so you can see me thinking. so NO it’s not the craziest bars but it’s prob the most fun I ever had doing album promo. They made me feel so comfortable & had me cryin laughing. BTW, Shaq off the dome so when I said ‘no’ he had to keep it going & still rhyme smthn with it.”

Nicki Minaj also shared an image of a Shaquille O’Neal™ Zephyrus Bonded Leather High-Back Executive Chair sold by Home Depot for a whopping $500. She referenced the image in her caption as she questioned why she made such a lavish purchase for her engineer. Presumably, the purchase led Minaj down memory lane and her recent post, which has now provided a bellyful of laughter for her fans who joked about just how small she looked compared to the former professional athletes.

“PS Why did I buy my engineer @bigjuice205 a new chair the other day and had no clue what NAME it said on the back. This chair so damn comfortable y’all. ANYWAY, THANK YOU GUYS!!!!! realgranthill @kennysmith @ernie.johnson @shaq.”

The album that Minaj was promoting at the time was “The Pinkprint,” which was released in December 2014. The album has since been certified 2× Platinum by the Recording Industry Association of America. It was nominated for Best Rap Album at the 2016 Grammy Awards.