Drake shares a view of his unique Popcaan painting at his $100 million mega-mansion in Toronto.

To say Drake has a taste for the finer things would be an understatement. The rapper’s house, his cars, his custom airplane, his jewelry, his clothes, and his gifts are all masterpieces. The 6 God reserves a special place in his heart when it’s time to celebrate the ones he loves. Check out his impressive collection of honorary portrait-type tattoos to fully dig into the mind of one of the most successful rappers alive.

Drake has always been vocal about the people in his life who inspired him and had an impact on his career, and Jamaican OVO Records signee Popcaan fits into this bracket perfectly. Popcaan has already been gifted an OVO Owl Chain, but it seems Drake also wanted to ensure Poppy takes up some of his wall space in his Toronto mansion. Drizzy also has a Popcaan Unruly tattoo on his arm.

The rapper recently shared a few pieces from his prized art collection, and as it turns out, Popcaan’s face was clearly visible in one of them. The portrait is set on a rusty orange background and captures Popcaan before he went under the scissors to remove his full head of hair. 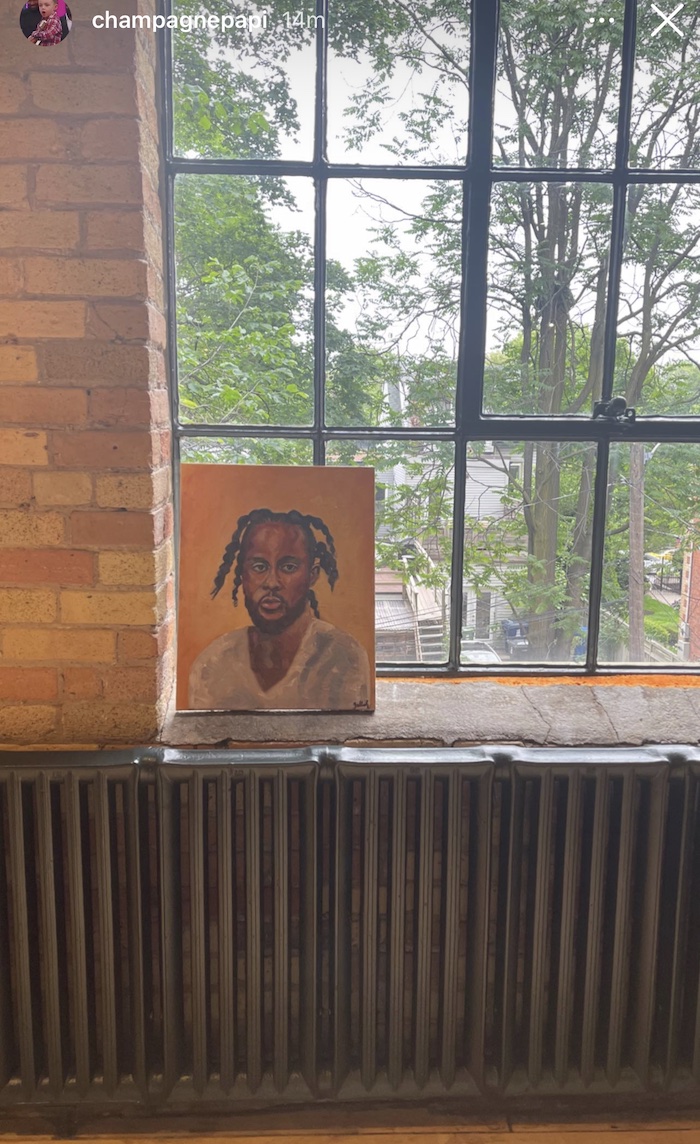 The painting, which is tucked into the left-hand corner of a window in the rapper’s house, doesn’t seem taller than a couple of feet, however, is symbolic of the huge respect Drake has for the “Numbers Don’t Lie” deejay. The two have been close for a number of years, and the bond grows with each year.

Drake made a surprise appearance at the first staging of Popcaan’s Unruly Fest in Jamaica. In 2020 he collaborated with the 876 Gud on “Twist N’ Turn” from the Jamaican superstar’s FIXTAPE album. They also reserved a bit of time to vacation on the beautiful island of Barbados at the start of summer 2020. 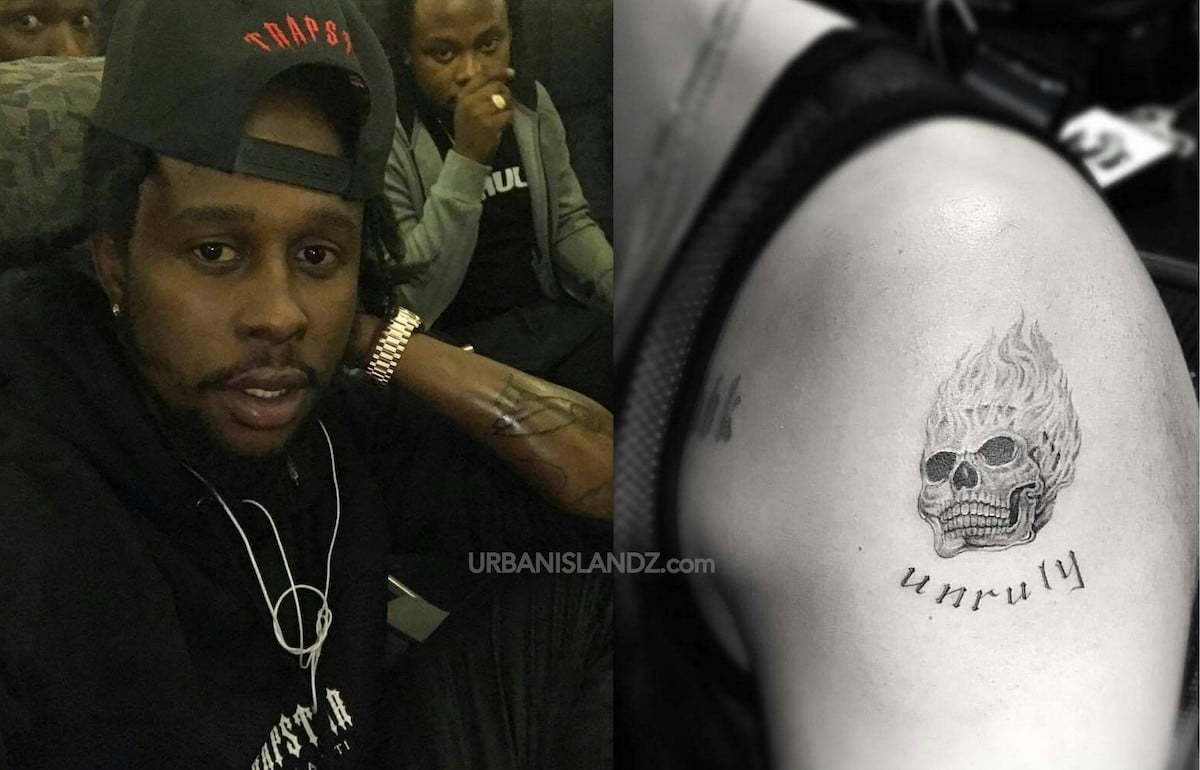 Popcaan has been laying low on social media for the past few weeks, leaving curious fans to query about his whereabouts. This is possibly the reason the deejay has not reshared the lovely artwork. The deejay still made time to let it known that the Unruly clan is still very much alive when he shared a muted video of his Unruly pendant to his Instagram Story.