Honey Milan is adamant that her new Skillibeng face tattoo is real and is not for clout.

The upcoming dancehall artiste says that the tattoo of fellow artiste Skillibeng’s name is real and that the two of them have been in a relationship for a bit. This week, fans online were shocked by the forehead tattoo as women getting tattoos are still taboo in Jamaica, and it’s also looked down upon to tattoo another person’s name on your body. Many viewed the actions of Honey Milan as a marketing tactic and publicity stunt to raise interest in her career, which she is seeking to launch.

While there were speculations that Skillibeng and Honey Milan were not known to each other, it appears that that is not true, as she confirmed that the two are indeed romantically involved. 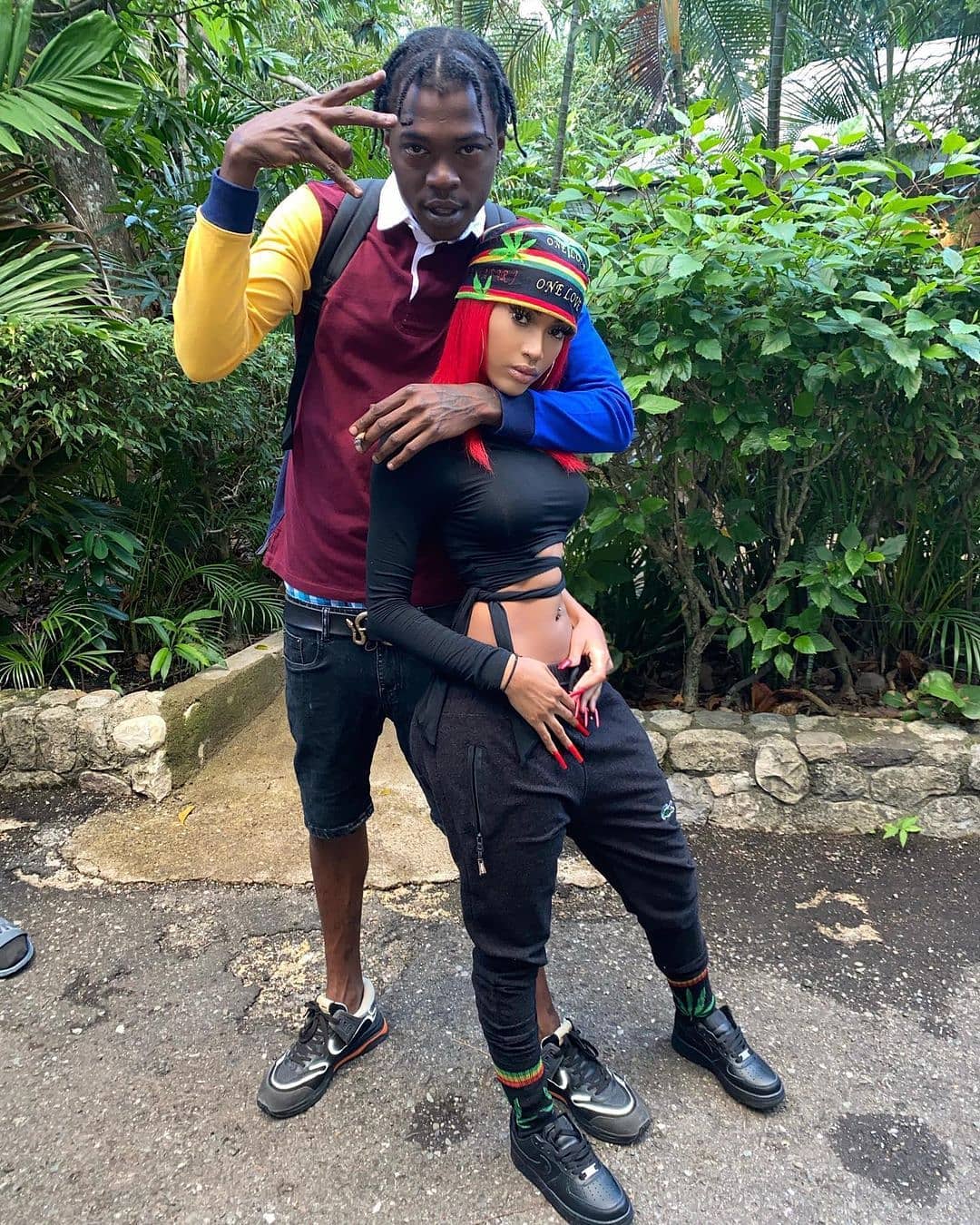 She went on to say – “He and I were living together, he introduced me to his mother.”

Skillibeng currently does not follow Honey Milan, which caused fans to laugh and ridicule her and refer to her as a “yamhead”. However, in reference to the tattoo, she says “people online think I don’t show my gratitude, everybody close to me good, cause there’s not much to explain about it,” she said. “Except that, yes, it is real.”

She, however, clarified that it is no publicity stunt and was not done in that vein.

“Me just go do it. For the people that are saying it’s a publicity stunt, I would like to say to them, ‘good day to you’ and those who stare, I am just going to stare back,” she said. “My fans who know me or love me, dem nah say nutten ’bout the tattoo, it’s the outsiders. The people weh upset ah nuh fans, my fans know me do weh me waan do and that I don’t care. They already know what time it is.”

Nevertheless, Honey Milan did say she planned to address the questions in a new track, “Change Status’ which will drop in the coming weeks.

In a separate rant posted on IG live, Honey Milan went off on those critics who ridiculed her for her tattoos as seeking clout to boost her career.

“Been have clout b***h, been have bumb*****t b***h, if unu want to talk about clout what happened to the pregnant somebody, and the people weh a buy views…ok unu nuh nothing fi say bout that? Good night,” she said.

Meanwhile, the Jamaica Star reported that neither the artiste nor her management confirmed or denied whether the tattoo is permanent.

On the other hand, Skillibeng has not addressed the saga.