Would you purchase a meal from KFC if they changed their secret recipe? Many fast food lovers would throw out a resounding “No” to such an atrocity, yet, the change may just improve on the decades-old recipe and attract new customers. So what’s the best approach? It’s very hard to say.

Much like KFC, this article is about a phenomenon Jamaicans and Jamaicans at heart are very much in love with, the island’s music. Urban Islandz caught up with fledgling US-based producer Romario English, better known as Romieikon, who recently released his new riddim compilation uniquely titled Beat Zinc Fence Riddim. With just a few days into its release, the project is already turning heads. Therefore we wanted to know a bit about the project as well as the producer’s decision to incorporate what many classify as the bare bones of dancehall, something many producers have knowingly excluded from their work.

The deejay’s Montegonian roots make his production style a bit of a head-turner. Jamaica’s wild west has long been classified as the birthplace of the trap dancehall sound, which has occupied the driver’s seat of the genre for the last five years. The arrival of the new sound has no doubt ruffled the feathers of many of the genre’s stalwarts, with the like of renowned producer Skatta Burrell putting the blame firmly on the producers.

Many have questioned the marketing power of the new swing, insisting that the new productions lack longevity and will not connect with an international market that is already saturated with varying trap sounds. Others have classified the movement as a fad influenced by the youth of the genre and heavily based on the redefined scam culture of the West. Production houses such as Attomatic Records, Shab Don Records, and Hemton Music are just a few of the outfits leading the phenomenon and crafting sounds for the likes Squash, Daddy1, Chronic Law, and many others. 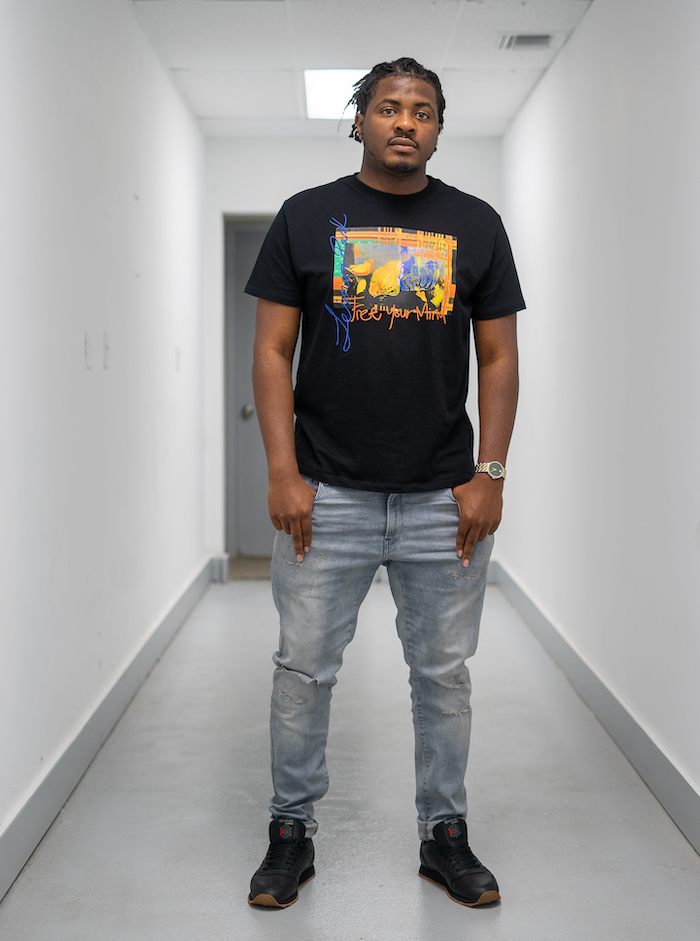 The 27-year-old Romieikon is the owner and operator of the British Linkz media platform and production house, which has been sticking to the authentic sounds of dancehall, and the rewards have been flowing abundantly. From his work with Teejay, Devin Di Dakta, Unknown Gringo, and the Queen of Dancehall Spice, it can be concluded that Romie is doing something right.

Let’s talk about your background. Tell us how you got started in production and what was the drive behind it all?

The drive began with curiosity which later turned into a passion and became a lifestyle. I first thought about doing music professionally when listening to ZJ Chrome mix the Mad Collab riddim on the radio at about 15/16 years of age.

Do you remember your first production? What was it like? What year was that?

My first production was a co-production with great X productions called World Tour Riddim in 2016 headlined by Devin Di Dakta with a track titled “Think Like A Man” and Teejay with “Mi Like That.” We put our hearts and souls into that project and we were pretty happy with the result. The Teejay track was remixed by PG Valentina and released last year under a new title called “Aphrodisia.”

You have done work with Spice through the “Rolling” which has secured well over 3 million views on Youtube. Is she the biggest artiste you have worked with so far? Who else do you hope to work with in the future?

As of right now, yes she is. I hope to work with personal favorites growing up and other emerging talent and others to come.

Can you give us any names of the persons you may be looking to work with?

Lol all the artistes with REAL talent.

We know you have a strong alliance with the Vendetta Camp, can we expect an Alkaline collaboration in the near future?

Anything is possible, I always strive to provide top quality music and work with faith.

We have noticed that the core function of your British Linkz outfit has always been new artistes, are you cautious when working with established entertainers or it is just the underdog spirit in you?

There is a mixture, I work with both. I have to connect with the person or just have a special feeling about their style of music.

As for the latest project, why The name Beat Zinc Fence Riddim?

There has been a cry for a very long time for an ‘authentic sound,’ so I decided to try to recreate that feeling. I too long for a compilation that would make me want to ‘beat zinc fence’ therefore we created what we have today.

How did you select the artiste for the project?

I selected the artistes based on their skillset. I chose younger talents to showcase their versatility on older, or for lack of better words, a more authentic dancehall sound with a bit of a twist to it. I chose who I believe were some of the future starlets of dancehall, which are Devin DI Dakta, Deeclef, C Monii, Sekklez, Kacique.

Putting together the juggling was fun and also challenging. To listen to the sound and sift through the many talented artistes that Jamaica has to offer and to nip it down to just four (4) sorta feels like an injustice in some sense. It was challenging but fun and I’m very happy with the artiste that actually came through amnd met the deadline, and here we are today with the Beat Zinc Fence Riddim.

Do you believe juggling/riddims compilations such as these play an integral part in dancehall?

Yes, I do believe that juggling riddims are important to the culture and I think they are embedded in the hearts of dancehall lovers worldwide. From generations before and generations to come, because that’s our uniqueness, that’s an identity of Jamaica. I don’t know of any other genre of music that will have a compilation of 10-12 or even more artistes on a particular beat and they are singing about all types of different topics. No topic is repeated and even if it has similarities, like you sing about women, it’s women in many different ways. So I do believe that juggling is an integral part of the culture. I’m a person who believes in time and place. There is a time and place for singles, time and place for juggling, time for reggae time for dancehall, so it works.

You explained that there is a time and place for singles and juggling riddims. Can you tell us how you approach a single release vs a juggling, and which one are you more passionate about?

In my honest opinion, it depends on the beat. Some riddim you can only hear a particular person, some you can hear various artistes. I don’t think there’s any set rules to choosing a juggle versus a single.

What is your take on Trap Dancehall? Do you believe it still has a place in the genre or is/was it just a phase that is already on its way out?

Trap dancehall is just a term, that type of music was being done before, now and will be done in the future. All music has an audience. It’s just for the creator to find, explore and make it his/her own.

Can we expect more authentic dancehall productions from you in the future?

Yes. That always the aim

Can fans expect any music videos from your latest project?

Yes, fans can expect visuals in the very very near future for the tracks on the Beat Zinc Fence Riddim.

During a recent interview, Sean Paul spoke of the importance of having a team. Are you a one-man army or do you have a team? If yes, we usually see artistes having huge teams around them, is it just as important for a producer to have a team, and how does it work?

Yes I have a small unit that I work in cohesion with and yes a team is very necessary when it comes to entertainment as one would burn out trying to wear 10 hats.

You can check out the Beat Zinc Fence Riddim on all major streaming platforms.