Popcaan appeared to be in severe pain in the clip below after seemingly injuring his eye.

If there’s anything we know about dancehall entertainer Popcaan, it’s that he loves his family, especially his mother and grandmother. Fans of the singer have been treated to adorable videos of him spending time with and being pampered and nursed by his grandmother over the past few days via his Instagram stories.

In the first clip, Popcaan’s grandmother said, “I’m gonna give you the alcohol and you rub your face.” In true Popcaan fashion, he turns her words into a quick tune and sings out loudly and happily. At this point, it isn’t quite apparent that he has a minor injury.

In the following clip, the singer compliments his grandmother telling her that she is looking super young while simultaneously teasing another family member who is on the phone, “Mi seh wi nuh want nuh barrel from yuh.” The artiste then implores his granny to say hello to his fans, to which she responds in a singing melody, “Halooo, Hellloo, How are youuuu?” Popcaan laughs at this, and it’s quite apparent where he gets his comedic personality from.

Popcaan’s grandmother is later seen tending to his swollen eye, as he records. He speculates that he might have been bitten by mosquitoes as his grandma holds what appears to be a heated cloth over his eye. “Grandma what’s that what’s that,” he says. She sweetly asks if it hurts, to which he responds, “No,” giving off a small chuckle as well.

Their following exchange is what has left his fans smiling and reminiscing of their own loving relationship with their grandparents. “Shut yuh eye,” she declares, and Poppy quickly and innocently says, “It shut grandma.” She exclaims, “Jesus!” and if you’re a Jamaican, you know exactly how anguished she is at the thought of her grandbaby experiencing pain.

Fans gushed over the adorable moments in the comments. One female user wrote, “I absolutely love this man’s relationship with the women in his life.” Another said, “He was raised with love,” while a third user praised Popcaan saying, “I love this man!!! He is such a family man!!! Nuff artiste buss big and a doubt them know how them grandma doing.”

While the video with his grandma is somewhat of a novelty for the “God is Love” singer, he regularly posts videos featuring his mother, Miss Rhona. Miss Rhona is often featured on Popcaan’s Instagram, where he regularly teases her about her church and religious beliefs. Miss Rhona, who is also a pastor, regularly chastises her son about his music which she does not always agree with due to her Christian beliefs. 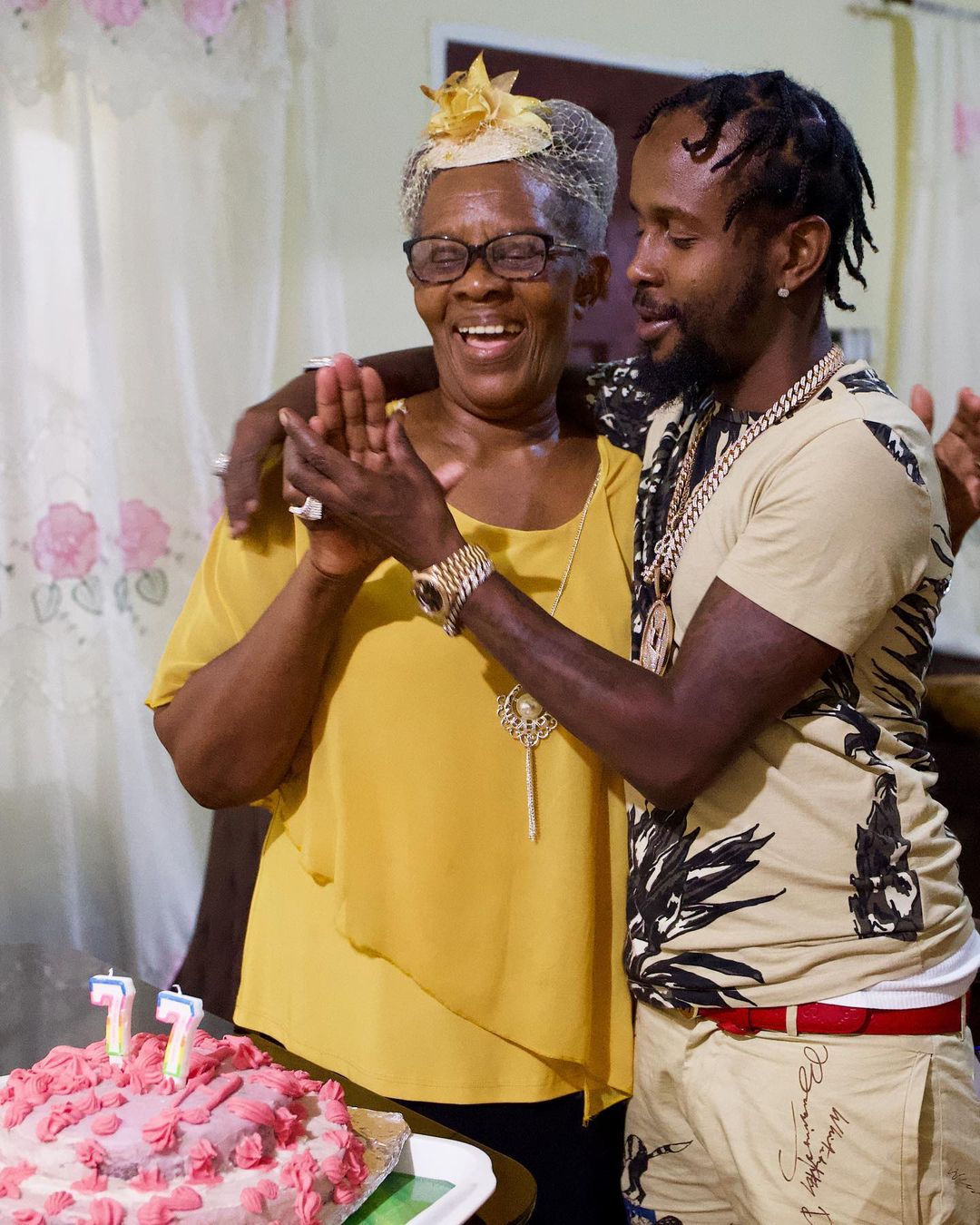 In a recent interview, she praised his latest song, “God is Love.” Miss Rhona said she was a proud mother knowing that he did a song she can put on her television when she leaves church. She also expressed that her son was a spiritual person despite his persona as the “Unruly Boss.”