DJ Khaled is in album mode in Jamaica.

The super-producer was met with a warm welcome from his longtime friend, Buju Banton. The warm welcome was not only for the We The Best Music Group chief but was also extended to his family. This meant his wife Nicole Tuck and his two sons Asahd Tuck Kahled and Aalam Khaled, also had their special one-on-one Buju time.

In a video the DJ posted on Instagram, Buju Banton speaks over one-year-old Aalam, “Aalam is the lamb of God, how are you my son, welcome to Jamrock.”

The “Destiny” singer, continued his chant while holding the hand of the toddler. “I just a see you inna di flesh. May God bless you, may God guide you, may God protect you, may God keep you holy. May your life be prosperous and whatever you do may prosper.”

DJ Khaled also posted a video of the Reggae singer embracing Asahd and engaging him in light conversations. This may be the first time Buju is meeting Khaled’s youngest son in person, but he already met Asahd. The veteran DJ, who credited dancehall for giving him his big break, is a frequent visitor to Jamaica and has even classified himself as the original “Yaad Man.”

The producer also shared a photo of himself chilling with Buju, which he captioned, “Holding a firm meditation wit my brother @bujubanton JAH LIV” finished with a Jamaican flag, along with several other pictures and videos of his stay in Jamaica.

Khaled’s love for the island’s culture is well documented, with its music and people holding a special place in his heart. The music mogul began his musical endeavors as a disc jockey, which helped him to form connections with the likes of Bounty Killer, Sizzla, Buju Banton, among others.

With dub-plates from the aforementioned, Dj Khaled became a popular disc jockey at Jamaican-based events such as Fully Loaded,  long before the fame.

The 45-year-old DJ can be spotted among a star-studded cast in the 2002 Jamaican film “Shottas” in which he played Richie’s henchman; Richie played by Wyclef Jean.

His history with Jamaica has led him to continually show appreciation on his social media pages, whether through cooking ‘yaad man stew,’ or speaking Jamaican patois. 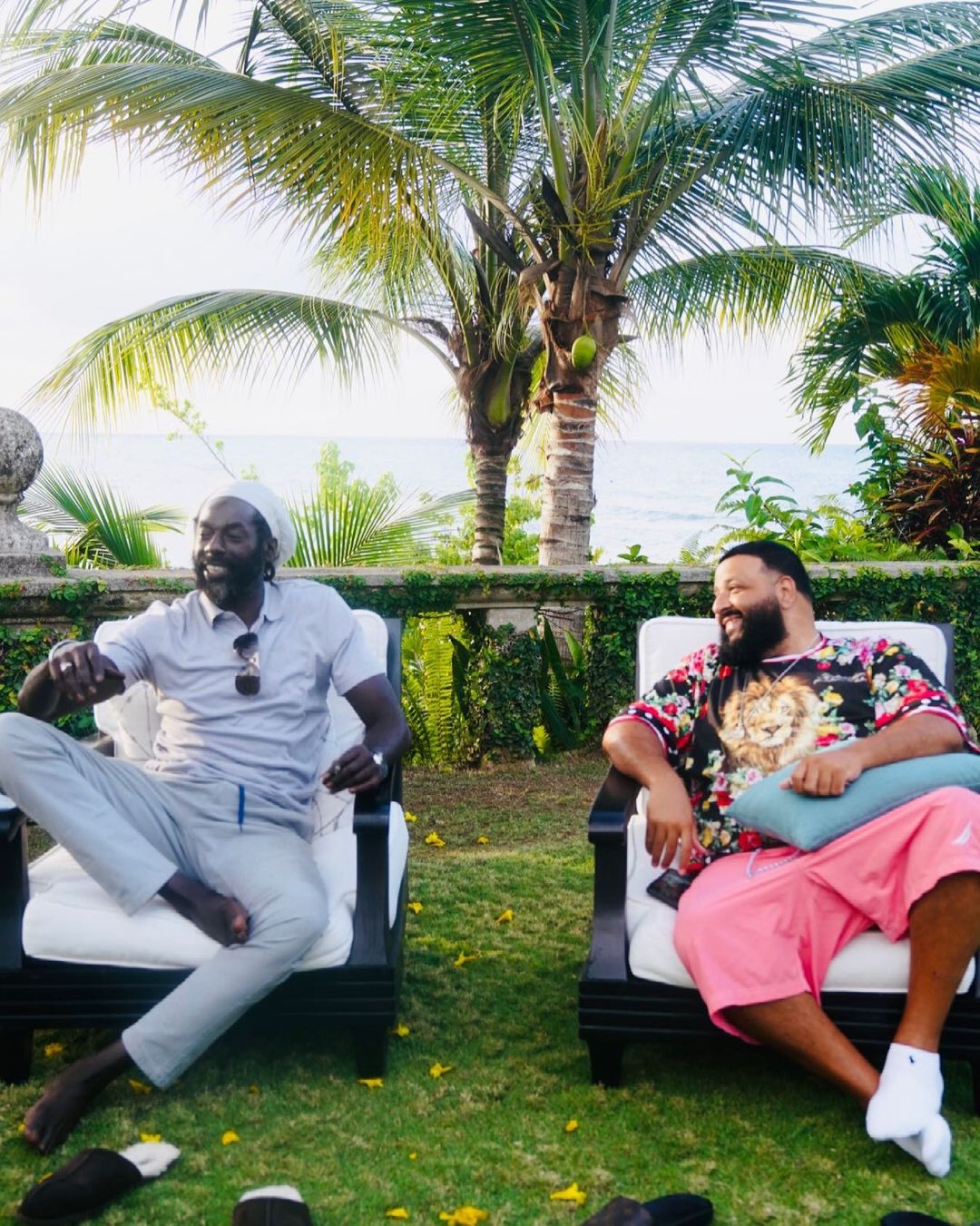