It looks like Atlanta rapper Gunna is going to have to shell out some cash after his Lamborghini was involved in a hit-and-run accident. The accident left his beige-colored Lamborghini with some obvious damage to the front. Thankfully, no injuries were reported from the incident. According to reports, the rapper was driving his car Lamborghini Urus truck when an armored bank vehicle, which hasn’t yet been identified, struck him and drove away.

He shared a small video clip of the damage to his car, which was caught and reposted by VLAD TV. The video, which he captioned, “Aye Brinks truck hit me and kept going. But I’m good tho,” showed that the driver’s side took most of the hit and that both the front and rear doors were completely dented. He also showed that the rear door couldn’t close because of the hit.

He also expresses his frustration as the video rolls on, most likely because it means his insurance rates would be going up, or he would have to pay out of pocket since the driver of the next vehicle hasn’t been identified. The “Skybox” singer has many luxury vehicles that he often flaunts on social media, so it probably won’t affect him too much that he can’t drive this one for a while. Last year he even showed off an alternate color of the Lamborghini Urus while chilling with Lil Durk.

The Georgia rapper scored his first Billboard topper last year with his album “Wunna,” which sold the equivalent of 111,000 sales in the United States, according to Nielsen Music. Most of that figure was based on streaming activity, with his loyal fans clicking on his songs 144 million times in the album’s first week out. He seems to have rebounded quickly, as his last Instagram post shows. 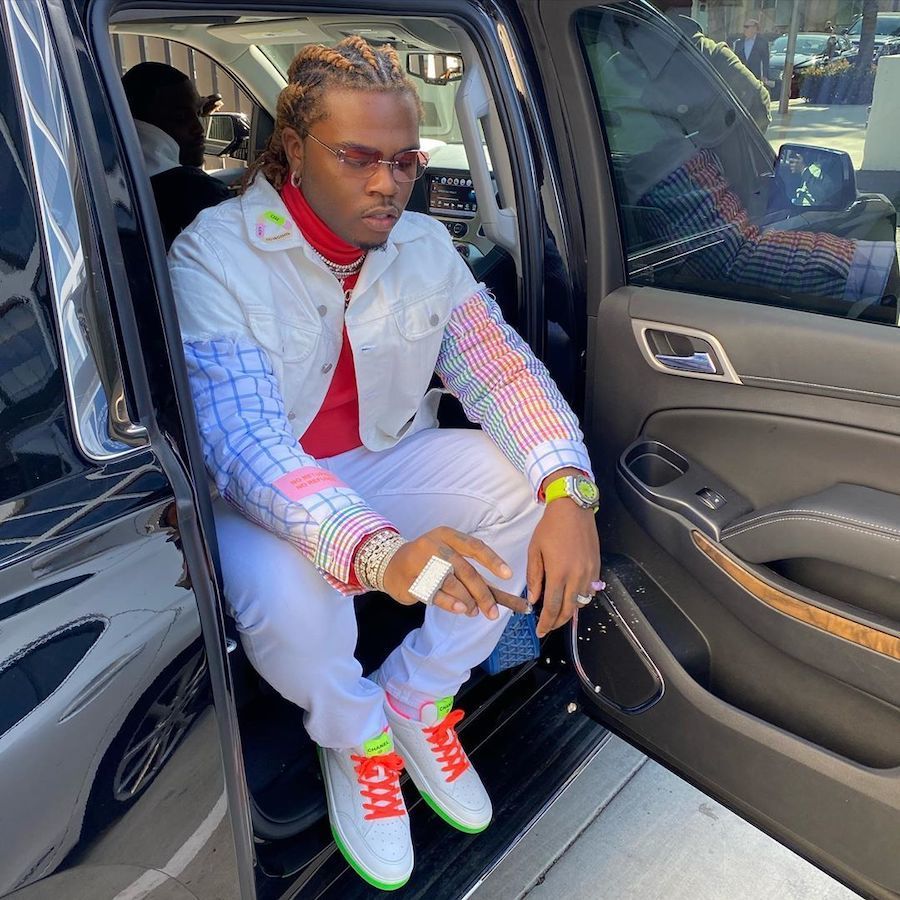