Lil Nas X’s music video is taking on a different layer of disagreement as sneaker giant Nike has moved to sue the company that collaborated with him to create his “Satan shoes” for the controversial video that was released days ago.

The Nike branded sneakers which are said to have been infused with a drop of human blood, all in the effort of making the impact of the music video controversial, caused Nike to get backlash from some fans who reacted against Lil Nas X’s music video, “Montero (Call Me By Your Name).”

On Monday, the sneaker company filed a trademark infringement lawsuit in federal court against the company that made the customized Lil Nas X “Satan Shoes.”

The description of the “Satan Shoes” says it has a bronze pentagram, an inverted cross, and real human blood. The shoes which were auctioned off by Lil Nas were sold out almost immediately. The shoes were made by New York Based art collective MSCHF using the Nike Air Max 97s and the blood of employees who “sacrifice for art,”, and according to the company’s creative director Kevin Weisner in a confirmation reported by CNN, there was a limited-edition drop of “666 pairs sold out in less than a minute.” 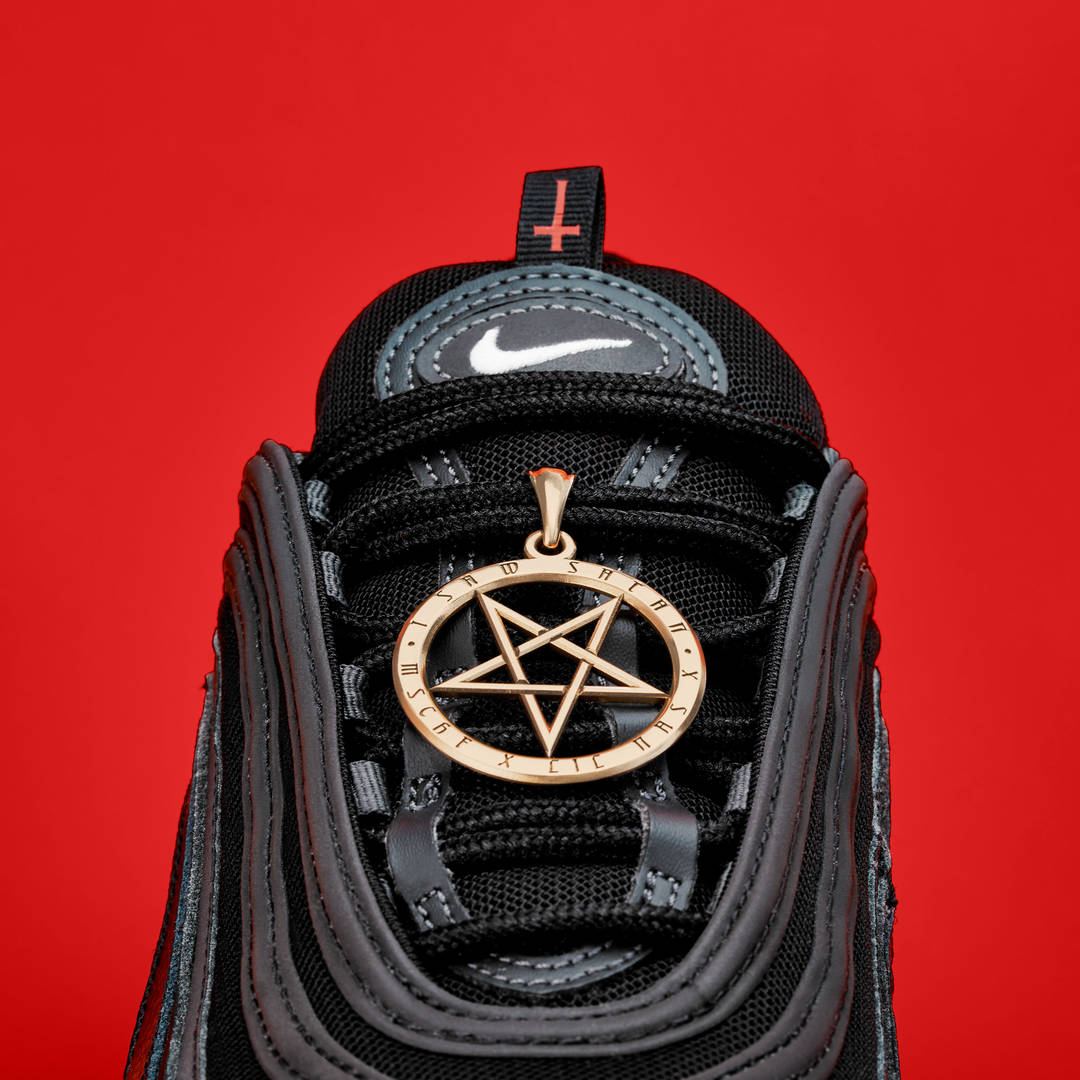 The numbers ‘666’ is often a direct reference in the bible to the devil and the mark of the devil and something that Christians condemn.

Everything about the shoes is symbolic, including the price. According to Weisner, the sneakers sold for $1,018 a pair – the numbers used being a numerical reference to Luke 10: 18, which says, “I saw Satan fall like lightning from heaven.”

The shoes sparked outrage from many high-profile figures, including religious leaders and politicians who called the sneakers “evil” and “heresy.”

Nike distanced itself from the use of the shoes for the purposes it was made and previously on the weekend said, “Nike did not design or release these shoes and we do not endorse them.”

The company’s lawsuit does not name Lil Nas X as a defendant in the complaint but the documents filed say Nike must maintain control over its brand “by setting the record straight” on its authorized products that bear its iconic and distinctive “Swoosh” logo. Many fans condemned the company as they thought it was a Nike collaboration.

“In fact there is already evidence of significant confusion and dilution occurring in the marketplace, including calls to boycott Nike in response to the launch of MSCHF’s Satan Shoes based on the mistaken belief that Nike has authorized or approved this product,” the company said in its lawsuit.

me after the nike lawsuit pic.twitter.com/XVLjHlSrru

He also shared another one which he captioned “me after the nike lawsuit,” which was accompanied by a Squidward clip in which a beaten, battered, and bruised looking Squidward is seen sitting in a carton box with a cup in which he begs “spare change, ma’am” to passersby.

In a previous video that teased he was apologizing, the video starts, but before the “Old Town Road” artist can get to the apology, the video cuts to the “Montero” – “Call me by your name”, video.