Spice let her creative juice flows for a cinematic video for her single “Frenz,” a track she released in the midst of her falling out with Shenseea and former Team Spice dancers.

Love & Hip Hop: Atlanta star Spice is back with brand new visuals for her fans. The veteran dancehall artist dropped off the video for her single “Frenz,” and it is already generating buzz. In December, she released the official audio for the track on YouTube, and it has since garnered well over a million views.

In the new visuals that feature black and white scenes of Spice reminiscing on herself as a child, the deejay dons her own brand Grace Noir as she performs the heartfelt track. “Smile inna yuh face dem a chat behind yuh back / Gwaan like dem a sheep but dem a wolf inna pack / Nuh mek dem bil yuh weed wid lizard tail and gi yuh crack / If walls coulda talk to yuh trust me you woulda shock,” Spice deejays. 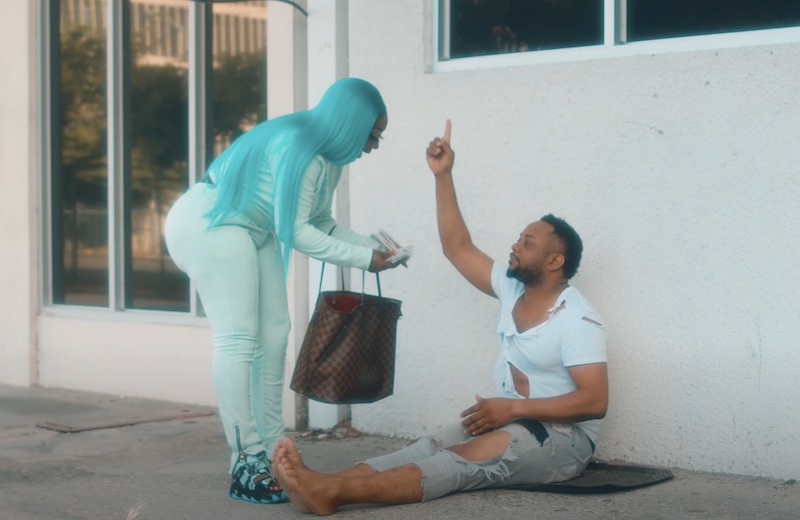 The dancehall star is seductively clad in a turquoise bodysuit and white thigh-high boots in an early scene. The visuals go on to explore themes like trust, deception, and betrayal. The cinematic picture boils down to Spice reacting theatrically to seemingly being poisoned by a fake friend before being sentenced to a cruel death by a mob.

The 6-minute and 42-second video is actually quite creative and clearly followed a script that hit close to home for the deejay who performed passionately. In one poetic scene, a betrayed Spice sits with an array of knives and scissors in her back as she recites the opening line once again, “Mama used to tell me friends not good for you girl / But I know I will learn the hard way.”

The official music video for “Frenz,” which has already amassed over 100K views in a few hours, follows the deejay’s video for “Watch My Life,” which was released early this month.