Majah Hype was arrested and placed in jail in Cobb County, Georgia, on Thursday night.

A copy of the charge sheet released on the internet shows that the popular comedian, whose name is Joseph Nigel Theron, was booked around 9:30 PM on felony kidnapping charges, one count of simple battery, which is a misdemeanor, and felony terroristic threats. The document also shows that Majah Hype was born in New York, although he has claimed that he is born on a Caribbean island and has based his entire career on his skits in various Caribbean accents.

Popular blogger Babzy posted that the Majah Hype’s bond was set at $16,720. The description of the comedian also shows that among his tattoos, he has one that says ‘Kirby’ named after his estranged ex-girlfriend.

The alleged victim, in this case, is Kirby, who was formerly in a relationship with Majah Hype. However, the two parted ways after she went public about the comedian was physically and sexually abusing her for years and has even held a gun to her head during one violent incident. What transpired after was a messy break up in the public light as Majah Hype alleged that Kirby was a promiscuous woman. He also revealed private conversations from her phone on a live Instagram video. 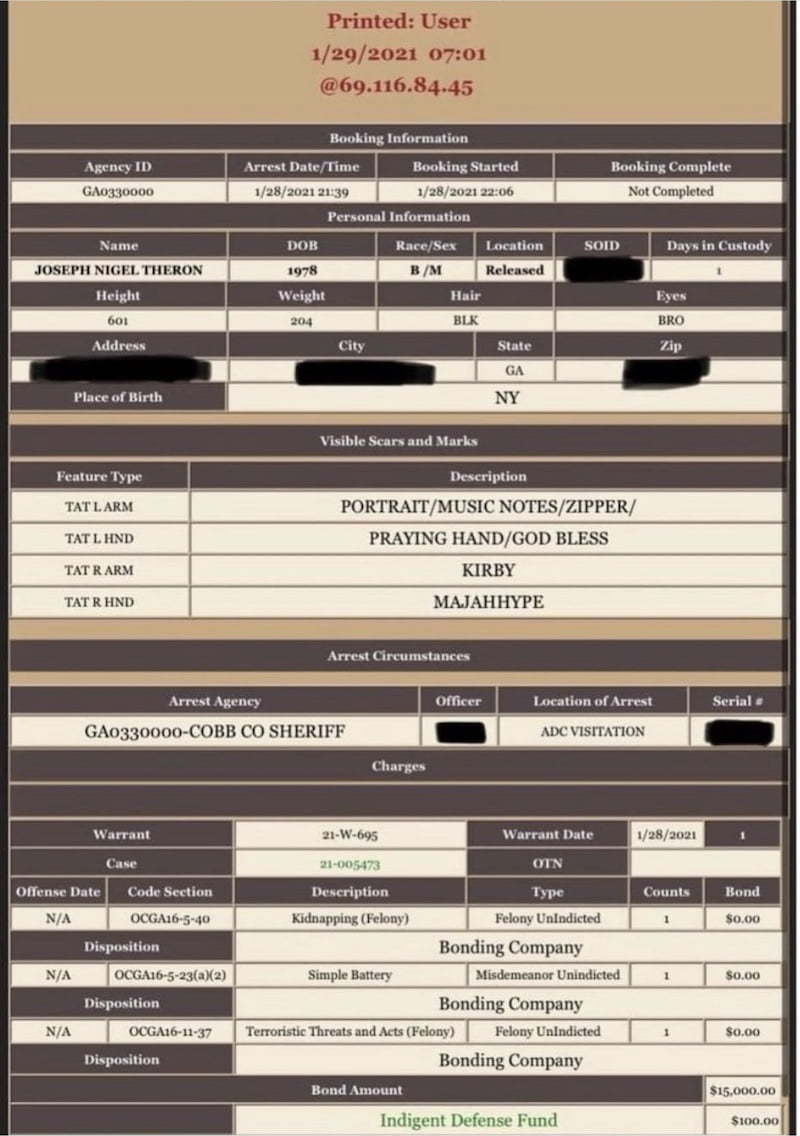 Later several sex videos that purported to be Kirby were released online, and she alleged that Majah Hype, who has custody of her old phone, was the one leaking the videos. Majah Hype has denied the claims saying she has a bitter baby father who was responsible for leaking her content.