Saweetie says Quavo proved his love by offering up a piece of chicken.

There are many people in this world who eat for sustenance but for some of us, it’s all about the experience – from the very first succulent taste to the stereotypically best last bite. There is also a disparity between those who are willing to share food and those who aren’t, and for some of us who aren’t the Joey Tribbianis of this world, that decision is the yardstick for true love.

Saweetie has been in a relationship with Migos rapper Quavo for a few years now, and with all the lavish gifts that they have exchanged throughout their time together, you would think she’d have an extensive list of luxuries to assure her of her boyfriend’s love. Interestingly enough, the “My Type” rapper said it was a piece of chicken that communicated how Quavo really feels about her. “The moment I realized that Quavo really loved me is when he saved me some of his food,” Saweetie reportedly told Page Six. “He gave me his last piece of chicken.” 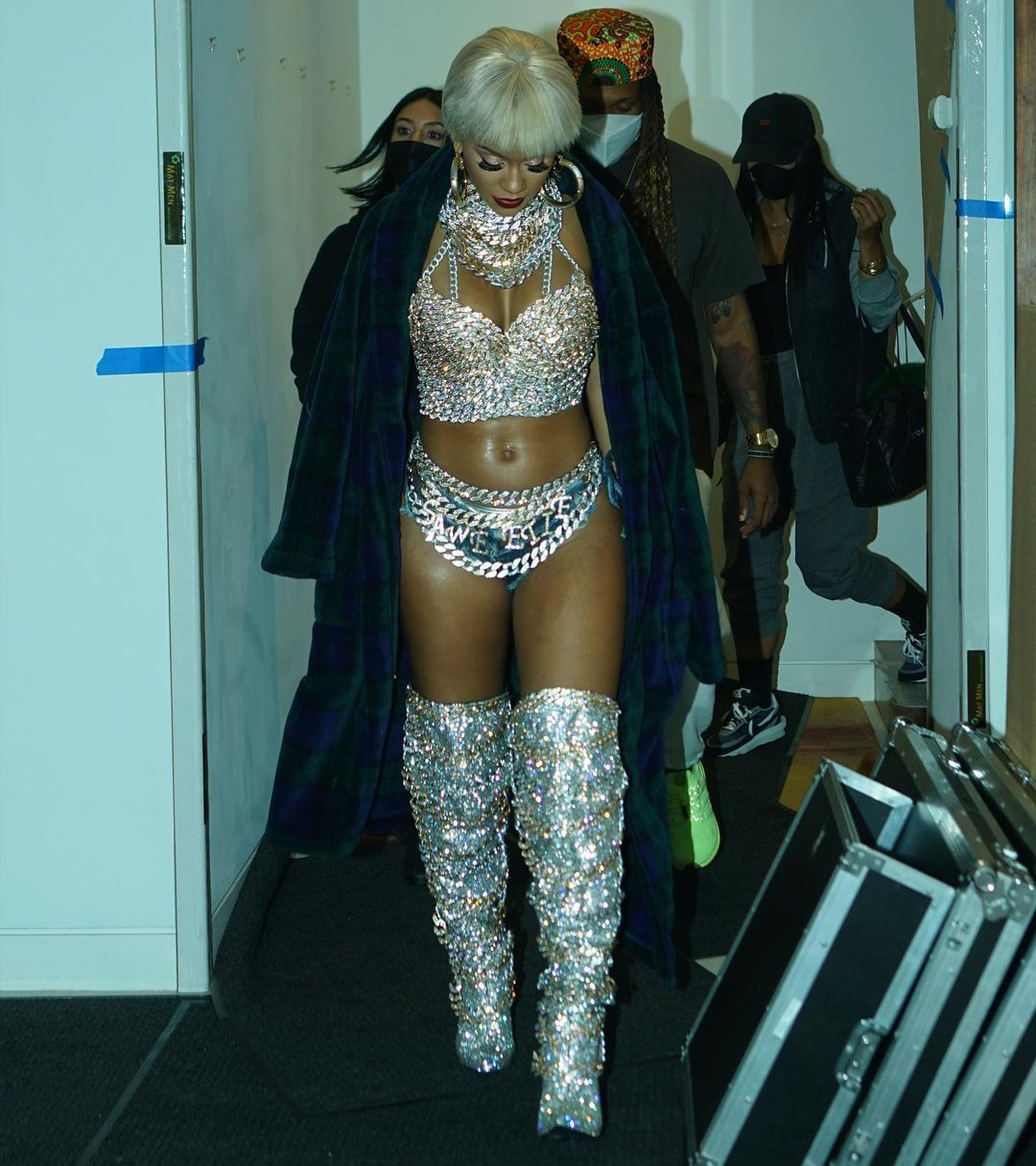 “I wasn’t testing him or anything,” she continued. “I’ll be coming out of a Zoom meeting or done doing something and he would have saved me some of his food.” Granted, the last piece is worth much more than a bite and should qualify a sixth love language, but you can imagine the surprise when fans learned that the brand new customized “Icy” Bentley that Quavo gifted her for Christmas didn’t do the trick.

Saweetie explained, “Those are the things that really matter: the things that have no price on them. The Bentley is cool but I’m really into intimacy and how you treat me with my emotional feels.”

Some fans see the humble revelation as an improvement following Saweetie’s controversial “If he not getting you a Birkin, if he not paying for your bills, then throw that n***a back to the street” comment last year. Perhaps at the time, she thought the last piece of chicken was a given.