Shenseea totally snapped in her new freestyle and earned some fire emojis from one of the greatest female rappers of all time, Missy Elliot.

In the words of famed producer and rapper Missy Elliot, dancehall Rebel Shenseea “snapped” on her scorcher of a freestyle uploaded to her Youtube account mere hours ago. Shenseea had a sit down with her former labelmate Bishop Escobar where she was asked to deliver something before she headed out.

Her personal deejay was right on hand and provided the backing track for “Don’t Rush,” produced by English producer Grades for Young T & Bugsey featured Headie One. After taking a second to get herself comfortable with the track, she requested a rewind then began dropping bombs with every flick of her tongue.

Fans have been penning their favorite lines all through the comment section of the Youtube upload and below her promotional video on her Instagram account. The likes of Missy Elliot, Tarrus Riley, Ding Dong, Michael Rainey Jr., Shaneil Muir, Safaree, and Teejay all confessed to her demolition of the beat by the Interscope Records Signee. Teejay and Romeich of the Romeich Ent. Camp from which she hails should be extremely pleased about being mentioned in the biting lyrics. 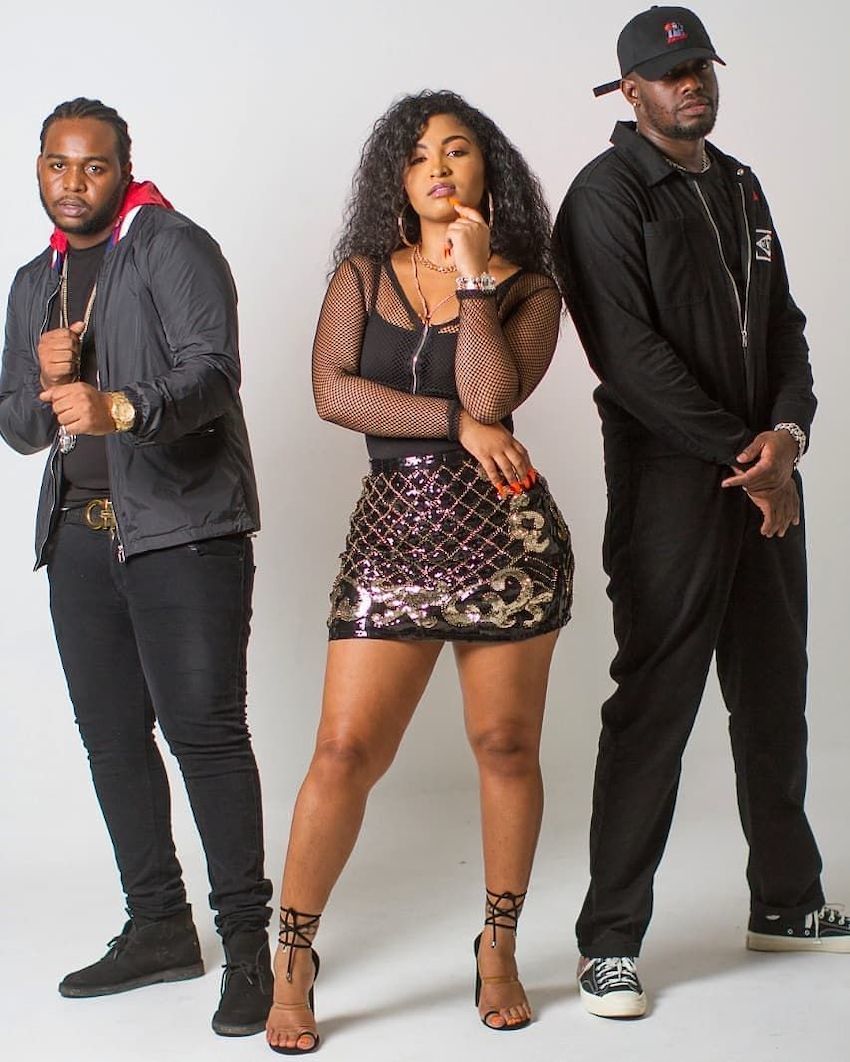 Shenseea credits Teejay for her badness.

The latter part of her performance saw a blue-haired Shen doing a rendition of her track “Bad Habit,” which was released in April 2020. The track has since amassed 800,000 views on Youtube, which is one of Shenseea’s lowest charting tracks on the platform for 2020. Despite what many would consider a slow year, Shen managed to secure well over a couple of millions on her releases on the platform.

Some of her standout hits include the music video for “Trick’a Treat,” with over 8 million views; “The Sidechick Song,” which stirred controversy with its edgy content leading to over 16 million views; and the audio for “Wasabi,” which is comfortably moving towards 4 million views.

Shenseea also worked with some of the top music video directors to provide some truly interesting video concepts for the likes of “Good Comfort,” in which she played a tough cop. That video earned her over 6 million views, which was rivaled by her supermarket excursion in “Sure Sure,” which snagged over 4 million views on Youtube. Still, those numbers dwindle when compared to Tarrus Riley’s “Lighter,” on which she was featured. The official music video has since earned 35 million views on Youtube.

“Rebel” and “Bad Alone” are late entries in the impressive 2020 catalog securing 8 million and 3 million views, respectively. No wonder the songstress was provided with the prestigious title of Female Artiste of the Year by The Jamaican Gleaner.

With such an extraordinary 2020, all eyes are on Shenseea for 2021, and her fiery freestyle is definitely one of the best ways to kick things off. During a 2020 interview, the “Blessed” singer highlighted that she would be releasing her much anticipated debut album sometime soon, fingers crossed that it takes place in 2021.

What else would you love to see from Shenseea in 2021?