Vybz Kartel is seemingly blasting another dancehall artist for being “hype” while allegedly still paying rent.

After a gasp-worthy subliminal on Instagram, fans believe that Vybz Kartel is trolling his longtime rival and labelmate Aidonia. It is rumored that the “Aircraft” deejay was recently evicted from his family mansion in Kingston & St. Andrew. Sources alleged that the family was being kicked out for failure to pay rental fees, and the owners were on the verge of suing. Though the claims remain unsubstantiated and many Aidonia stans came to the dancehall star’s defense, others are running with the narrative anyway.

In the midst of this, Vybz Kartel took to Instagram Stories to share a message for a “lukewarm b-class artiste,” but in all the name-calling, he cleverly avoided the mention of the deejay’s name. “Den how it so hype n still a pay rent? Jus move bk een wid u parent,” the dancehall mogul wrote. The two dancehall artists definitely have a long history, one that has spanned decades, and we have seen Kartel take jabs at Aidonia before. 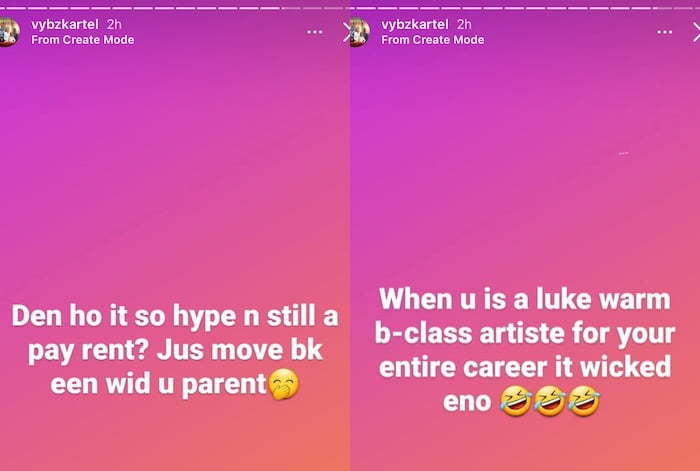 Since rumors of the eviction started spreading, Aidonia has refrained from addressing it – as he should if it’s as absurd as it sounds. The deejay’s wife Kimberly Megan, however, took to Instagram to laugh at the rumors, sharing videos of a fun night out on her Instagram Story. “Watch eviction,” she wrote with a laughing emoji on one post. Aidonia and Kimberly’s stans were supportive of her clapback and wrote the slanderous rumors off as solely that. One even pointed out that the couple purchased another home in 2020. 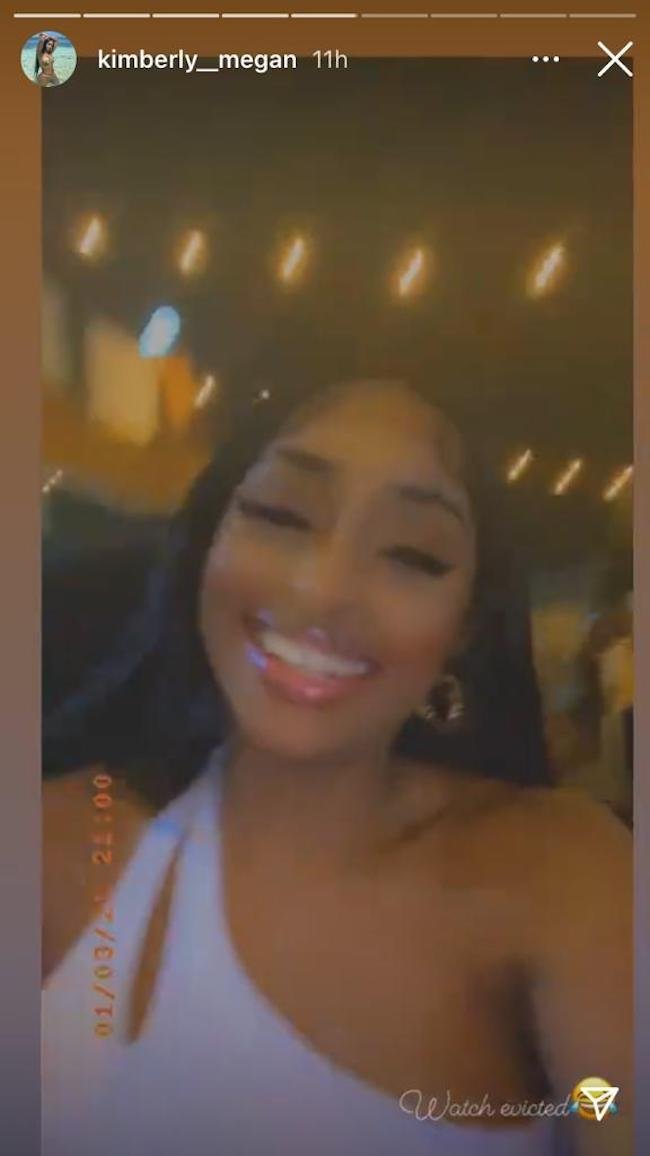 The discussions on whether they are renting or not and are moving out or not remain pure speculation for now. Regardless of clear facts coming to light on the situation, fans think they’ve connected the dots with Kartel’s latest post. The incarcerated deejay went on to say “When u is a luke warm b-class artiste for your entire career it wicked eno,” he wrote with a series of cackles on his Instagram Story.

Do you think Vybz Kartel was throwing shade at Aidonia?