Skillibeng seems to be recovering from the recent drama in his life, and a new woman has come out of the wood works claiming to be in “a full blown relationship,” with the artiste.

Twitter fans apparently dug deep and “investigated” a video in which the young lady, now identified as Taveionn Telfer, is seen wearing a jacket that Skillibeng owns. The young lady said she is breaking her silence after fans accused her of being a golddigger “you guys don’t know nothing about this relations, you guys know nothing about where we’re coming from or how we got here so let’s just leave it here.”

“Respect our space, timing, and respect that we are humans too and we should be able to do stuff on our own timing too, everyone deserves that,” she said. “leave both of us alone, please I’m begging until we are ready.”

Meanwhile, fans came out to criticize her for owning up Skillibeng even though he has not acknowledged her publicly. However, the artiste posted on Instagram stories that thanking his bae Taveionn for his PS5.

Skillibeng has been in the spotlight a lot lately, mostly related to his sudden rise in 2020 as one of the top 5 most streamed artistes on YouTube. The artiste is hoping to launch his international career riding on this wave. 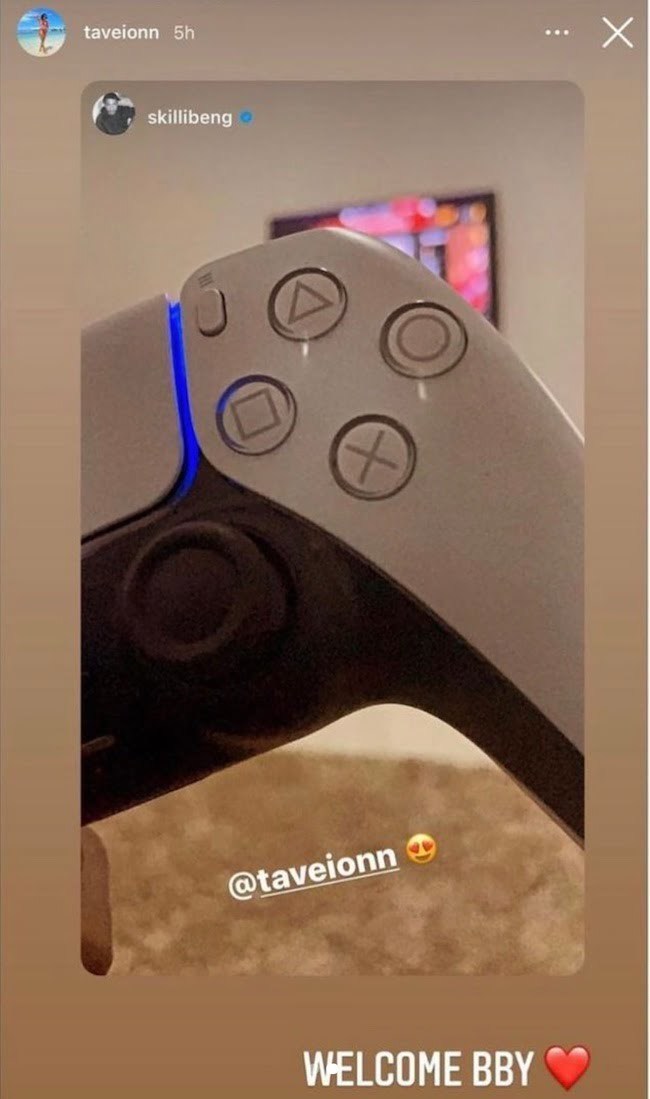 His rise to fame hasn’t come without its fair share of drama. The artiste recently did a DNA test on a child he reportedly conceived with another woman, but the test came back to say that Skillibeng, whose real name is Emwah Warmington Jr, is not the father. He was apparently playing the father role but had paternity doubts. The mother of the child later said Skillibeng took up the role of father, and he even knew they had a casual relationship since she was involved with other men. She said he went behind her back to get the DNA test done.