Young Thug says the internet blew his Jay-Z comments out of proportion.

The “internets” is being blamed again for yet another regretful remark that can’t be taken back. It’s become an epidemic – the volatile influence that the world wide web has on any given idea. While we can’t deny the power of the online community’s highfalutin dialogues and presumptuous deductions, we can point to it when accountability eludes us. Young Thug was remiss in not adequately elaborating when he understated the singable tunes in Jay-Z’s extensive catalog.

The rapper who has been on a press run as he is gearing up to release his new album Slime Language 2, has been making headlines for anything but. In a recent interview on Gillie Da Kid’s Million Dollaz Worth Of Game podcast, the Atlanta rapper said he has dozens of songs that his audience sings word for word when he is performing. On the other side of the spectrum, Thugger said that “JAY-Z ain’t got 30 songs like that.”

Amidst an onslaught of backlash from fans, Young Thug apparently does not want to be in Hov’s bad graces, so he is groveling for a reprieve and claims his quick mouth is to blame. Taking to Instagram Stories to address the matter in the midst of a media frenzy, the rapper wrote, “Don’t have Jay-Z on me cause of this internet sh*t, I was talking too fast but y’all know what I meant,” he explained. Surely it’s barely enough to do some effective damage control, but it certainly counts for more than his silence. 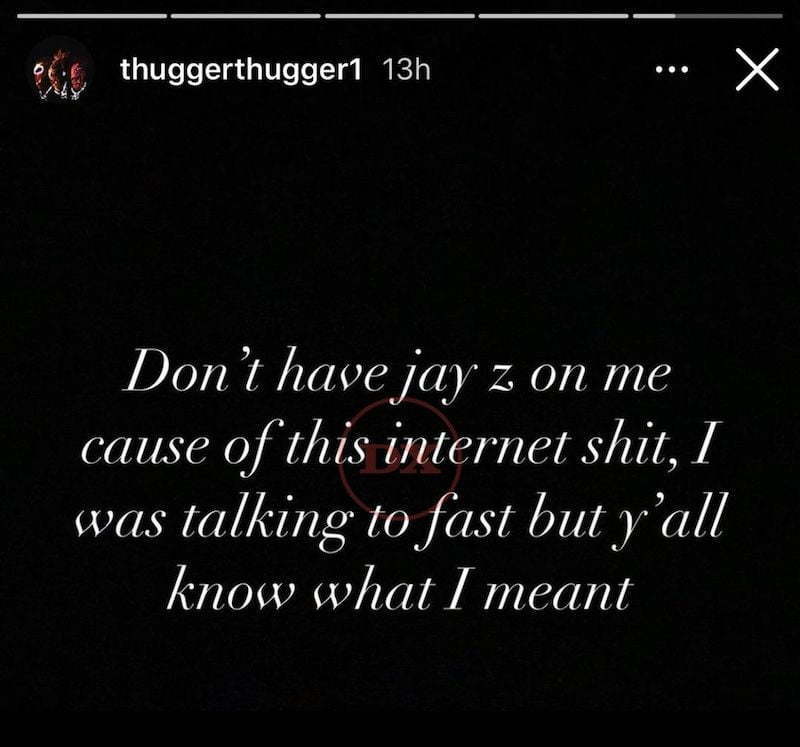 To be fair, the rapper did try to recant his statement in the interview, however inadequately. When the host contended that Jay-Z does have the hits and anthems that would incite a stadium chorus, Young Thug said, “I’m just sayin’, I’m not literally saying him, I’m just saying, n***as who you thinking.” Unfortunately, like everything else that celebrities put out there, when their fingers type faster than their brain or their mouths move quicker than their thoughts, it was much too late for Thugger to avoid a public lynching.

Do you think Young Thug meant less harm than the internet instigated?