French Montana and Kash Doll seem to be a thing as the two have been flirting online, fueling dating rumors that’s been swirling for months. French Montana posted a steamy picture from his recent XXL cover shoot with his entire upper body and torso showing off his abs with a motivational caption- “don’t count the days make the days count”. Kash commented under the photo, “I land at 6 babe,” clearly letting the other drooling women on his timeline know she’s staking her claim.

French replied he’s on the way, setting fire to the rumors that the two are a thing. The Bronx native and Kash Doll have been rumored to be dating since August 2020 after a video of the two playing basketball and cozying up together was shared online. Fans also speculated that French was sending Kash Doll lavish gifts, although she did not disclose who the sender was on her social media. 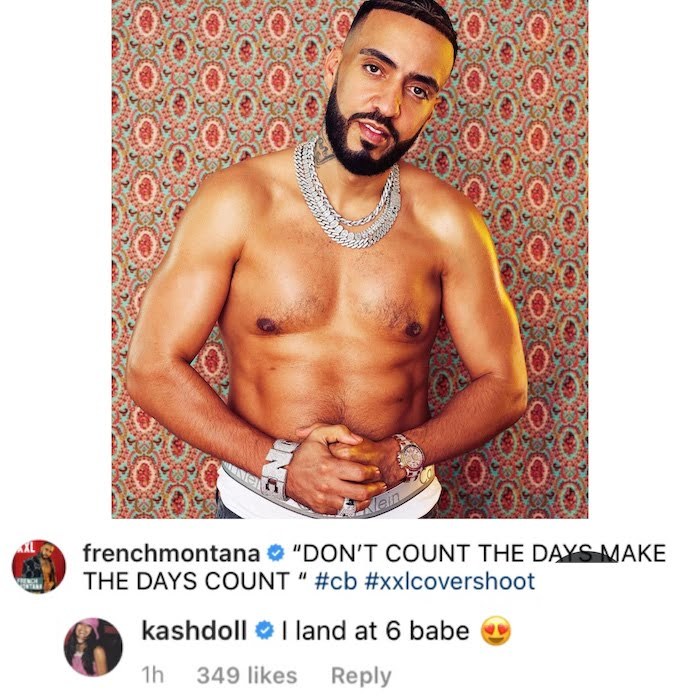 Kash Doll is a Detroit rapper who’s dated Tory Lanez in the past and also once claimed to be engaged to Omarion, something many views as a joke. She’s worked alongside Drake and Rick Ross, and others. Meanwhile, French Montana has dated many celebrities, including Iggy Azalea, Sanaa Lathan, Khloe Kardashian, Trina, and others.

Kash Doll and French ???
I promise i wont hold his hand at the family gatherings when niggas gotta pray ?

Not my mans mad about Kash Doll and French. I’m about to beat his ass lmao