50 Cent says a Verzuz battle between Drake and Lil Wayne would be less tense than Gucci Mane and Jeezy.

Swizz Beatz and Timbaland struck a goldmine when they introduced the Verzuz music battle on social media earlier this year. The online live entertainment series has come to be somewhat of an iconic weekly presentation in the hip-hop world, and with so many people regularly looking forward to the show, it’s only natural that fans and critics alike will start to come up with their own desired pairings.

Most of the duels so far were definitely a replication of what fans want, but there are some that we’re pining for still. Much like 50 Cent, who recently revealed his take in an interview, fans would love to see Drake and his former mentor Lil Wayne go bar for bar on the Verzuz stage. 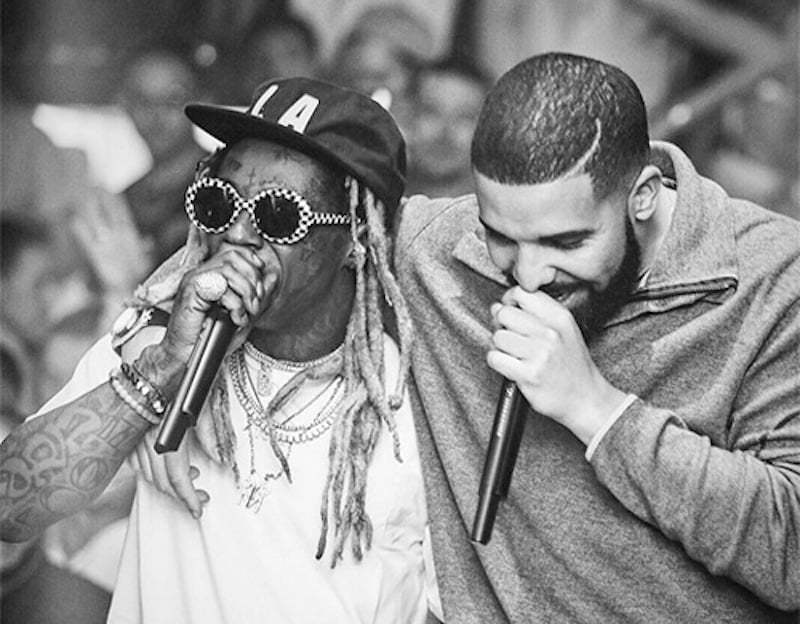 A number of the round-ups thus far, namely, the highly anticipated face-off between Jeezy and Gucci Mane, was quite controversial because of their sordid past. Granted, that fact only exacerbated the intrigue, but 50 Cent believes a battle between Weezy and Drizzy would rival its predecessors sans the tension caused by a tumultuous history.

While promoting his refreshment brand Branson Cognac recently, 50 Cent says he thinks a Drake and Lil Wayne Verzuz would be best because of the momentum. It would certainly be quite a thrill to see the Young Money alums and two of the best rappers in the game compete in a friendly, and as Fifty points out, the two artists have different styles but are of the same period.

The TV mogul likens a Drake and Wayne Verzuz with him and Eminem, noting that Wayne provided the opportunity for Drake so the pairing will be entertaining to watch but not have a negative connotation because of the mutual respect between them. Ironically, Fifty says with that negativity eliminated, it may not get as much attention as say, “smoking on Pooki Loc,” which he quotes from the controversial battle between Gucci and Jeezy.

Would you be here for a Verzuz battle between Drake and Lil Wayne?