Rihanna is teasing her fans with a new cherry-print bikini.

Lockdown has not been kind to all, with many putting on weight due to boredom eating and gyms being closed, but Rihanna does not seem to be among them. Not based on the latest photos of her in swimwear that she put on the ‘gram anyway. RiRi made sure she was color-coordinated as she donned a white and red bikini with little cherries, along with a red Chanel bag draped on her shoulder, rose-tinted sunglasses, and red lips to boot. “Phuck a photo dump,” she wrote in tbsp caption.

The “Russian Roulette” singer is no stranger to modeling her Fenty wares, often posting pictures of herself in her own Savage x Fenty lingerie. The 32-year-old is also very focused on her company’s new skincare range at present, having announced that Fenty Skin products will be available from Sephora the day after Christmas. 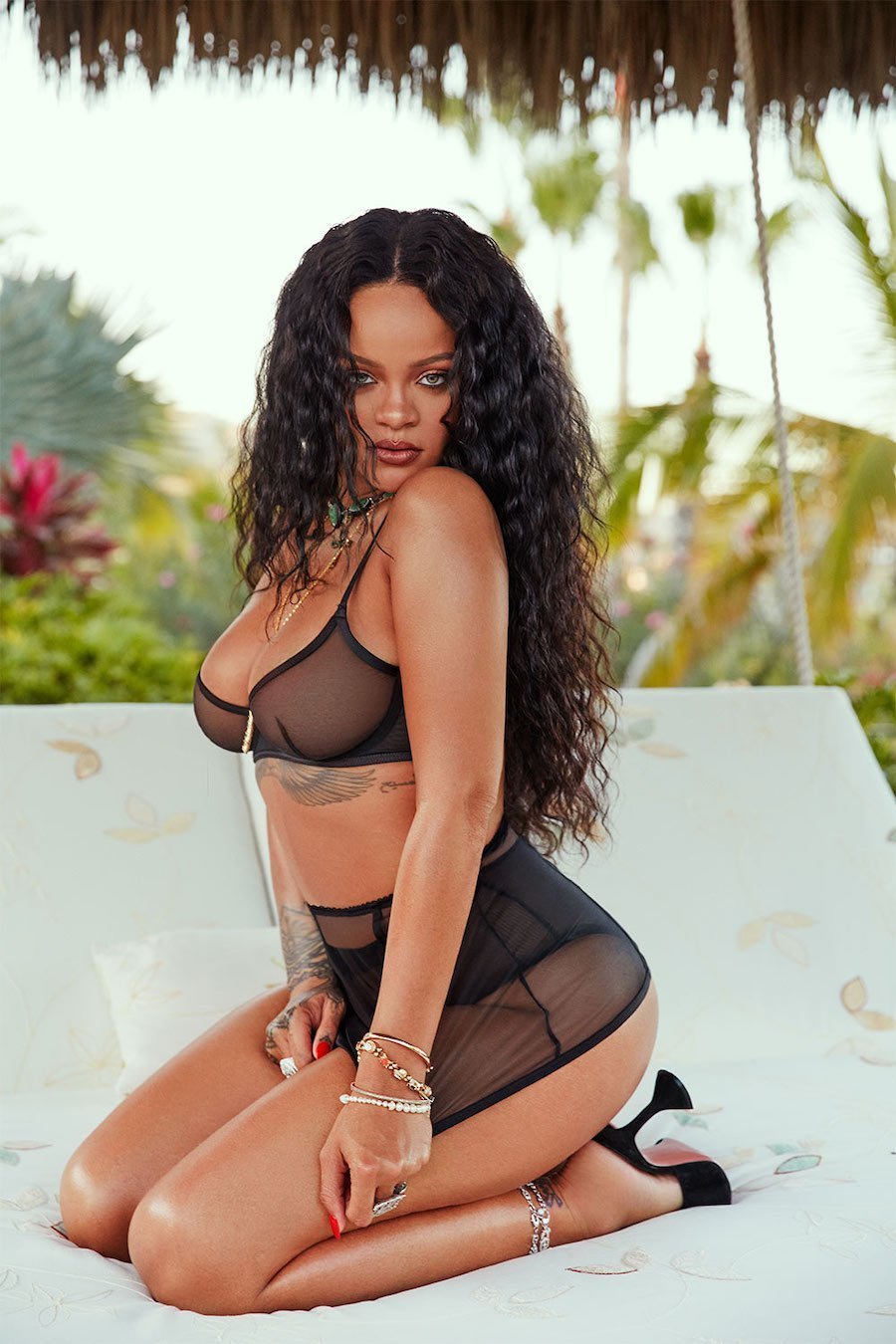 As excited as RiRi’s fans are by the possibility of getting glowing skin like the Bajan babe’s, the Rihanna Navy is still upset that yet another year has almost gone by without any new music. It is 12 months since Rihanna trolled her fans on IG by posting a meme about listening to her upcoming but choosing not to release it yet.

Fans had hoped that the post signaled that R9, as it has been dubbed, would soon be on the way, but we once again find ourselves in December with no album to show. Despite this, Pharrell revealed that his producing duo, The Neptunes, produced one of the tracks and described Rihanna as being “from a different world.”