Spice is finally clearing the air following the news that the father of her two children allegedly raped one of her former dancers DHQ Danger, and she also allegations that she was practicing Obeah against other female dancehall artiste.

Now the So Mi Like It artiste has come out to lend her support to Danger, who she says she believes, and she has urged Danger to report the matter to the police. According to Spice, what was a plot and scheme by RT Boss and Nicholas Lall to destroy her backfired.

“Yuh end up flop yuh own self, you try fi flop me and it backfire and fly up in yuh face and I never lift a straw or lif’ a finger…the man a call up mi name and call down old house fi tumble down on me.”

Spice also says she is supportive of Danger because many women experience sexual trauma but are crucified when they come out into the public. “mi see some a unu a say a lie Danger a tell and why she never come out and talk but a nuff girls out there going through the same thing and dem fraid fi talk because we a di same one weh say dem a lie.”

Meanwhile, Spice says she does not want to be associated with Lall in any way as she called out news sites for using her name and image associated with Lall. “da man deh bring me through hell. Unnu know the man weh come out fi bring me down and im’ plot and scheme and make im’ owna voicenote a sent to himself and it make me laugh but when my own baby fada go pon Instagram live fi bring me down fi make me feel a way.” 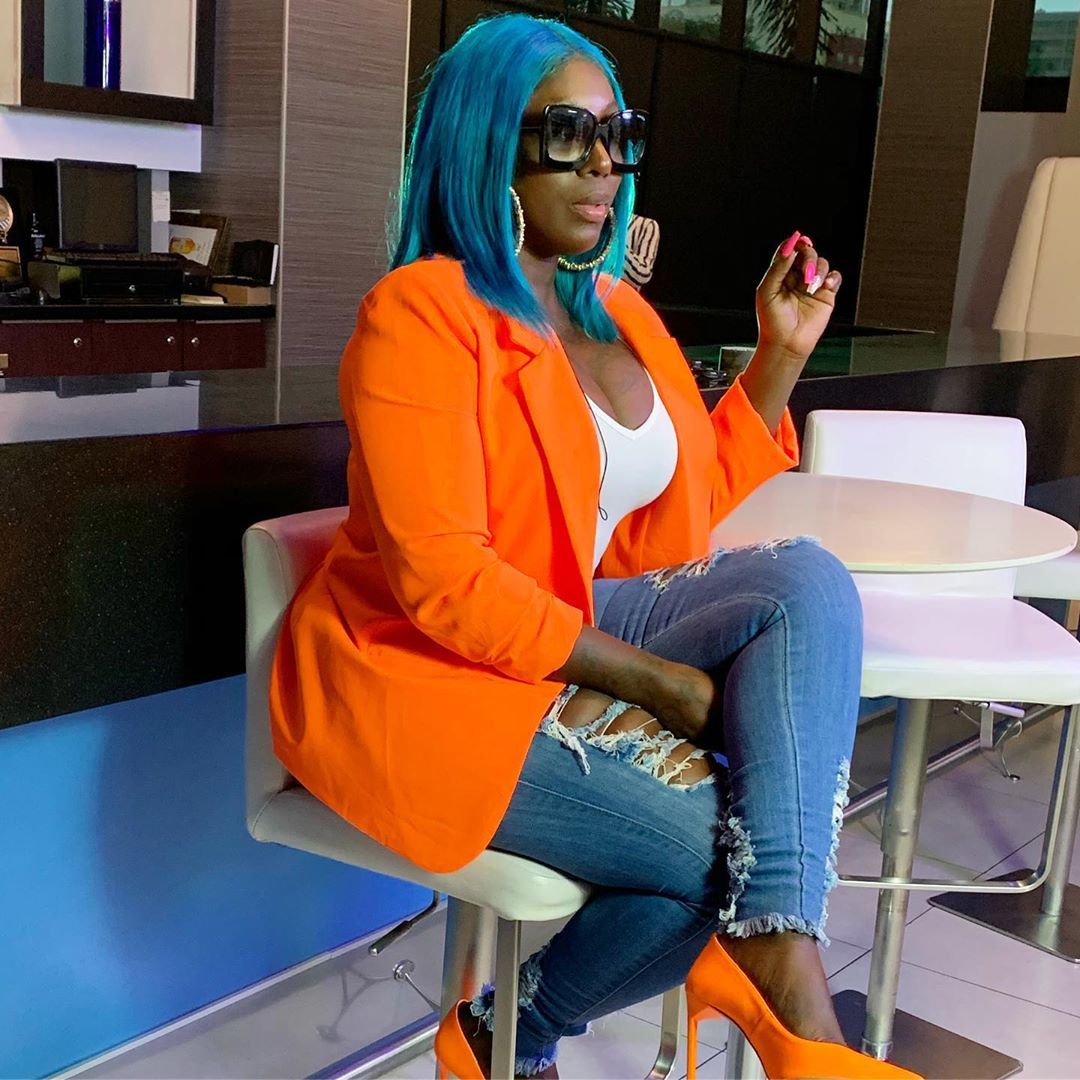 Is Baby Cham the father of Spice children?

She also responded to the rumor that one of Spice’s children is not Lall’s biological child. RT Boss said that the child is allegedly Baby Cham’s. But Spice says Lall should who also resides in the United States, should take a DNA test if he has any questions as to paternity.

“You mention mi son, now inna everyting you say we know the lie dem…mi nuh worry bout the lie dem weh ya tell, yuh see when ya go mention my son, no go deh. Dnt dweet. Dnt talk about my son, don’t say mi pickney dem name. Eddiat Nicholas you go pon the live fi bring me down and end up bring down yuh own son.”

Spice also responded to Lall boasting that he had sex with Danger.

“Yuh feel like when you say yuh f**k Danger it ago look bad pon me and people ago laugh and say Spice Baby fada did a f**k an her…memba a years mi inna the house and we nah have sex…God mash up the plan and dash it in unu face.”

Spice says she would have supported Danger had she known that she was raped. “mi nuh care baby fada or baby fada not, any man weh rape deserve fi go a prison.”

Spice added that she and Danger have made up but that she wished that Danger had never kept it a secret from her what happened.

Meanwhile, Spice has some words for RT Boss, who has been stirring the pot and making wild allegations that involve Lady Saw, Pamputae, Macka Diamond, etc.

“God nuh like wicked…Never you bite the hands that feed yuh. Memba yuh talk outta yuh own mouth say a mi make yuh deha farrin s that means everything say weh u come achieve yuh have to give thanks to me and say respect.”

Spice became very emotional as she disclosed that she has been in dancehall for about 20 years, but it was only a few years ago that she got her big buss. However, she says that she is supportive of all other women in the business. “Eerybody affi fi come eat…everybody have their own share inna music, a so music go sometime up and sometime down.”

She also responded to RT Boss, claiming he helped Spice to become what she is in life. “One thing mi ask that man, if yuh do so much for me why you don’t do it for yourself?”

Spice also became emotional and broke down in tears as she recalled the many years that she hustled to get her big break in dancehall as a poor girl from Braeton. She recalls sleeping outside of parties to get people to listen to her CDs and begging DJs to play her records.

“When mi deh a roadside fi sleep fi get my song fi play, when mi go a dance and stand up next to Rooksy, Boom Boom and Richie Feelings…mi suffer and struggle, bare hngry weh unu did deh when I hungry and couldn’t feed mi self or mi pickney..weh unu did deh when mi house bun down and mi homeless….”

Watch the videos from her Live below.