Spice says she is not into “Obeah” business as she responds to accusations from her alleged former spiritual adviser, RT Boss.

Jamaican entertainer Spice has been battling a sea of controversy following decisions made by self-proclaimed spiritual advisor, Nardo ‘RT Boss’ Smith, to expose some of her darkest secrets. The “Head” singer is not the only one being drawn into the flame since the conversation has now reopened old wounds for her former dancer DHQ Danger, who was booted from the camp some years ago.

Smith’s reasons for outing his former friend center around him not getting the help or recognition he believes he deserves for his work in molding Grace Hamilton into the now beloved character of Spice. As relayed by Smith, his efforts made to successfully move her into the position as the Queen of Dancehall has not been fruitful for him. The acquisition of a US Visa is the only help he claims to have received, hinting that Spice should have played a bigger role in his development as an entertainer.

Things got pretty personal pretty fast when Smith mentioned that Hamilton is not the woman everything thinks she has. Lesbianism, witchcraft, and jealousy are all claims recently laid against the female entertainer by Smith in his LIVE session. A usually hotblooded Spice remained calm for hours following Smith’s session, however, broke her silence with a series of now-deleted posts in which she claims that RT simply wants clout to promote his musical career. 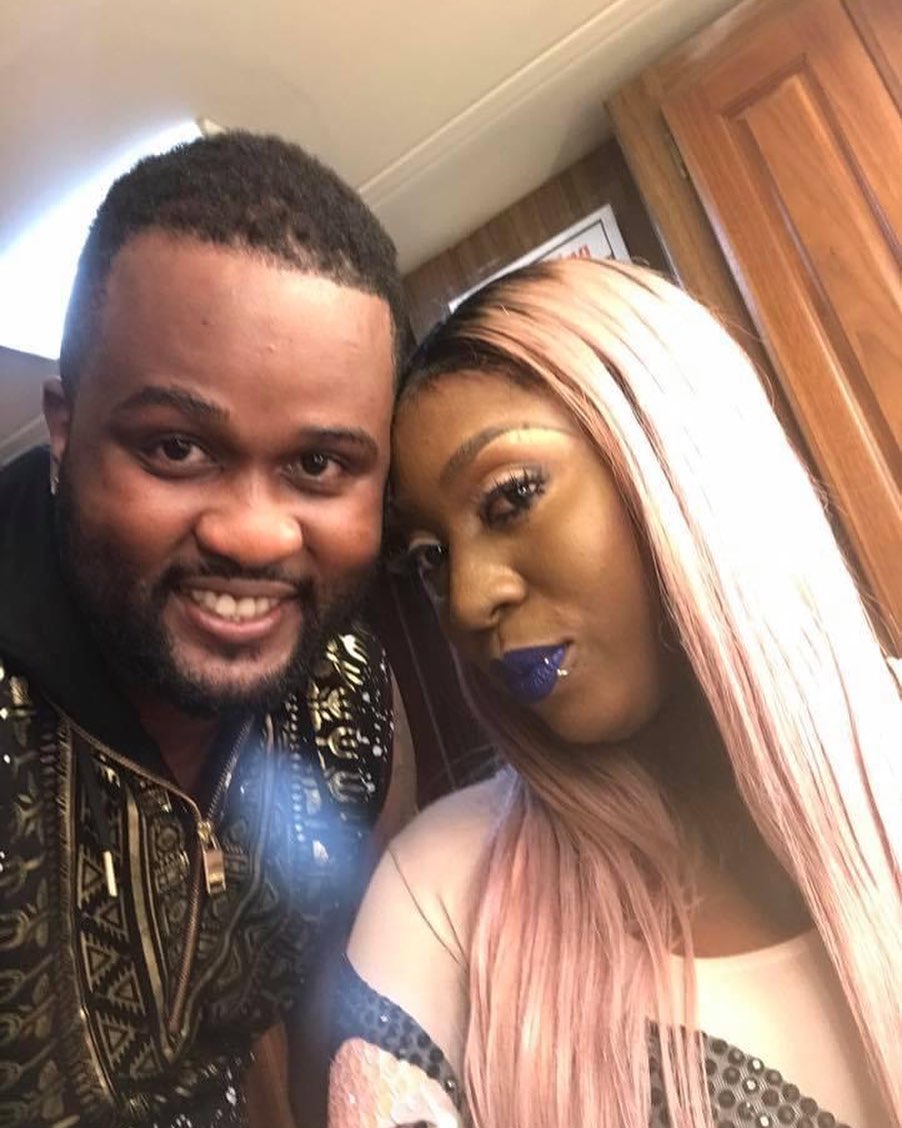 In one post, Spice can be seen coaching RT Boss in the studio while he tried to record a song she wrote for him.

While not naming her naysayer, she shared an image of a snake before providing this warning.

“Use me as reference, watch your friends and listen to them keenly. ” She continued, “be wise; when they say ‘people say’ or ‘people thinking,’ they are really talking about themselves. DO NOT MENTION his name below, I refuse to answer because he’s hungry for attention and fame but I refuse to give him what he wants. My voice notes with him are being edited to suit his desire but I have one question, ‘IF YOU DID SO MUCH FOR ME WHY YOU CAN’T DO IT FOR YOURSELF?’ They will come one by one and I will still be right here standing. I WILL NOT ANSWER THIS DEMON.”

As per the accusations of witchcraft and obeah, Spice had this to say.

“One thing you can’t say I never indulge in your obeah talks nor obeah a soul,” she said. “Mi no work obeah no time at all. A God my thing deh, periodttt. I’m my own prayer warrior and this too shall pass. You can never, ever, ever release a voice note wid mi a speak evil on no one.”

The final straw to distance herself from obeah or any form of dark magic came when she shared audio recordings of her previous conversation with Smith, who was acting in the capacity of her spiritual advisor. Smith recommended the use of dark magic to help her stay afloat and to block any hate directed at her. She refused the suggested treatment. 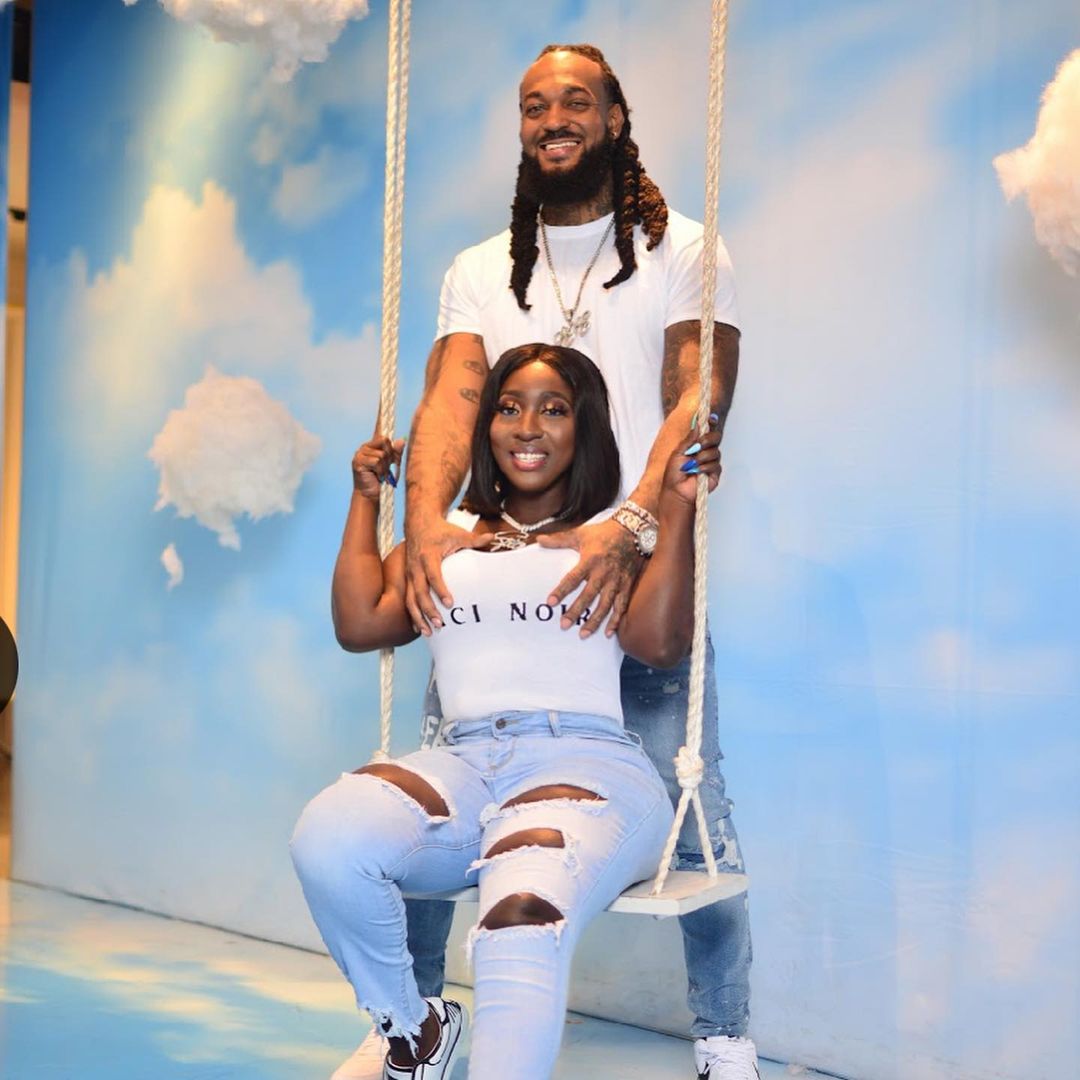 Smith shot back with his own receipts in his follow up LIVE. In one clip, he shared that Spice had employed his services to vet her current boyfriend, Justin Budd. His session even had a few callers, with one being Spice’s ex-fiance Nicholas Lall. Lall was immediately hit with topics surrounding an old contract between himself and Spice, claims of him not being the father of Spice’s son, along with Spice alleged sex tape.

Nicholas, who was Spice’s former road manager, was only interested in answering previous allegations of him engaging in oral sex with Spice’s friend and former employee, DHQ Danger. Lall denied performing oral but admitted that they did have sex.

The matter reached DHQ Danger, who took to Instagram to share that the sexual encounter was not consensual and she was actually raped. Danger explains that this is her first time publicly sharing what actually happened three years ago in Europe, and up until two weeks ago, Spice was unaware of what actually took place. She was kicked from Team Spice in 2018. The chilling details have since sent shockwaves through social media, with many, including her sister DHQ TallUp, calling for justice through the courts.