Future’s baby mama Brittni is telling him off after a fracas at their son’s 8th birthday party.

Chaos erupted at Future’s son’s birthday party last night after a dispute between him and his son’s mother, Brittni Mealy, escalated into her straight cussing him out. Brittni shared the moment on Instagram stories before removing the video clip shortly afterward, but it wasn’t before the explosive moment was already circulating online.

In the video, Brittni is outside the venue, seemingly accusing Future of doing something wrong. “Look how the f**k his son feel,” she says. At one point she yelled, “Why are you touching me?!” to which Future calmly responded, “I ain’t touching you, stop, please,” as he appeared to be mortified by the eyes on them while she made a scene.

Brittni revealed on Instagram what Future did to tick her off so bad, and fans are in disbelief that she is alleging that he disrespected his own son. “I don’t even do this but @Future you a real p***y you knew to hide and run when I came cause you don’t want this smoke b***h,” she wrote. “Boy you ran from my kids p***y a** h*e!! Run like yo scary a** always do b***h!” She later added, “Who tf tells a 8 year old f**k him and he will shoot up his mom n***a a real b***h. Don’t come back begging like yo a** always do simp cause you dead to me after tonight.” 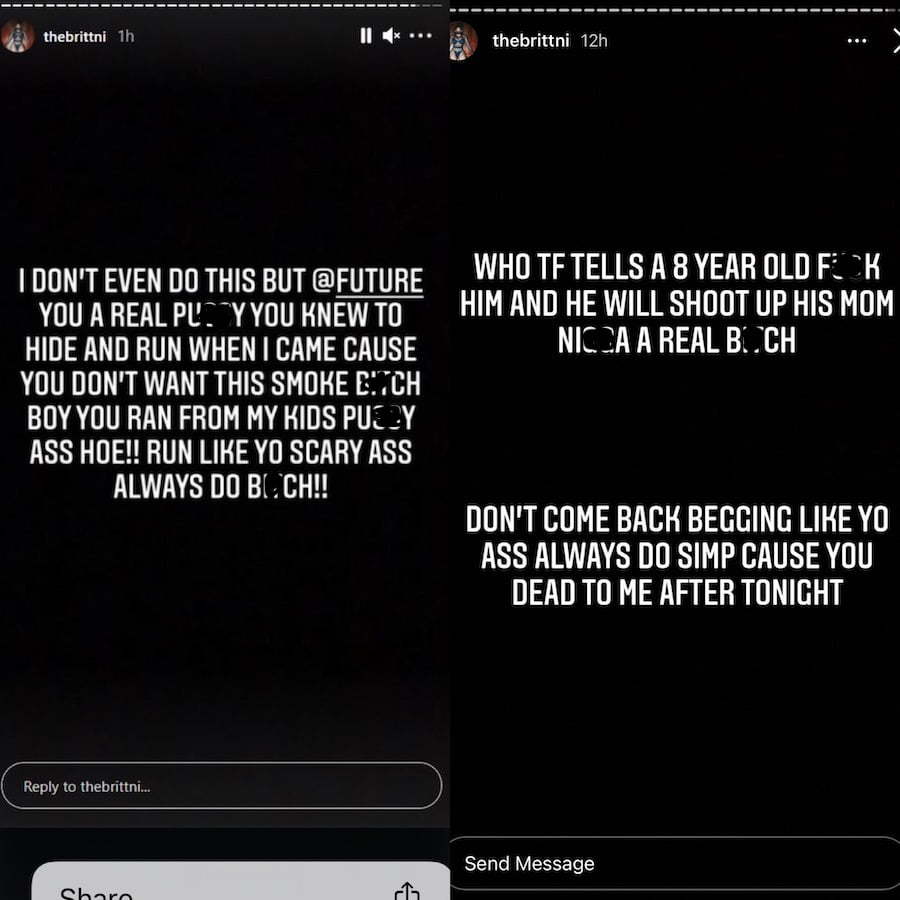 Fans on social media are calling cap, refusing to believe that Future actually said what he’s being accused of. “I doubt he told a child that whew,” one fan commented. “She just trying to make the story juicy lol,” another insisted. “That man did not say that to that lil boy.. come on now. Control your emotions,” someone else wrote. Many fans believe that Brittni was drunk while at least one proposed the theory that it had something to do with another woman. “Did he really say that? Or you mad he posted Dess on his story while he was at the party,” they speculated.

As Brittni mentioned, she doesn’t “even do this,” so there is no record of her and Future having a public spat in the past as it appears she is one of the generally more composed baby mamas in his life. Earlier this year in May, Future wished Brittni a happy Mother’s Day on Twitter telling her she had an “amazing” love for her kids. “Thanks for holding my PRINCE down Britt,your love for your kids is amazing and I thank u for staying on top of the business..Happy Mother’s Day,” he wrote. 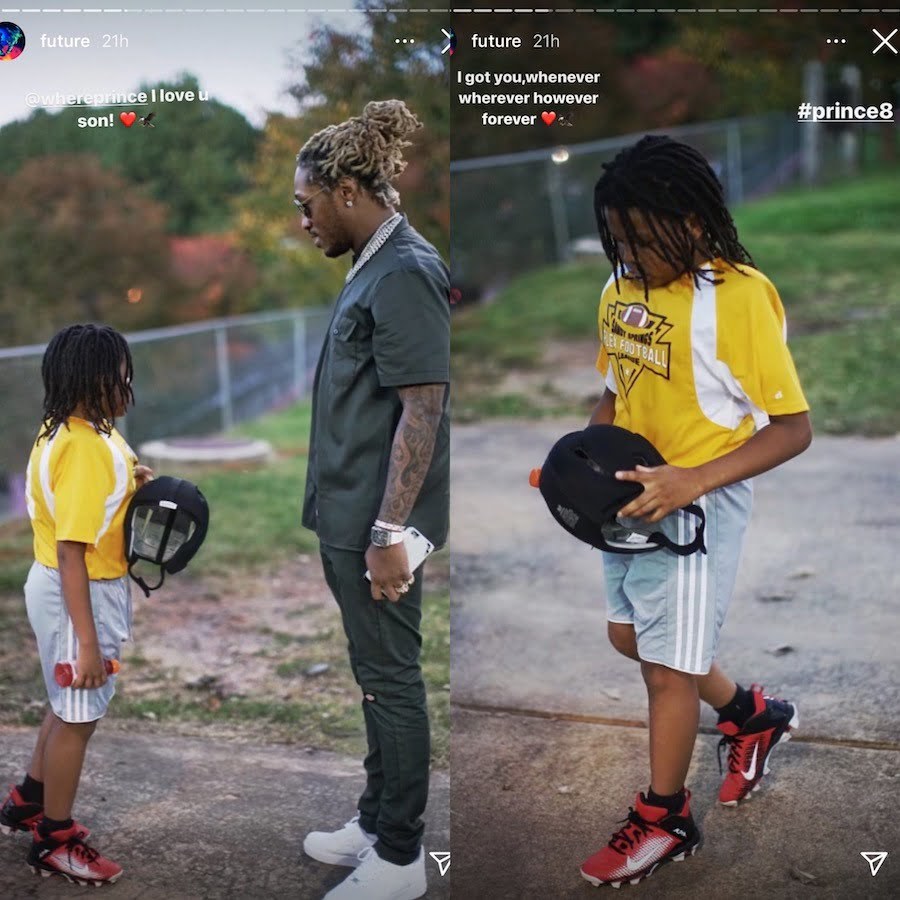 Then yesterday, the rapper showered his “twin” with love on Instagram, dedicating a whole reel to him with photos of them together on his birthday. “I got you, whenever wherever however forever,” Future wrote on Instagram stories. “I love you son!” he continued. “Wish my twin @whereprince happy FREEBANDZ day.” He also added, “Prince bday party today, come show love to ah real one #prince8.”

Future shared clips from Prince’s birthday party, which seemed to be a good time and the rapper’s mother was even in attendance, indicating that the night started out smoothly enough. However, the turn of events, the night went sour eventually. Do you think Future really said that to his son? Keep your eyes peeled for more on this developing story.