G Herbo is facing serious legal troubles after being charged in a massive fraud scheme.

G Herbo has been experiencing a fairly decent 2020 in music. The rapper released his PTSD project, which reached number 07 on the Billboard 200 Charts and followed up the eye-opening tape about mental awareness with other charitable acts. What about what the rapper and his crew accomplish when they are not recording or performing?

Well, U.S. District Court in Springfield, Massachusetts is alleging that the rapper’s No Limit crew has no conscience when it comes to unlawfully scamming millions of dollars through the use of stolen identifications and credit cards presumably obtained from “the dark web.”

The rapper who grew up in the gritty Southeast Side area of Chicago has collaborated with the likes of Nicki Minaj, Chief Keef, and most recently Chance The Rapper. Sadly, it seems money is still an issue for the 25-year-old spitter, more so when it’s time to put on a lavish show for the public. This includes the purchase of 2 designer puppies, private jet rentals, limousine rides, exotic car rentals, and a vacation the rapper took to Jamaica in 2017 and earlier this year with his queen Taina Williams. 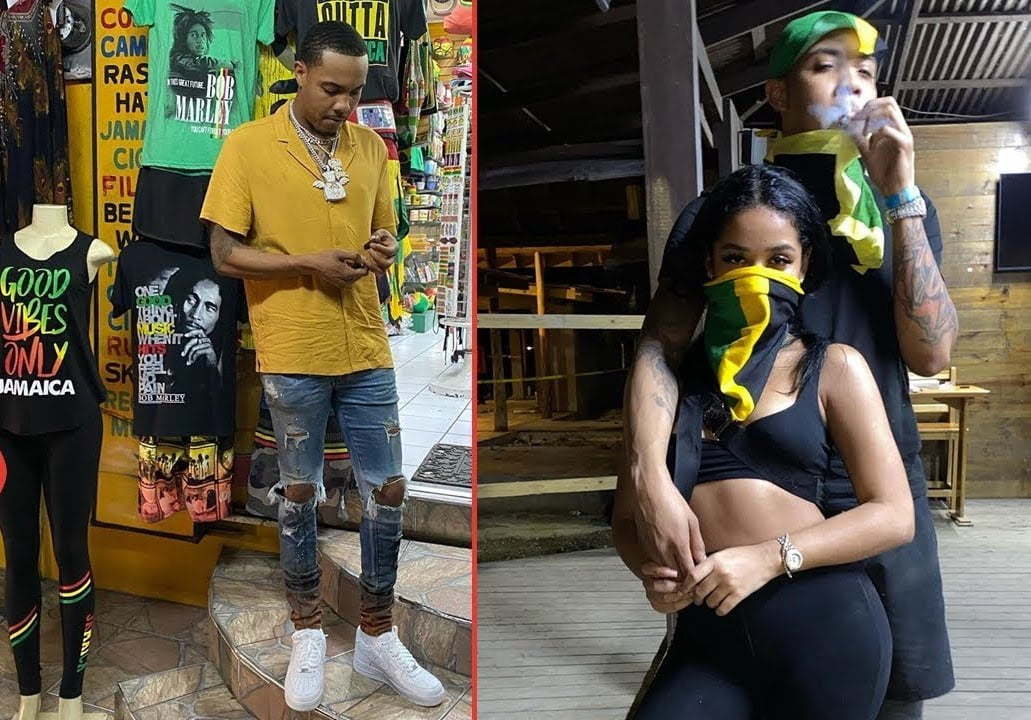 According to the indictment, which was filed in September and made public on Dec. 02, all of the above was funded on the backs of victims of their scam, Chicago Tribune. G Herbo, whose real name is Herbert Wright III, is currently being charged with wire fraud and aggravated identify theft.

The rapper is not the only one facing the music. His promoter and manager Antonio “T-Glo” Strong, and South Side rapper Joseph “Joe Rodeo” Williams, along with alleged co-conspirators Steven Hayes Jr., Demario Sorrells, and Terrence Bender, could all be looking at a few years behind bars if prosecutors have their way.

T-Glo was held in September to answer to the crimes, and based on the evidence presented to the court, and the presiding judge has ruled that he is the “ringleader.” This may mean good news for G Herbo, but with text records of the rapper okaying the illegal purchase of “designer puppies” in his name dating to as far back as 2017, it could still spell a whole lot of trouble. If found guilty, the accused could face up to 10 years imprisonment under the provisions of federal credit card fraud laws.

G Herbo was recently listed on Forbes’ 30 under 30 List.