Things are getting uglier by the minute following the death of Chicago rapper King Von, and one crew is clearly claiming the hit and running all the way to the finish line. The tragic/violent incident took place outside of the Monaco Hookah Lounge nightclub in Atlanta around 3 in the morning on November 06.

It is reported that things got pretty intense between King Von’s crew and that of Quando Rando. The presence of law enforcement officials wasn’t enough to stop the gunfire that erupted, leaving two people dead, including the upcoming/talented Chicago rapper.

The man police have nabbed for pulling the trigger is Timothy Leeks, a member of Rondo’s crew. Rondo is now publicly defending his associate on social media, promising his “Grim Reaper” will make a triumphant return. 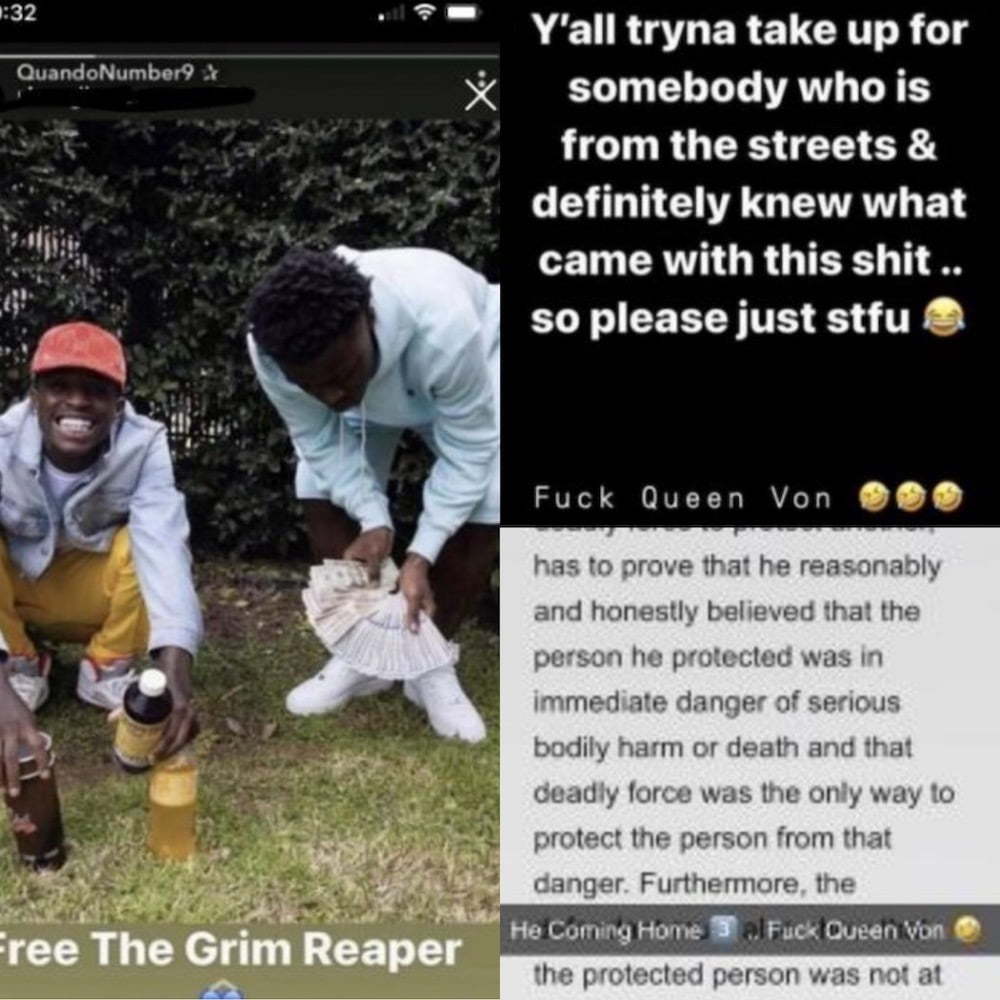 The “Shooters & Movers” rapper recently shared an image of Leeks to his Instagram Story, which he captioned “Free The Grim Reaper.” King Von’s name was also transformed into Queen Von for another post in which Rondo showcased a screenshot of a clause he’s using as evidence that his friend acted in self-defense.

The deceased Chicagoan rapper has been shown much love and respect from the likes of Lebron James, among others in the rap game, especially those from the much revered O Block section of Chicago.
However, Rondo doesn’t seem to approve of the love for his rival and proceeded to remind everyone that Von knew what he was also getting into.

“Y’all tryna take up for somebody is from the streets & definitely knew what came with this sh*t .. so please just stfu,” Rondo typed about “Queen Von.”

There is something askew about all that has happened in the past couple of days that hints at uglier things to come in the future. One can only hope things do not escalate any further, and no more lives are lost.