A true stalwart and pioneer in the Reggae industry has been recognized for his monumental contributions to the genre. Popular beer brand Red Stripe recently presented the Stand Up Award to veteran deejay Manley “Big Youth” Buchanan.

Before embarking on a musical career, Buchanan worked as a diesel mechanic at Kingston’s Sheraton Hotel, where he got his nickname Big Youth because of his toasting skills while employed there.

He eventually began to perform in dances and was heavily influenced by another veteran, U-Roy. He got the chance to join Lord Tippertone’s sound system by 1970, and his popularity soared throughout that decade. He became the resident deejay, and soon attracted the attention of Kingston’s big record producers like Jimmy Radway (“The Best Big Youth”),and Lee Perry (“Moving Version”). These records were not successful but undeterred he began working with Augustus “Gussie” Clarke, then a sensational teenage producer whose rhythms and singers were more current.

This team would produce his first hit “The Killer” which was followed by “Tippertone Rocking” and one of his most successful tracks “S-90 Skank.” In 1973 he released his first album entitled Screaming Targe which would is now considered a classic.

The artist has copped several prestigious awards over his lifetime including US Congressional Honours Award by the Coalition to Preserve Reggae Music (CPR) at the Reggae Cultural Salute in 2010; and a Pinnacle Award for Excellence. 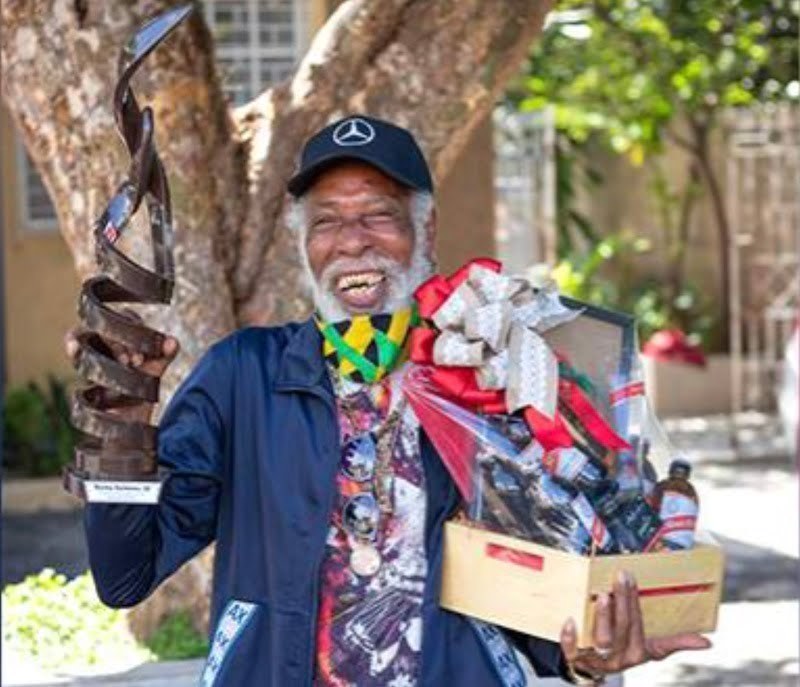 Nomonde Donsa, Red Stripe’s head of marketing and innovation explained more about why Big Youth was given the accolade.

“Big Youth has done so much for Jamaican culture, and we want to show our appreciation to one of Jamaica’s top reggae icons for providing us with exceptional music over the years. We recognise Big Youth’s craft and the way he positively uses it to represent Jamaica’s culture.

“Red Stripe strongly believes in standing up for true Jamaican excellence and we believe Big Youth has greatly demonstrated this throughout his career,” said Nomonde Donsa, Red Stripe’s head of marketing and innovation.”

It’s been a year of reward for hard work for the artist who also received the Order of Distinction in the rank of officer, earlier this year. He expressed his gratitude to Red Stripe for the honor.

“I was looking forward to this for a very long time because I put so much into the music. The Red Stripe award, to me, is also a testament to the work I’ve been doing for the past few years. I give thanks to Red Stripe for always being one of the backbones in support of reggae music,” said Big Youth.

He also spoke about getting his start in music and the love that he’s had for music since he was just 18-years-old. He shared about the early days of his career, “I used to hear my voice echo when I went into the elevator shaft while I sang all of Dionne Warwick’s songs and Mercy, Mercy, Mercy by The Paragons,” he recalled.

He said that it was while going into the elevator shaft that he started to develop a strong passion for singing. He added that he remembered while living downtown on Princess Street, he began to perform at dances as a deejay for Tippertone’s Sound System. He added that he loves his Jamaican culture and sticking to the Rasta roots, which he believes is what led him to the big hits of his career. Some of his more well-known hits include Big Youth’s other songs include Keep Your Natty, and African Daughter. Sticking to his core values brought him his success and he urged others in the industry to do the same.

“Keep on doing the right thing and never change from telling the truth because the truth will set you free,” he said.