Draya has received some high praise from Diddy.

Although gorgeous, Draya is not just a pretty face as she has forged a career for herself that includes acting, modeling, and launching her own fashion range. And if there is anyone who knows about having their fingers in numerous pies, it’s Diddy. The hip hop legend not only has three Grammy Awards to his name, he was regarded by Fortune Magazine as one of the Top 40 Entrepreneurs Under 40 courtesy of his own fashion line, range of tequila and vodka, and stakes in Revolt TV.

Draya was one of the guests at Diddy’s birthday party this week, and the “Can’t Nobody Hold Me Down” rapper took the opportunity to express his admiration for her. In a clip from the event, Diddy was seen raising a glass to the Basketball Wives star and called her the “hustler of the year.” The 51-year-old’s guests followed his suit and raised their own glasses in a toast to Draya.

Aside from the Beige & Coco designer, other famous names were present at Diddy’s island bash. Mary J. Blige, Nas, and French Montana were amongst those who made their way to Turks and Caicos, where Diddy celebrated by dancing around fire pits, sipping cocktails made from Ciroc vodka and DeLeon tequila, and turning up to tracks spun by DJ M.O.S. Videos of the festivities were shared by Diddy on his Insta Story, but the Caribbean soirée was panned by those on social media for feeling that throwing a mass party with a bunch of celebrities during a pandemic was inappropriate. 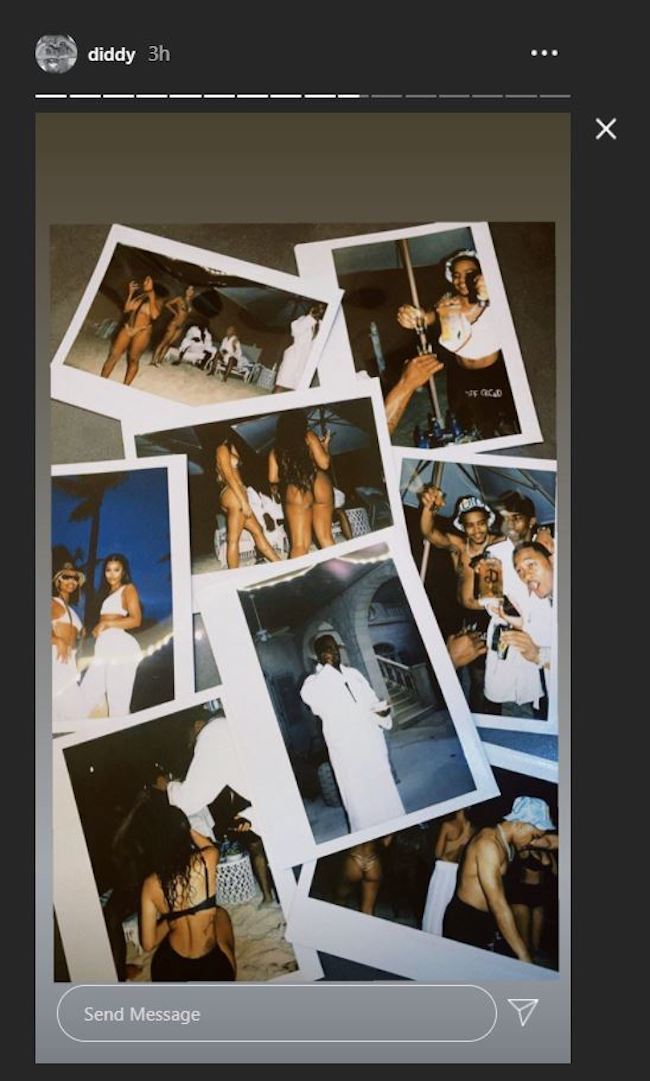