Dancehall artiste J Capri was one of the brightest female talents on the Jamaica music scene during 2010-2015, flourishing under the guidance of dancehall producer Rvssian. Her untimely death on December 4, 2015, came as a result of injuries sustained from a motor vehicle accident just over a week before. Capri’s high-spirited personality is one that is quite hard to forget. However, those bubbling memories are now skewed by the tragedy that befold half a decade ago.

During her time on earth, she managed to work with Charly Black on their 2013 single “Whine and Kotch,” “Pull Up to My Bumper” featuring Konshens, and “Mamacita,” with Vybz Kartel. She also scored with her singles “Reverse It” and “Boom and Bend Over.” Her fans and collaborators continue to relive the wonderful memories she has left on the world through various reposts of content previously uploaded to her social media.

Dancehall artistes Popcaan decided to salute Capri, even though the two have never formally collaborated. He shared an image of the late singer, which he captioned: “miss you j wish you was here,” while tagging a fan page set up for the artiste. Jamaica’s reigning dancehall queen Spice second the emotional message shared by Popcaan when she hopped into the comment section to state, “She left way too soon. Jah Know.” 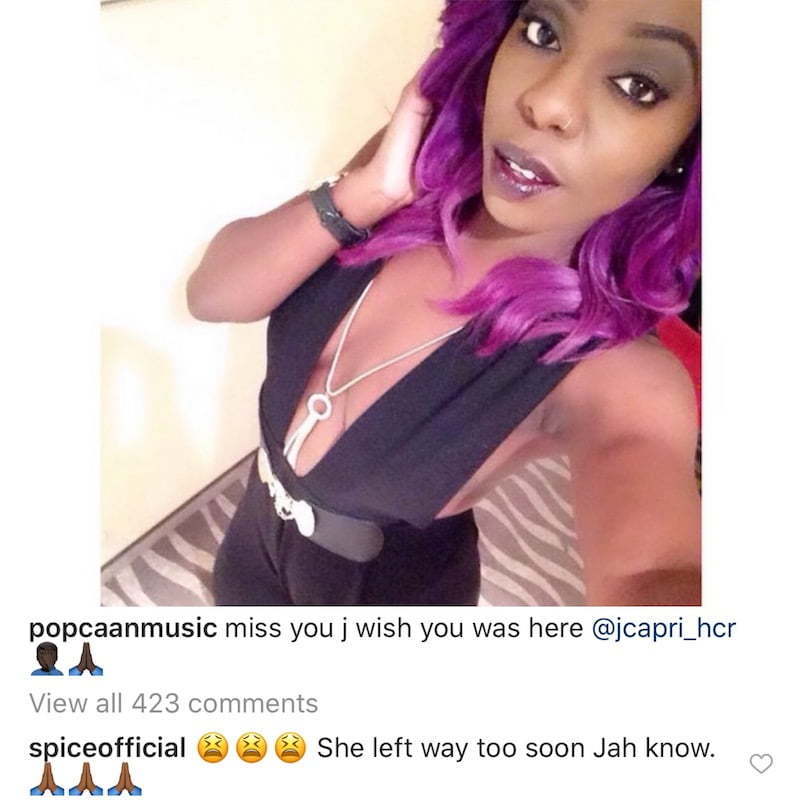 While J Capri did not have any kids at the time of her passing, she left two loving parents. While speaking to The Gleaner in 2018, her mom Oradell Carwin, said, “For me it’s very, very sad, cause it’s her birthday, and the last thing I want to do on my daughter’s birthday is go to her grave which is what usually happens,” Carwin said. “We try to do a birthday dinner on this day for her, just to celebrate her, and remember how she was, and what she would have wanted to do.” In 2019 her dad Kenneth Phillips released a song in honor of Capri titled “Hard to Say Goodbye.”

Capri’s name and legacy will lives on through her “eponymous foundation, launched in June [2018] to help young female artistes actualise their dreams.”