Bounty Killer reveals the title of his new album, Kings Of Kingston.

Dancehall veteran Bounty Killer has already amassed over 10 studio albums since launching his career in the early 90s, and much to the delight of his fans, he is looking to add yet another to his catalog. The upcoming project will be his first album since 2006’s Nah No Mercy – The Warlord Scrolls, which was released via VP Records. He made the announcement of the forthcoming album earlier this year, further highlighting that the project is being spearheaded by Damian Marley. Sadly, that was just about all of the information the public had been privy to, that is until now. Fans were unknowingly gifted a precious bit of information early this week without having the slightest of knowledge of the gem they possessed. This information was the name of the project.

The detail was shared deep in the comment section of a post the Warlord recently made following his attendance at Beenie Man’s mom’s funeral. The iconic photo included some of the industry’s biggest names in dancehall’s history, who came out to show their love and respect for Beenie during his time of grief. Arthur Wale, Admiral Bailey, Richie Stephens, and Josey Wales were captured alongside Bounty Killer in the picture, which was rightfully captioned as follows: “Kings of Kingston at Beenie moms funeral – Levels Of Legends.”

One fan who really liked the caption thrown out by Killer hinted that it could have easily been the name of a concert or a publication. “Kings of Kingston sounds like a wicked stage show or book Title,’ the fan outlined to the Grung Gad.

Clearly, Bounty already had big plans for the Kings of Kingston title, which he stated would be the name of his upcoming album.

It is still unclear when the album will be ready, but it is almost a given that Bounty is ensuring he puts his best foot forward for his first album in just under a decade and a half.

Some of the Bounty Killer’s most sought after projects include his 1994 projects Roots, Reality & Culture, Guns Out, and Down in the Ghetto. He has also received numerous praises for My Xperience released in 1996, Next Millennium in 1998, and 5th Element in 1999. In 2002 he released a double album titled Ghetto Dictionary, with ‘The Mystery’ securing a nomination for album of the year, which he lost to Lee Scratch Perry. 2002 would still be a glorious year for the entertainer after he snagged a Grammy win in the category of Best Pop Vocal Performance by a duo or group for his work on No Doubt’s “Hey Baby.” 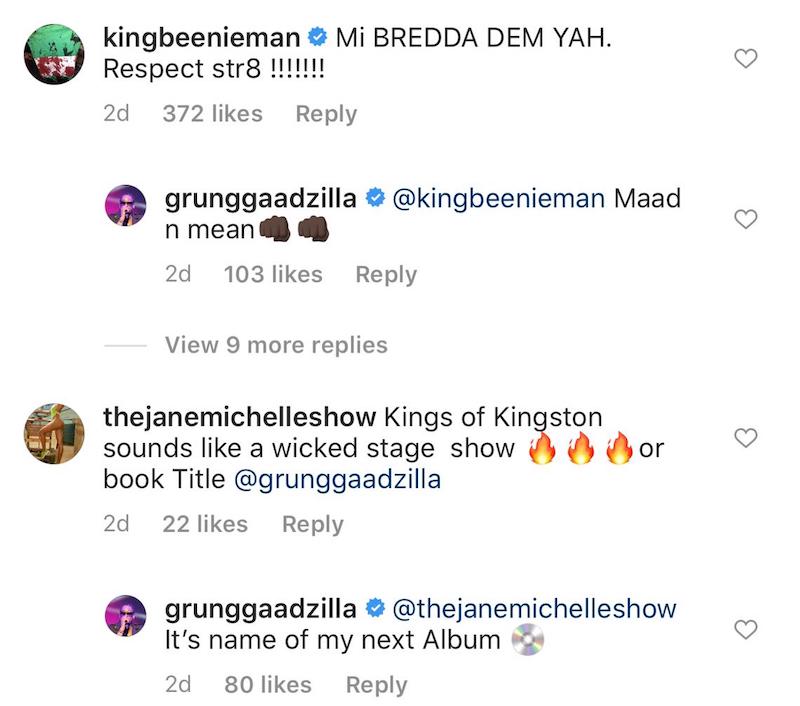 It should be interesting to hear what Bounty Killer and Damian Marley cook up for his return.