Vybz Kartel’s “Jump On the Beat” was first released on the artiste’s Grammy hopeful project Of Dons & Divas back in June. Since then, it has picked up not one but two remixes, with the first getting a retro-inspired riddim makeover as well as a feature from Chronic Law.

The latest remix has not yet been released however, aside from Vybz Kartel and his son Likkle Vybz, it should feature Demarco and a surprise collab in the form of his former rival from Spragga Benz. The move has been rightfully branded with variations of “UnityinDancehall” by all the parties involved.

“DancehallUnityFamily settings- son @likklevybz.utg – breda @demarcodadon – & uncle @spraggabenz3,” Vybz Kartel captioned a recent post of a music video being shot in an unused jail cell. “WhoVex???!! #DANCEHALLAMIEVERYTING,” he wrote below another Instagram post showcasing Spragga sitting on the bonnet of a car. 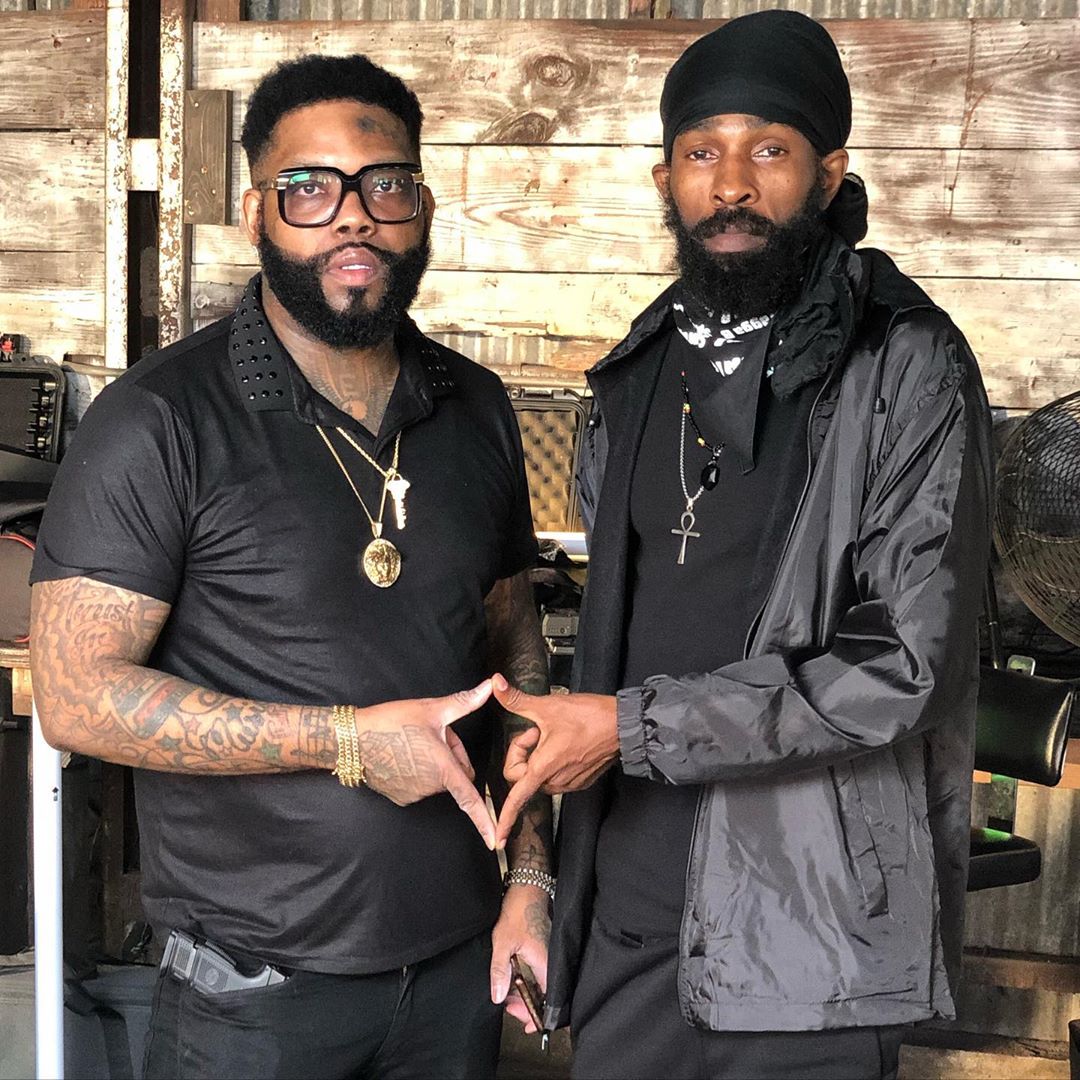 While Demarco and Vybz Kartel have enjoyed a great working relationship in the last couple of decades, the same cannot be said about Spragga Benz and Vybz Kartel. The two have been at odds since 2005 when Spragga Benz stepped in to defend Agent Sasco, then Assassin, who had a lyrical squabble with Vybz Kartel. The beef saw the release of tracks currently listed as classics from that period such as, Spragga Benz’s “We Done See It,” which was followed up by Vybz Kartel’s “F***ot Correction.”

During an Entertainment Report interview published some months ago, Spragga Benz crowned himself the winner of the shortlived clash. “Vybz Kartel came close to be burnt from me. Get it the right way deh. Get it in the right perspective,” said Spragga while adding, “Is a deejay weh me respect, but is not a deejay who me fear.”

Spragga, who has been a staple in dancehall since the 1990s, also mentioned that he wrote songs for Vybz Kartel, an act Kartel would later deny via his Instagram page. Spragga said, “I have been here before him; naw take nothing from him, but I was here before he came.”

“I was one a them people who used to write with him to, or write fi him to. Because we write songs where me and him perform where a me write. Naw take nothing from him, he is a very talented artiste but mi no consider it that way like we fi burn cause anybody could a get burn,” said Spragga.

However, during the same interview, Spragga Benz sided with the argument that the evidence used to convict Vybz Kartel was not substantial enough to convict him of murder since Lizard’s body was never found. He also spoke on the nature of how dancehall flourished in the 90s, citing greater unity and collaboration, especially when writing songs.

It seems these recent revelations have ultimately allowed both men to bury the hatchet and work towards the growth of their careers.