Travis Scott’s “Franchise” just earned him his fourth No. 1 single.

Hip-hop music artist and mega-producer Travis Scott is having a tremendous year in music. After copping his first-ever No. 1 on the Billboard Hot 100 when his Drake-assisted monster hit “Sicko Mode” climbed to the top of the chart in December 2019, Scott is now celebrating his fourth chart-topper and his third consecutive No. 1 debut in less than a year.

Previously Travis Scott’s “Highest in the Room,” and “The Scotts” with Kid Cudi bowed in at No. 1 on the chart dated October 19, 2019, and May 9, 2020, respectively. (That was also the first No. 1 of Kid Cudi’s career.) Travis Scott’s latest single “Franchise,” which features Young Thug and M.I.A. debuts atop the Hot 100 chart this week. According to Nielsen Music/MRC Data, the single moved 98,000 units and accumulated 19.4 million streams in the U.S. in its first week. The chart-topping entry easily breaks the record for the fastest accumulation of No. 1 debuts with Scott pulling off the feat in just ten months. 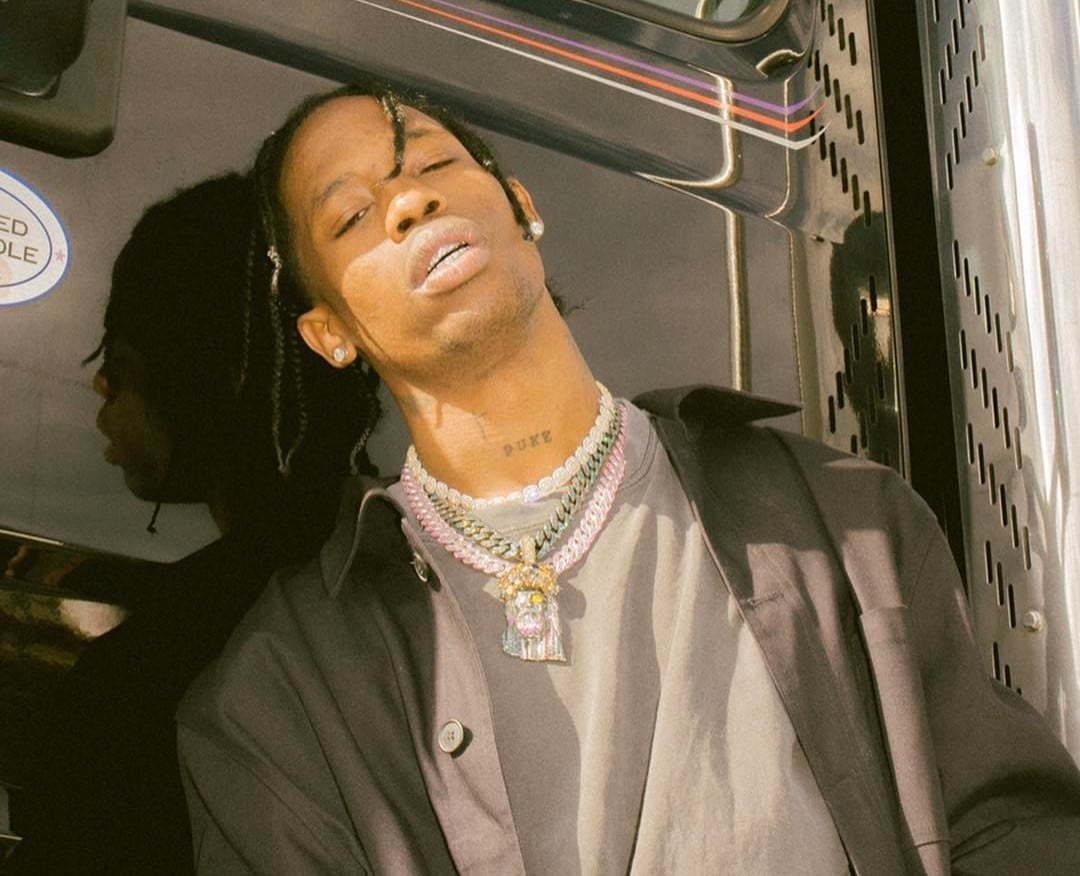 Ariana Grande, the previous record-holder, topped the chart with the debut of “7 Rings,” “Stuck With U,” featuring Justin Bieber, and “Rain on Me,” featuring Lady Gaga in the span of 16 months. The new record for Travis Scott makes him only the fifth artist ever to be added to the exclusive list of Billboard elites who have earned at least three No. 1 debuts in their career. Grande leads with four No. 1s while Travis is now tied with Drake, Mariah Carey, and Justin Bieber, who each boast three.

The rapper and producer took to Twitter to thank his fans and collaborators for helping him achieve his latest accolade. “TO THE FANSSS … F**K THAT!!! YALL FAM TO THE FAM I LOVE EVERY ONE OF LOVE YALL. YALL ARE THE BEST EVER. NOTHING WIT OUT YALL,” he wrote. “THE TOP AINT LONELY ALL MY N***AS WIT ME AND Jeff @thuggerthugger1 BEEN BLEEDIN FOR 7 YEARS NOW. FROM OUR FIRST TOUR TO TRAPPIN OUT DA SPOT.”

The rapper appeared to be pretty lit as he typed, “AFTER THIS TWEET IMMA THROW MY PHONE. IM TURNT. F**K I LOVE YALL SO MUCH. THIS SONG MAKE WE WANNA JUST RUN THREW A WALL AND PUKE!!!!!” Scott also hinted at his new album that might be titled “Utopia” writing, “GOING TO GO COOK UP AND BUILD THESE WALLS FOR UTOPIA. SEE YOU GUYS SOON.”

AFTER THIS TWEET IMMA THROW MY PHONE. IM TURNT. FUCK I LOVE YALL SO MUCH. THIS SONG MAKE WE WANNA JUST RUN THREW A WALL AND PUKE !!!!!

GOING TO GO COOK UP AND BUILD THESE WALLS FOR UTOPIA. SEE YOU GUYS SOON.

“Franchise” marks Young Thug’s second No. 1 on the chart following his feature on Camilla Cabello’s “Havana” catapulting to the top in January 2018. M.I.A. celebrates her first No. 1 alongside the two rappers, ending a 12-year and 9-weeks wait since her first-ever entry on the chart. That’s the longest stretch broken for a female artist since Bette Midler waited 16 years, five months, and two weeks for her first No. 1 in 1989.

Other entries on the Billboard Hot 100 for this frame include “Dynamite” by BTS which takes the No. 2 spot, Cardi B and Megan Thee Stallion’s “WAP” which slipped to No. 3, “Laugh Now Cry Later” by Drake featuring Lil Durk and rounding out the top five this week is the iann dior-assisted “Mood” by 24kGoldn.