Jacquees and Dreezy had a nasty back and forth on Twitter to signify the end of their relationship.

Many celebrity couples these days are more concerned about their privacy than anything else, but there are still those who are willing to let it all hang out. This past weekend Jacquees and his singer boo Dreezy called it quits on Twitter in a jaw-dropping public break-up that left fans stunned and in disbelief.

The self-proclaimed ‘King of R&B’ announced that he was single on the social media platform on Tuesday night, simply tweeting, “JACQUEES single.” Dreezy made her own relationship status known and accused Jacquees of clout chasing. “Ni**a tryna clout chase now and KNOW I’m not wit all that sh*t at all,” she wrote on Twitter. “You’re blocked. I’m single. And I’m logging off. Go play wit yo ex.”

Dreezy’s tweet implied that the split might have had something to do with Jacquees’ feelings for his ex. On Sunday, he sent out a tweet alluding to his former flame when he wrote, “When nobody had my back she had it.” This was after he retweeted Ari Lennox’s post, which read, “Don’t disuse my love. Don’t abuse my love.” 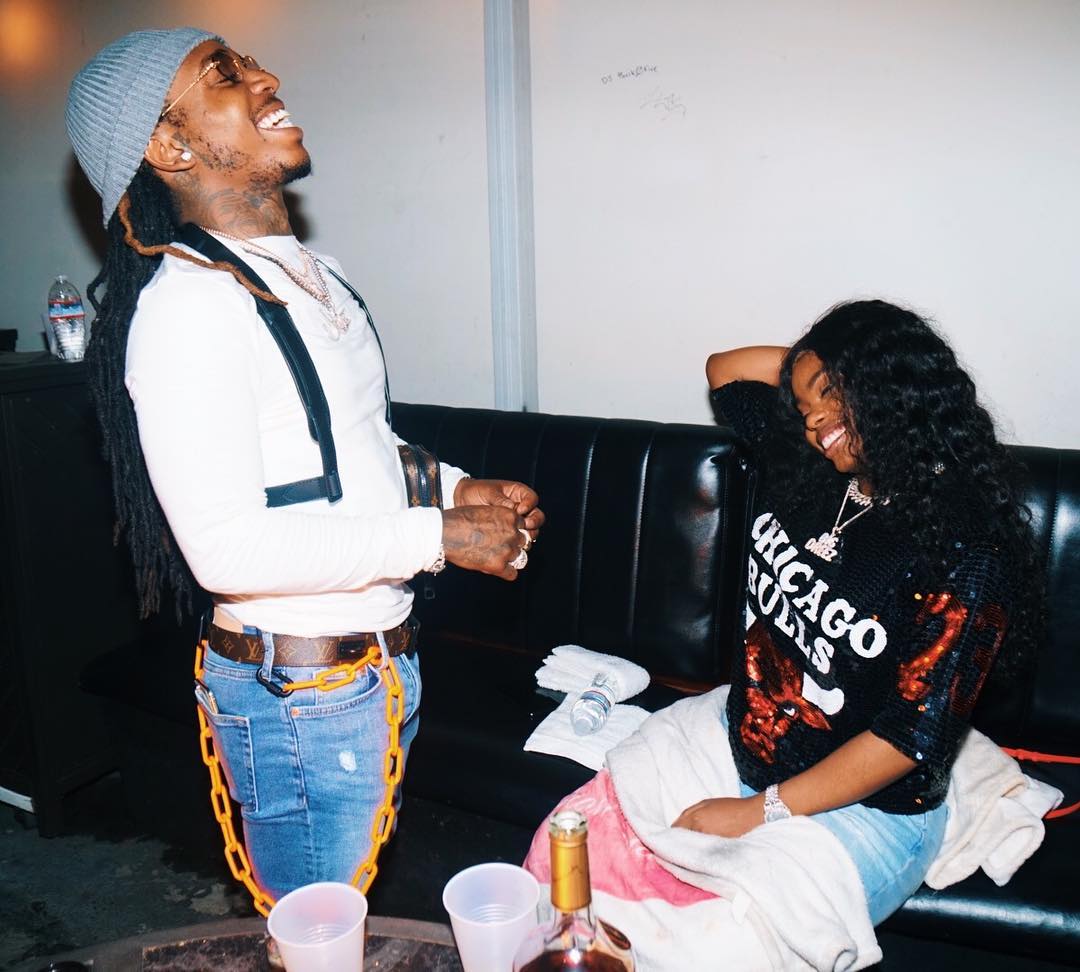 Jacquees clapped back at Dreezy on Twitter writing, “Go play wit yo self lol,” which led one fan to suggest that the singer must have been hacked. However, his now-ex-girlfriend was quite confident that this was not the case. “Ain’t nobody hack that ni**a he a h*e I’m glad y’all get to see,” she wrote When another fan suggested that Jacquees was “corny anyway,” Dreezy agreed writing, “Still is. Good luck.” Someone said he wasn’t corny when he got her that new Mercedes for her birthday, but that’s none of our business.

Later on, Dreezy shared screen captures of her call log, revealing that Jacquees had been calling her nonstop earlier that evening. Perhaps her screening his phone calls and Facetime video calls spurred on his Twitter rant that night. He later apologized to fans writing, “I feel so Crazy when I love genuine and folks be fake it kill me sorry for stepping out of my character to all my Fans…”

Dreezy and Jacquees started dating back in 2018 when they reportedly met each other on the road. Their on-and-off relationship has been ongoing since then, and they have hinted at breaking up before, including last year in September when the “Love Someone” singer announced that she was single then too. The difference now seems to be that she’s exhausted all her efforts. Taking to Twitter last night for one final word on the topic, Dreezy tweeted, “I tried it didn’t work. Moving on…”

I tried it didn't work. Moving on…

When nobody had my back she had it

Both halves of the split couple continued to air out their feelings on Twitter this morning as well. “What’s for me gone be for me,” Jacquees wrote. “My life a roller coaster right now,” he said in another tweet before finally, “When it’s time to leave, leave respectfully.” Dreezy, on the other hand, declared that she is living rent-free and claimed some “irrelevant a** h*es” that she “forgot about” were desperate for her attention.

Do you think these two are actually hurting over the break-up but disguising those feelings on social media?

#TSRBreakups: #Jacquees and #Dreezy say they’re both single after airing each other out on Twitter ? (?: @gettyimages)