Koffee, Buju Banton, Govana, Rvssian, and Major Lazer are among the star-studded lineup for FIFA 21 soundtrack.

With the launch of two of the 2 of the most sought after gaming consoles coming this November, gamers are already brimming with excitement at the thought of all the new and fun games they will be able to enjoy. One of the favorites around the world is the EA Sports developed FIFA series, which provides gamers with the opportunity to use and even modify replicas of their favorite soccer teams. The gameplay and graphics are usually pretty top-notch. However, the music which is usually played during the game’s menu area is usually what provides that extra sauce to take on your opponent sitting next to you.

The soundtrack for the upcoming FIFA 21 game was recently leaked online and included among the number of international talents, are Jamaica’s very own Buju Banton, Rvssian, Koffee, and Govana. Buju Banton’s vocals on his song “Unity,” which was taken from his recently released album Upside Down 2020, should be providing gamers with a truly infectious burst of energy through the African drums and jazz-inspired groove. Rvssian’s track with fast rising African talent Rema titled “Beamer (Bad Boys)” should also find favoritism among the worldwide audience that the FIFA tracklist is usually geared towards. Topping out the Jamaican connection is Koffee and Govana’s remix for the Grammy kid’s track “Rapture.” Major Lazer also delivered a single titled “Que Calor.”

Other songs that should be pulsating the eardrums of FIFA lovers include, Stormzy and Aitch’s collaboration titled, “Pop Boy,” UK hip hop acts Fredo and Young T with Bugsey on their track “Ay Caramba,” and deceased rapper Mac Miller with his posthumous release “Blue World.” 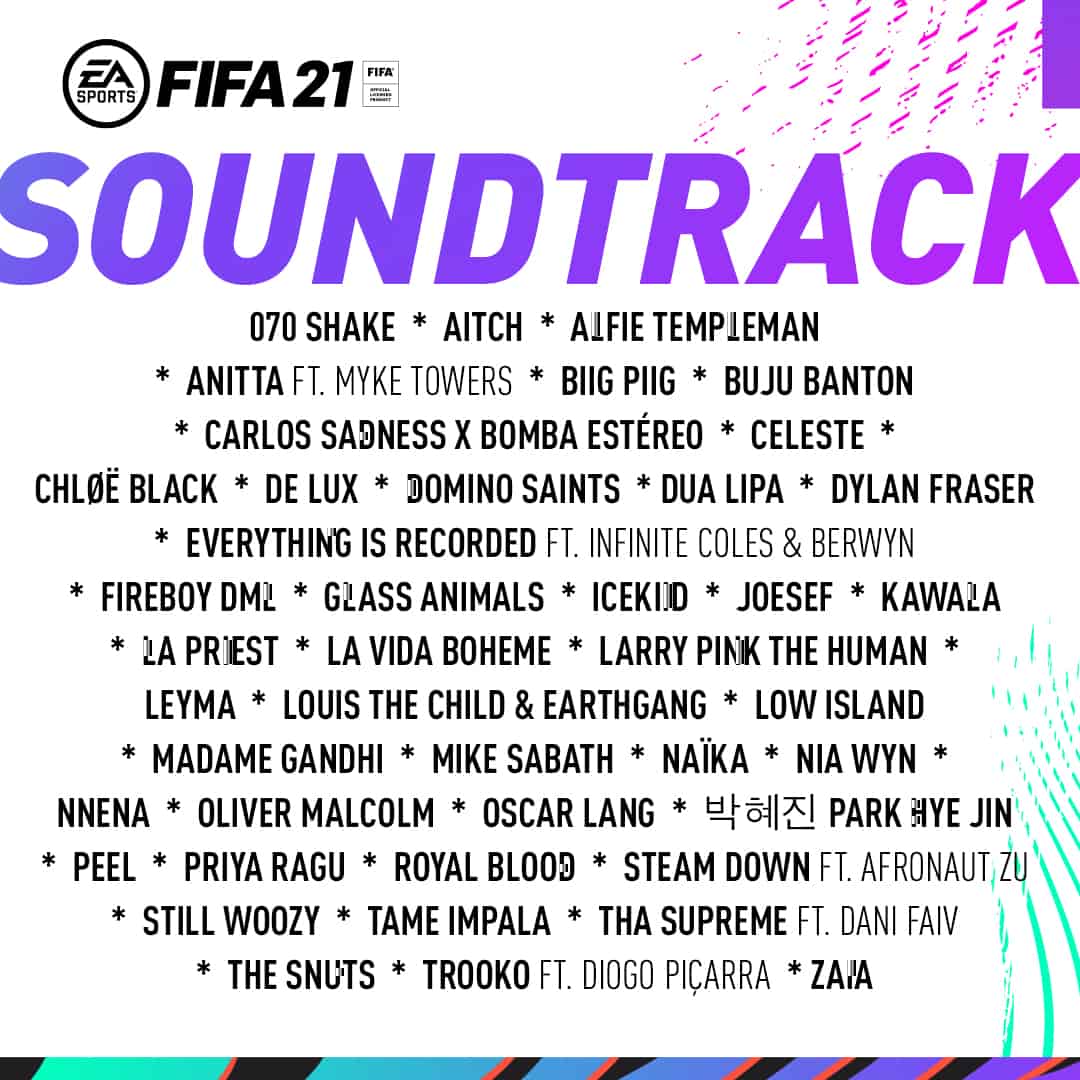 Stream the FIFA 21 Soundtrack below. 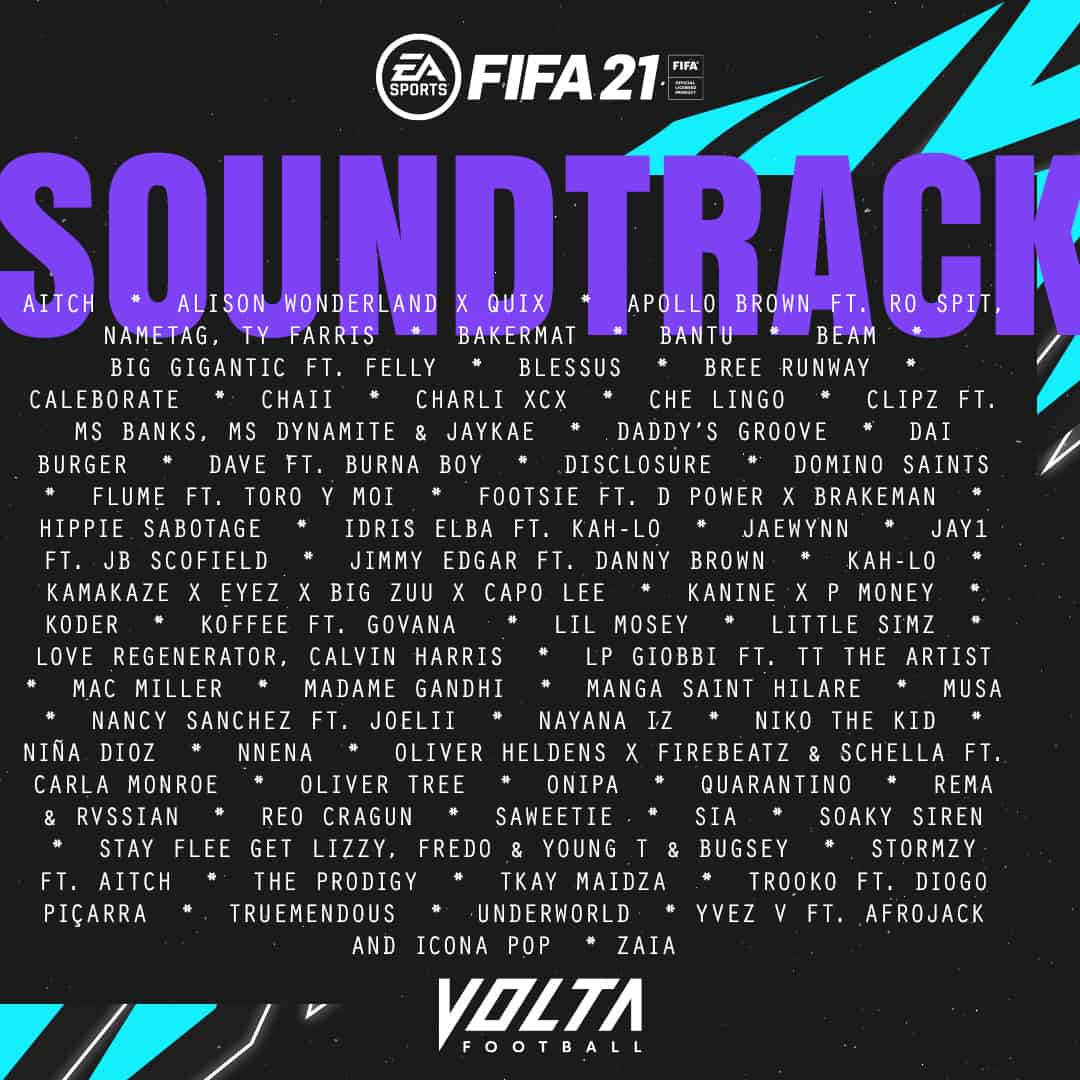