Kim Kardashian and Kanye West are living their best lives in Haiti amid fresh reports of a divorce.

Summer is just about over, but The Wests just cannot get enough of the natural vibe, elements, and of course, people that the Caribbean has to offer. Nearly a week ago, Kanye West ht the breaks on his Twitter fingers to spend some time in Jamaica. He dropped by the studio to get in touch with the dancehall icon Buju Banton, before grabbing some local jerk delicacy at one restaurant. Fast forward a week later, and The Wests were spotted on the island of Hispaniola, which is comprised of Haiti and the Dominican Republic. On Friday, Kanye West flew into Hugo Chavez International Airport in Cap-Haitien.

Ye received one of the most prestigious greetings upon his arrival when Haitian president Jovenel Moise greeted him. According to Metro UK, the meetup was to facilitate a guided tour of a plant breeding center just off Labadee and Tortuga Islands. 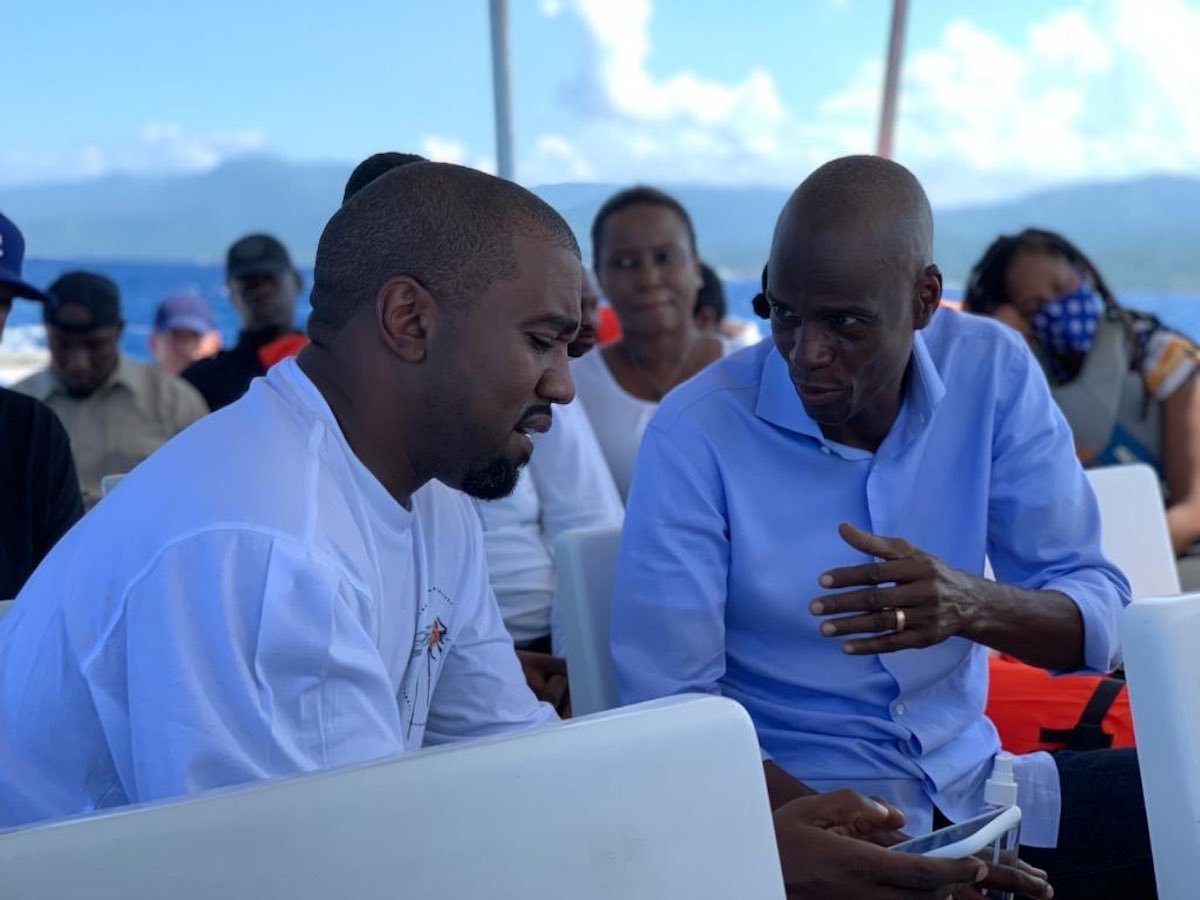 After tucking away all the flowery treats he was provided on entry to the country, the 43-year-old rapper/business mogul slid into something a bit more comfortable in order to partake in the local festivities. After a bit of persuasion, West hopped into the dancing circle and, at one point, grabbed the microphone to deliver a couple of bars himself.

Kanye West has been very vocal against what he sees as varying forms of modern oppressive forces, and he continued that same energy following his visit to the land once controlled by the French. He tweeted, “Haiti is where our people started the first revolution that freed us from slavery.” He continued in another tweet, “We are here to complete the revolution. We are building the future.”

The “Flashing Lights” rapper took a break from the islands on Saturday, which resulted in him and his wife Kim Kardashian getting in some much-needed couple time. What was the occasion? A posh wedding for one of their close friends in Los Angeles. Ye’s attendance was announced by Kim when she shared an image of her legs next to his, which she captioned “Date night.” The beauty mogul downed at least one cocktail and a glass of rose wine to tap out the kid-less evening. This may have been deliberate, as Sunday saw the family heading back to the Caribbean to escape the heat while enjoying the beautiful waters of the Blue Lagoon in the Dominican Republic.

Prior to their trip to the Caribbean, there have been reports in the media that Kim Kardashian is on the verge of filing for divorce from Kanye amid his shenanigans on Twitter where he accused her of wanting to abort North West when she found out she was pregnant.

The KUWTK star shared a fun video of herself and her kids jumping feet first in the water. While sporting a bikini and what seemed to be one of the newest Kanye footwear creations, Kim Kardashian showed off her amazingly toned body. Still, the video shared by the 39-year-old inched more on the fun side as she led her pack by jumping in first before her daughters followed in quick succession. However, Saint needed just a bit of time to make up his mind before completing what would seem like a death-defying stunt to others.

The video embodied what family time is all about, but many of the comments under the video were for her not to lose another earring as she did in her 2011 Bora Bora trip.