Lil Wayne is the forever GOAT of hip hop in Drake’s eyes.

There are plenty of reasons why Lil Wayne is considered a GOAT in hip hop, and Drake is just one of those many reasons. The Canadian rapper isn’t scared or too proud to let the world know Lil Wayne made him the artiste he is now. However, since it’s Wayne’s 38th birthday, Drizzy ensured he applied the praises extra thick.

Much like other persons who dropped their birthday wishes, the “Gods Plan” rapper took to Instagram to share his piece. That came in the form of a heartfelt collage that captured both he and Weezy at varying intervals of their friendship. This included Drizzy’s impersonation of Wayne on Saturday Night Live, a photo from their “HYFR” video in 2011, and even shots from their Drake vs. Lil Wayne Tour in 2014. Along with other photos of himself and the New Orleans spitter came a touching caption. 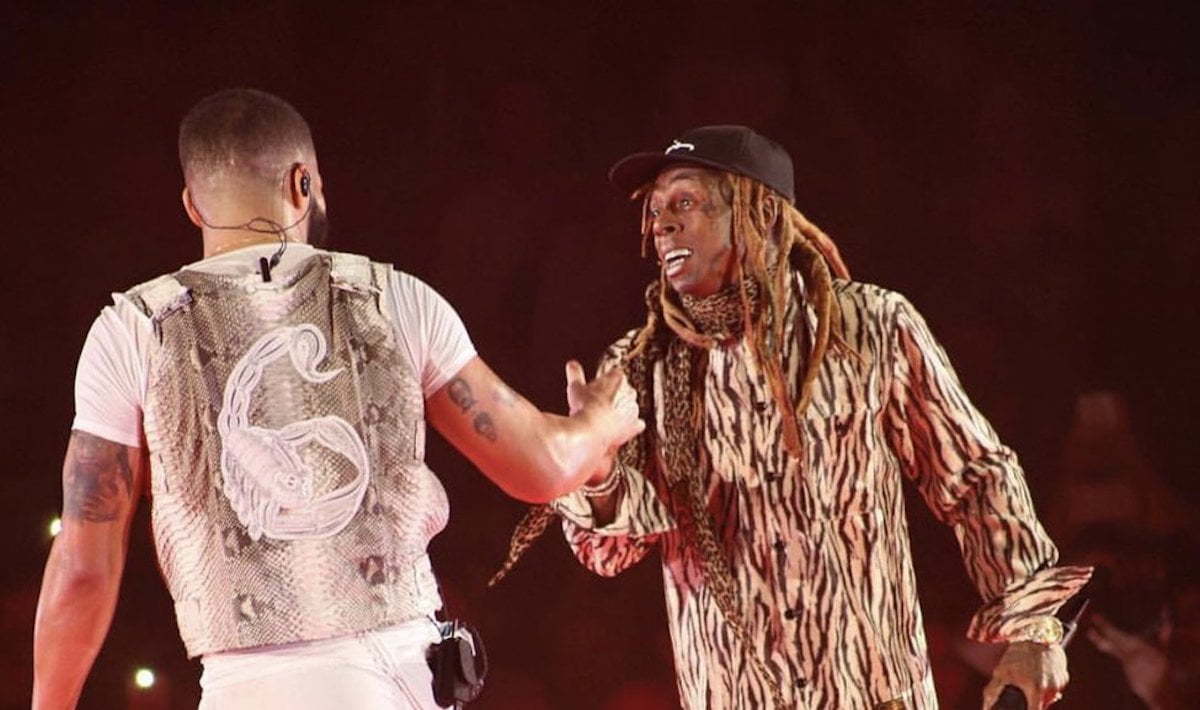 “More life to the man that gave me everything I have!!! My GOAT and not just on some emoji sh*t,” penned Drake. He kept it interesting by selecting a well-known line from “Hustler Muzik” off Tha Carter II to show just how much Wayne meant to him. “Sometimes I wanna drop a tear but no emotions from a king…shall be…so I be…who I be…that’s me…that’s Weezy F Baby and please say the mothaf**kin…”

In the grand scheme of it all, the recent post is a small gesture when compared to the tattoo of Wayne’s face that Drake sports on his upper left arm. The body ink is an ultimate sign of respect and appreciation for having faith in him a little over a decade ago when he was added to Wayne’s label. From then until now, it has always been magic whenever the two men collaborate or feature on the same track. With that in mind, many persons are now querying if an upcoming project could be on the way, especially since Drake was not featured on Lil Wayne’s Carter V. We guess only time will tell.

More life to the man that gave me everything I have!!! My GOAT ? and not just on some emoji shit. Sometimes I wanna drop a tear but no emotions from a king…shall be…so I be…who I be…that’s me…that’s Weezy F Baby and please say the mothafuckin…