The internet is buzzing about Tory Lanez’s new album, especially the song about wanting his former lover back. While Tory kept tight-lipped throughout most of the scandal, barring the few self-involved narratives he visited upon us, it seems he was really just compiling all his thoughts into a profitable body of work. Upon the release of Tory’s new album, Daystar, fans were eager to hear how he addressed being accused of shooting Megan Thee Stallion this summer.

One of the songs that got their attention was “Solar Drive @ Night,” which seems to refer to a woman Tory fell in love with very quickly. In the end, he proclaims that he wants her back. Many are speculating that Megan Thee Stallion is the love interest in question for a number of reasons, including the fact that Solar Drive is a street in Hollywood Hills, the upscale Los Angeles community where the shooting occurred on July 12. 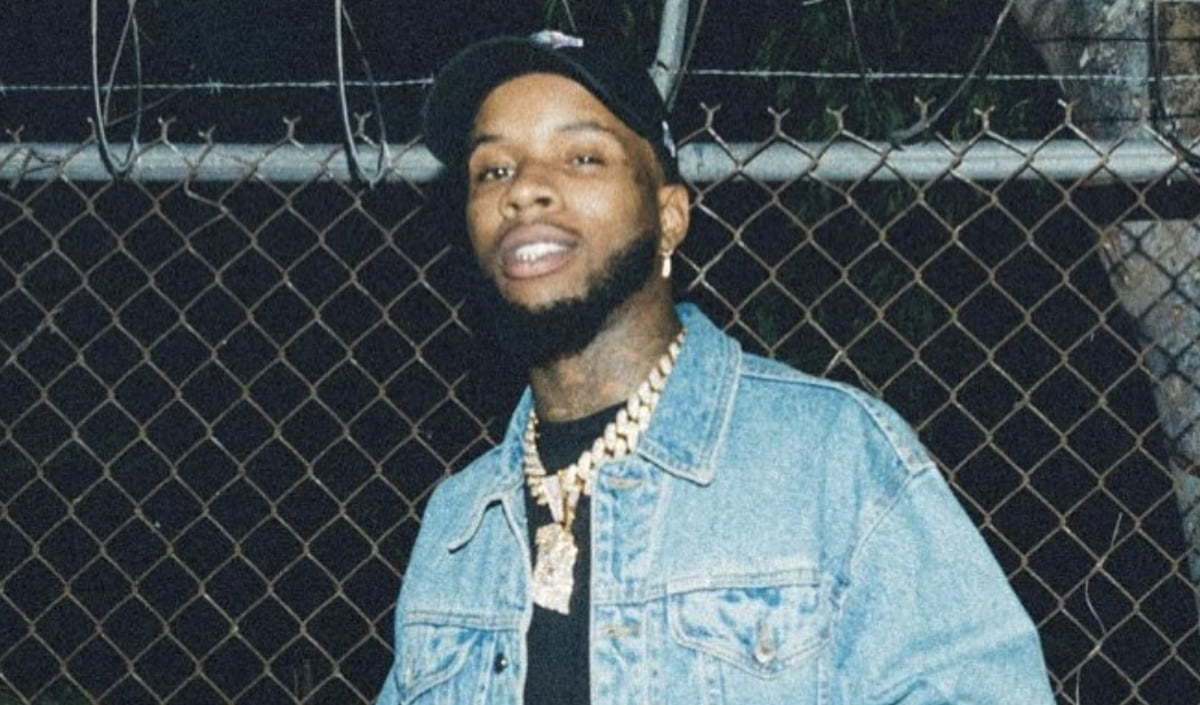 “We fell in love too fast / And then we watched it all crash / Sent chills down my heart and my spine / But I still want you to be mine,” Tory sings in a verse on “Solar Drive @ Night.” He croons, “I want you back, I want you back” before declaring that he knows nothing that could make the woman in question feel the way he feels.

Fans have been weighing in on the track, and while some fight the urge to like it, others have opted to troll the Canadian singer or bash him for the lack of sensitivity he exhibited by dropping the album. “When did he have her? Was it at gunpoint?” one fan asked. “If somebody lied on me and basically ruined my life I’m not gone want them back, that right there should tell you he lying,” another deduced.

Tory Lanez has, of course, denied responsibility for Megan’s shooting all over the project. On the first song of the 17-track album, “Money Over Fallouts,” the singer also assures that he would get back together with Meg. “Look at how you doin’ me, people trying to ruin me / And what’s even worse is I’m still thinkin’ about you and me,” he sings. “Somehow I’m still down to renegotiate the unity / My heart is some foolery, this sh*t is just confusin’ me.”

#PressPlay: In the 17-track album #ToryLanez dropped, his ballad “Solar Drive @ Night” details a relationship in which he “fell in love too fast,” seemingly referring to #MeganTheeStallion. Solar Drive is a street in the Hollywood Hills

It’s safe to say fans are also confused. Tory is still cautious about spilling too much of the real details, admitting on the track “Sorry But I Had To…,” that he wouldn’t discuss an open case for a bag. Ironically, the whole album is dedicated to denying the crimes he’s been accused of and airing out him and his old flame’s laundry.

Do you think Tory Lanez really wants Megan Thee Stallion back, or is that all a part of the publicity strategy?