For anyone who has been following Summer Walker’s love life, it has been a week of ups and downs as she and her boyfriend, producer London on da Track, appeared to call it quits. The two artists stopped following each other on Instagram around the same time that Summer wrote several posts on social media, suggesting that her romantic life was struggling. “I have the worst taste in men,” she wrote on her Instagram stories. “I like literally find my childhood trauma and then date it.”

She also warned her followers against committing too quickly, saying, “Idk who need to hear this but…don’t sign that lease with your boyfriend.” 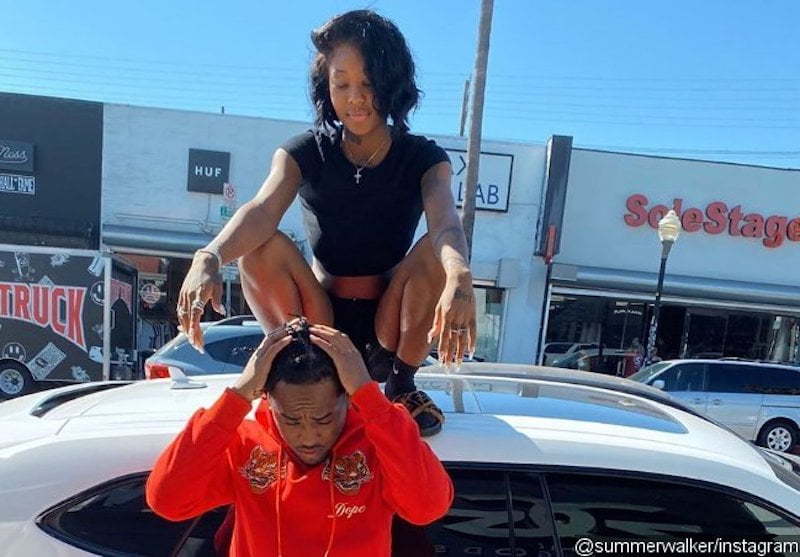 Now it appears that the couple has made amends after Summer posted a couple of selfies with her and London, only one of which had his face covered with a large black heart emoji. They also followed each other again on social media, so it seems that they have put their problems behind them for now. Unfortunately, fans and trolls alike had a lot of negative things to say about the rollercoaster relationship, apparently tired of Summer’s fickle emotions. “She always claim she have to protect her energy from ppl. Hell ppl need to protect their energy from her!!” wrote one follower. Another pointed out that it is never a good idea to become romantically involved with someone you work with.

It seems Summer has her own two cents to add to everyone’s opinions about her life. Taking to social media to respond to the criticism, she wrote, “You people are so weird lol idk how many times I have to say it. I am a human being. I’m not finna put on some fake a** perfect public figure act for y’all.” She went on to explain that she has feelings and makes mistakes, and that her job should not put her on a different level of expectation than everyone else. “Stop idolizing plp to the point that you start to dehumanize them,” she wrote. “Its weird.”

#SummerWalker coming through with a quick PSA!!