Tekashi 6ix9ine is praising his girlfriend Jade for being his ride or die.

Tekashi 6ix9ine has definitely had a couple of different takes on the word “Loyal” over the last couple of years. The rapper found out that the crew to which he was loyal to, The Nine Trey Bloods, showed quite the opposite when they kidnapped him and was even shacked up with his equally disloyal girlfriend. The rapper has gained a pretty ‘loyal’ following on social media, especially Instagram, where he currently has 24.4m followers. Still, those fans did not express enough of their ‘loyalty’ to ensure that the rapper’s album Tattle Tales received a pretty good showing on the Billboard.

In keeping with the theme of loyalty, 6ix9ine has also cultivated a pretty loyal group of haters, some which he secured before he ratted out his former crew, and millions after getting a reduced sentence for his actions. 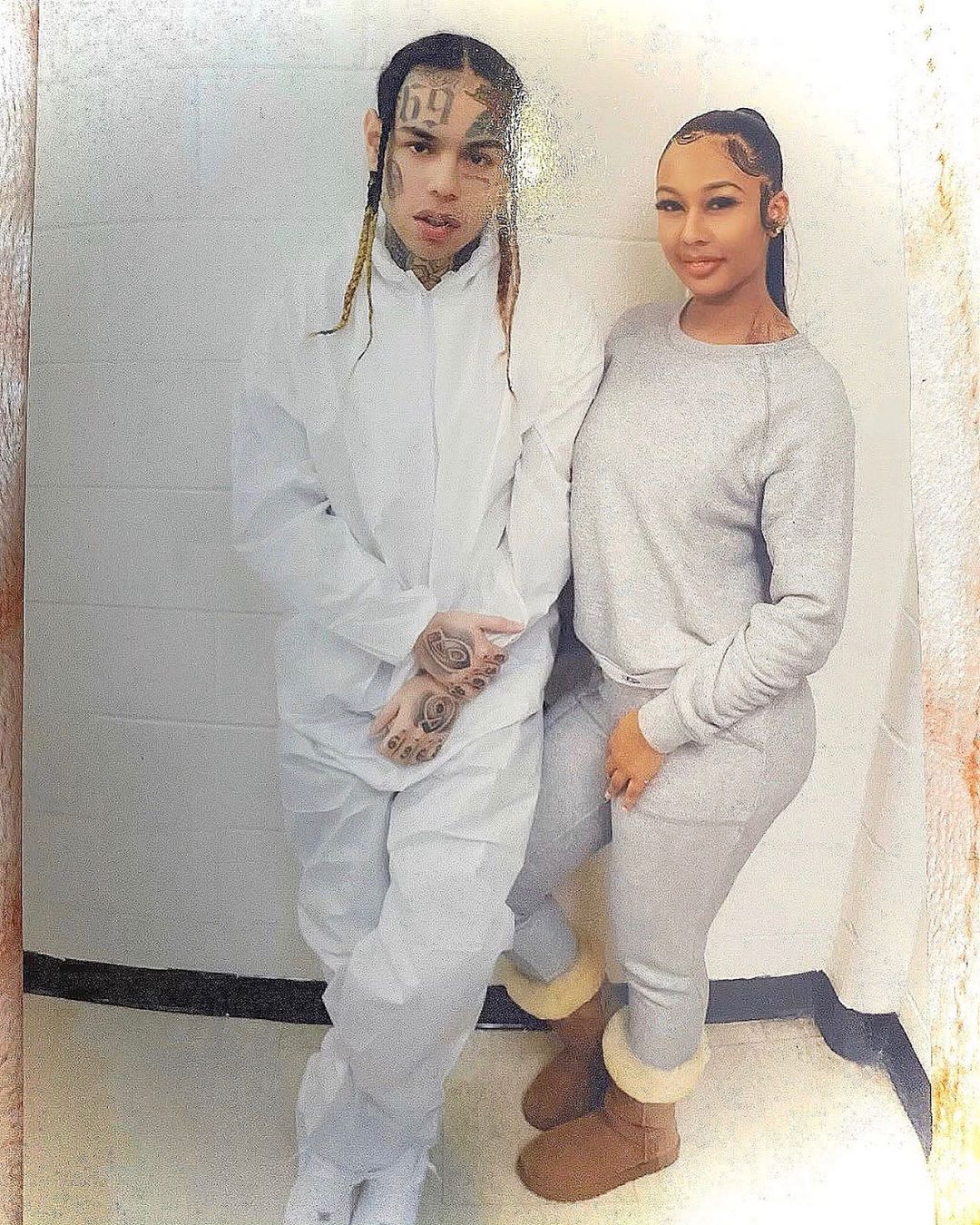 With so many negatives stacked against him, we are sure that just like anybody else, the rapper could use a bit of positive. It seems that positive zest is predominantly generated from his girlfriend Jade, who used the Instagram handle “__ohsoyoujade.” The model and former bartender has been a loyal steed for 6ix9ine since the start of their relationship, which was shortly before the rapper went to jail in 2018. Along with getting the rapper’s face tattooed on her body, she continues to risk her life with the rapper as he stunts through areas such as New York City and Los Angeles.

A few days ago, the rapper showed that he is absolutely grateful for her risking her life to be with him, public enemy number one.

“You was there when nobody wasnt. You stuck by me at my lowest. For the people who think any different I do love you and forever will! You are my world!!” Came the sweet words attached to an image of himself and Jade shared to his Instagram Story.

While 6ix9ine has had troubles with his baby mamas in the past, it seems the union he has with Jade could be one for the long haul.

#6ix9ine shows love to his bae #jade . When everyone turned on him she was there. Is she a rider or na?