Shenseea’s debut album is on the way.

Dancehall artiste Shenseea has by now released what many would refer to as a full catalog of singles in her relatively short musical career. Along with being one of the most streamed female dancehall artistes in 2019, last year also saw her joining forces with one of Jamaica’s most talented producers, Rvssian, to secure a deal with Interscope Records. Since then, she has landed major collaborations with the likes of Tyga, Swae Lee, and one of the biggest names in modern hip hop, Young Thug.

While she continues to enjoy the success garnered from work she has done so far, there comes a time when an artiste must provide fans with a full-length project for them to digest. The entertainer, who is currently in Florida, stopped by Timera Blair’s to grab a seafood boil platter of grab legs and corn, which she and the host devoured as they chatted about various topics. During the sit-down, Shen expressed that she has been in her musical kitchen cooking up a musical feast for her fans. She also confirmed that her trip to America is actually to conduct business surrounding the upcoming album. 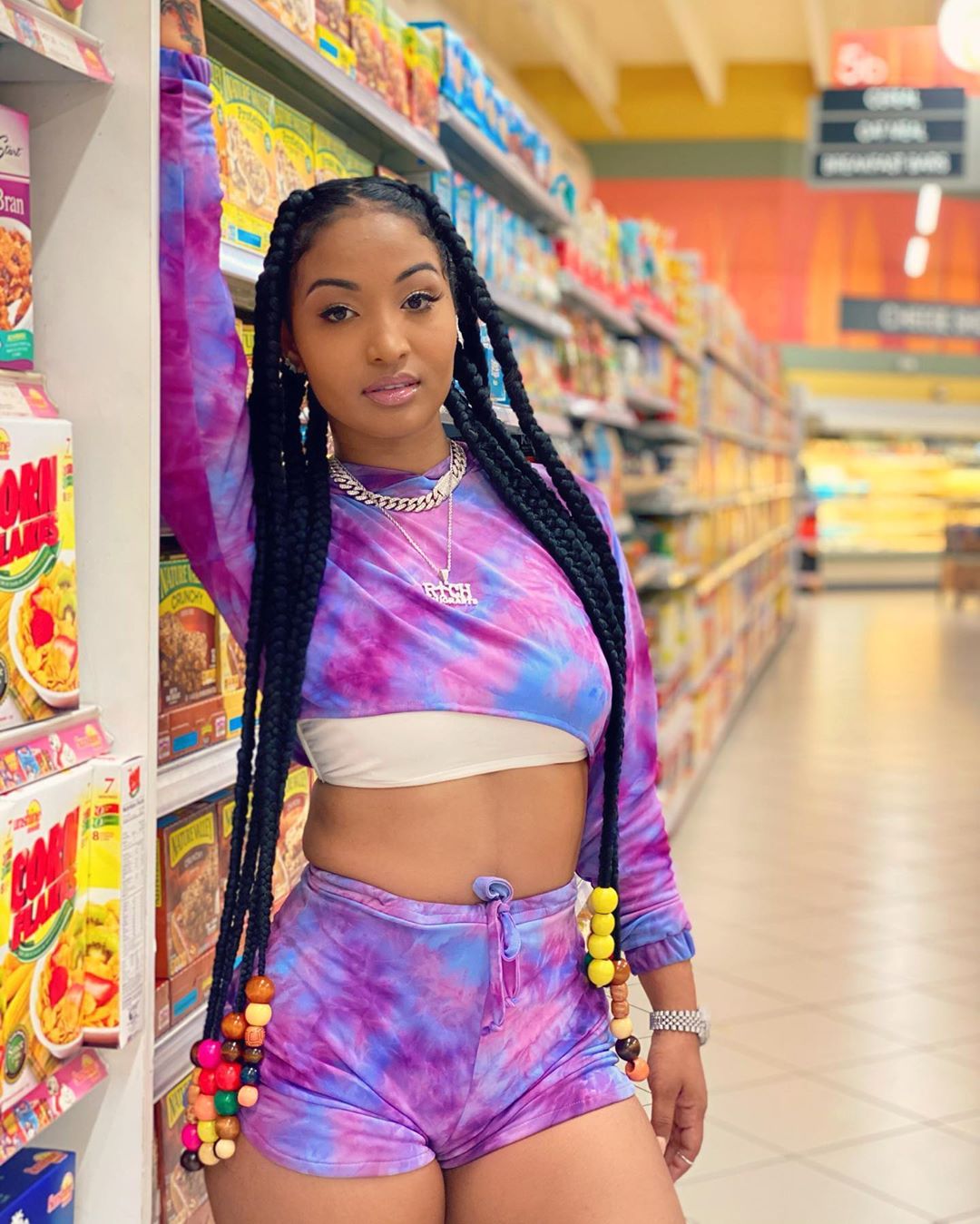 In terms of the energy and output from the project, Shenseea said, “It’s gonna be lit, I’m telling you. It’s going to have different, different vibes. It’s going to have an interracial mix.” She explained that fans will definitely be getting a heavy dosage of dancehall but should also expect a bit of singing and some rapping, presumably from the features promised. Earlier this year, the “Blessed” singer shared images of herself and Meek Mill in studio, which is a possible hint of his involvement on the album. However, there is one dream feature the Jamaican rude girl is still hoping that she will be able to secure some time in the future.

Shenseea also confessed her love and admiration for the Barbarian superstar and entrepreneur Rihanna while chatting with Timera. “Ever since she came on the scene, I’ve been watching her from the very single, you get me. Watching her on BET, MTV straight up to where she is right now. So definitely Rihanna is one of my biggest inspirations where music is concerned. I absolutely just love her,” she said.

With her heart set on making the most out of her career, releasing an album is definitely a step in the right direction for the Jamaican sex symbol. Aside from her musical dealings, Shenseea also took some time to relax with her recently groomed son Raj at a picturesque poolside. She also had enough time to snap a now trending pic of her lovely physique.

We wish Shenseea all the best with her upcoming album, and we will be providing more updates as they become available to us here at Urban Islandz.