Fans are roasting Noname online for her what they perceive as her shading Beyoncé.

Noname is coming under fire on Twitter after she sent out a tweet that angered the beehive. Somehow the 28-year-old rapper did seem to really be asking for it as her post was centered around a larger political issue that went ignored. Noname wrote Disney on Twitter with a suggestion about developing a film on a young black boy Nathaniel Julius who a victim of police brutality.

“Hey @Disney if black is king you’ll boost this,” Noname wrote with Nathaniel’s story attached in a photo. Some fans saw it as a slight to Beyoncé and called out the rapper for her approach. “Noname guising her irrational hate for Beyoncé as pro-Black activism is weird,” one fan wrote.

“Noname really said this about a Young Boy who was killed…….. just to shade Black Is King….. I’m disgusted,” another fan said. Some fans who weren’t deterred from the bigger picture reinforced the point and defended Noname’s comment. “it’s not noname v Beyoncé … it’s noname vs capitalism…. not y’all bashing a darkskin woman to protect a lightskin woman who is a BILLIONARE !!! like weren’t y’all just singing to Brownskingirl a month ago??? Wot,” one popular tweet read. 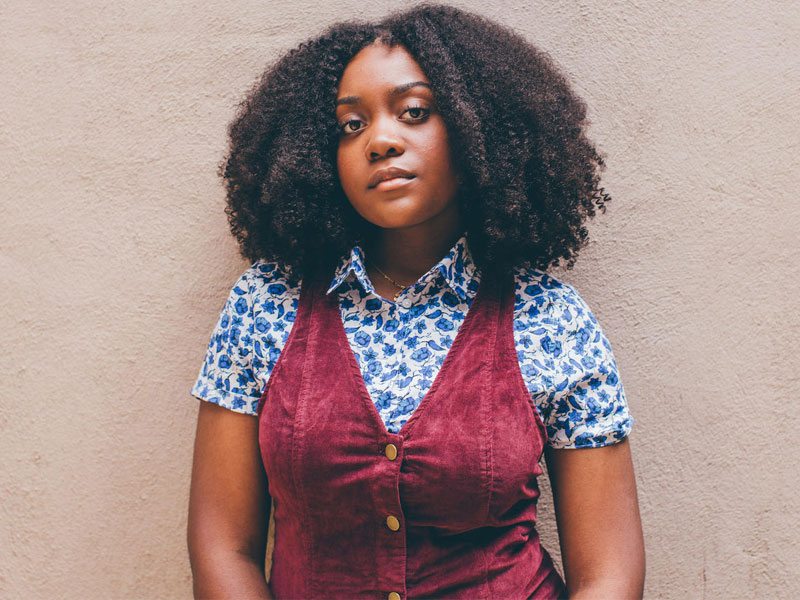 Another supporter put it into perspective writing, “COVID, POLICE, POVERTY & GUN VIOLENCE is killing black & brown people everyday. There’s people in power who can bring resources to slow this down or stop it and they don’t everyday. Go find out who they are and CANCEL THEM. Not Noname.”

Noname clarified her statement in a follow-up tweet amid backlash. In her explanation, she said, “My intention was not at all to use Nathaniel’s death to critique beyonce. I apologize if that’s how it came off. it just hurts to see @disney a billion dollar company profit of the [likeness] of black folks and not do anything to support when blk people dying from state violence.

“I take responsibility and sincerely apologize to his family #JusticeforNathanielJulius,” she added. She went own to reply to threads telling detractors “ya’ll win” and that she meant no harm. One fan in the thread said, “She’s just begging for sympathy now. She’s liking tweets telling her how she’s perfect and never needs to apologize.”

You can delete the tweet @noname, it still won't change how you tried to use of a child murder to shade Beyoncé for Black is King.

Cardi B allegedly liked a tweet by another user who responded, “See that’s how I know they talking to talk. This is the celebrity worship at its finest. Bug eyes did absolutely nothing to be labeled an ‘activist,'” which was seemingly aimed at Noname.

The rapper is often criticized for her outbursts when it comes to activism and her political messages. Recently fans speculated that J. Cole wrote his song “Snow On Tha Bluff” about her. In the track, he denounces someone’s misguided intelligence and condescending approach in educating about social injustices.

Fans also seem to think that the rapper has it out for Beyoncé. Do you think Noname’s tweet was blown out of proportion or proportionately reacted to?

A disabled child was murdered and Noname brought up Disney and Beyoncé……you really can’t make this shit up y’all ?

A child was murdered and the first that came to Noname's mind was to shade Beyoncé and Disney.. Is it crack? pic.twitter.com/7rlj0gixxB

Anyone who continues to follow that Noname person is guilty of the worship that they claim Beyonce fans have for her. That Noname person is nothing but a bitter, fake woke activist with colorist and mommy issues who regurgitates philosophies from real revolutionaries.

Noname is moving real dumb rn. If I were a popular black activist even if I didn’t like Beyoncé I wouldn’t go out of my way to talk shit about her. Why talk shit about an immensely loved black icon? It just creates enemies and limits the spread of her message.