Intence and I Waata’s former manager, Andrew ‘Boysie’ Campbell, is responding to reports he tried to have the two dancehall stars killed.

Intence and I Waata were allegedly targets of a recent shooting incident that unfolded at a party somewhere in Kingston, and their former manager Boysie is the first suspect picked up by the social media accusers. In light of the imputation, Andrew ‘Boysie’ Campbell, chief executive officer of Boysie Records, as officially stepped forward to clear his name.

The severing of their managerial ties was not necessarily put on blast, but true Yeng supporters would have picked up the clues from over a month ago. Some weeks ago Intence converted his Instagram handle to @intence____, sporting the name ‘Intence Sedway.’ The “Go Hard” deejay also went on a drastic unfollowing spree, which saw Boysie being dropped from the list of persons being followed. Boysie’s name was also a staple through tracks from either artiste. However, that is no longer being echoed through their releases. 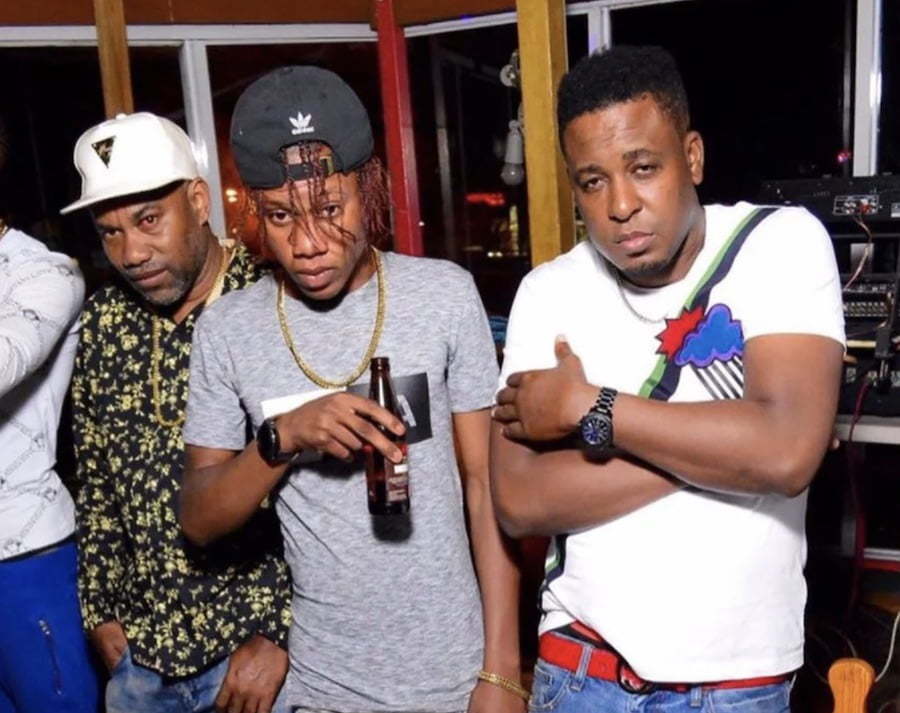 While speaking to Loop Entertainment, Campbell expressed minor details about the professional agreement as well as their fallout. “We had a five year contract, but they breached it before the end of three years. We parted ways a month ago, but make them gwaan, I wish them all the best in their future endeavours, but dem fi always remember the root and how it all started and who was there for them in the beginning,” Andrew Campbell said.

In reference to the recent shooting incident, it is still unclear if the target of the attack was indeed I Waata, Intence, or members of their crew. Nonetheless, the attack has forced Boysie to pen a lengthy post highlighting just why his name should not have been mentioned pertaining to any ill will against the artistes. 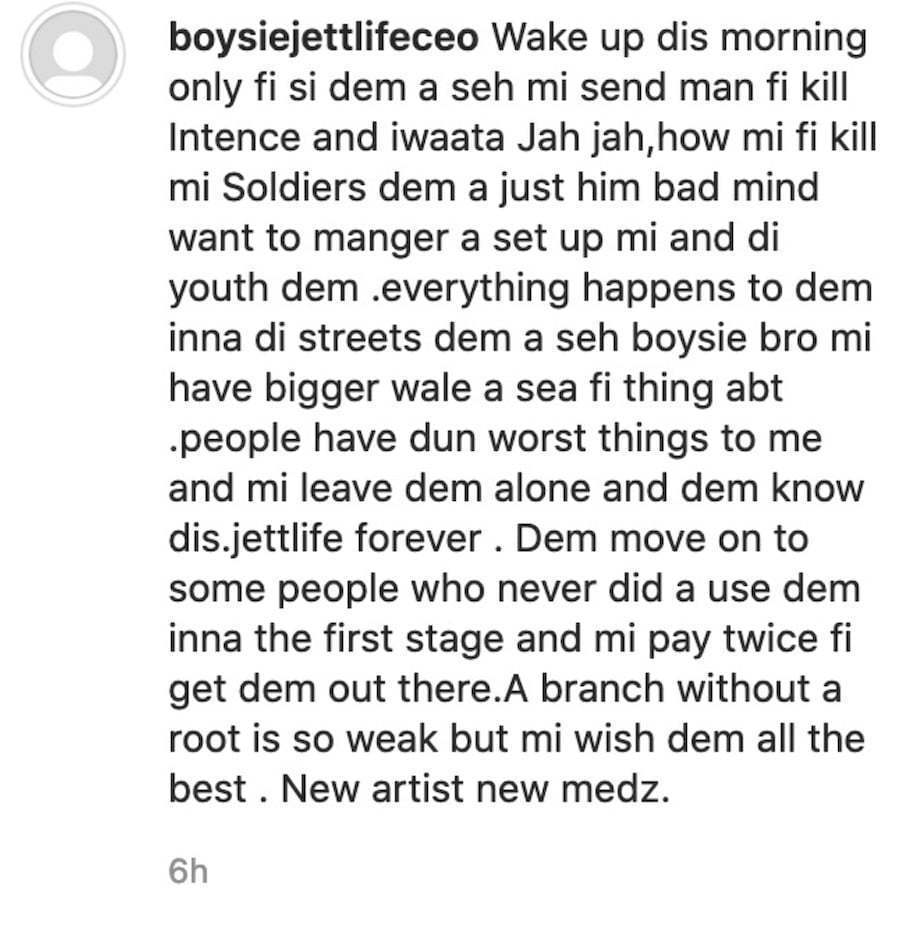 In another post, he explains just how close of a bond he and Intence shared. “Yo star, Am the GOD father fi 5 a 1 man kids and Intence is one off dem suh how mi fi try kill him, if I wasn’t a good person would the father off Intence give me dat role to play as a father to is kids?” he asked his fans.

The exact reason for the rift between the artistes and their former manager has not been publicly stated, but some fans are speculating that I Waata being linked to Alkaline may have had something to do with the beef.