John Legend and Chrissy Teigen have something to sing about — a new baby.

John Legend dropped the music video for his latest single, “Wild,” yesterday, and amongst the romantic scenery of Mexico is a big reveal. “I wanna drive you / Wild, wild, wild / I wanna love you / For miles and miles,” John croons as he and his wife demonstrate that they’re still as in love as they have been for the past 14 years. Just before the video concludes, Chrissy offers a look at her belly, which is rounded and clearly carrying the couple’s unborn child.

The announcement through a music video possesses full circle symbolism for John Legend and Chrissy Teigen, who first met in 2006 when he filmed his video for “Stereo.” The Lip Sync Battle co-host made an appearance as the Grammy Award winner’s love interest and subsequently moved the romance off-screen. Both “Stereo” and “Wild” were directed by Nabil Elderkin. The legendary couple married in the Italian city of Como in September 2013 and welcomed their daughter, Luna, and son, Miles, in 2016 and 2018, respectively. 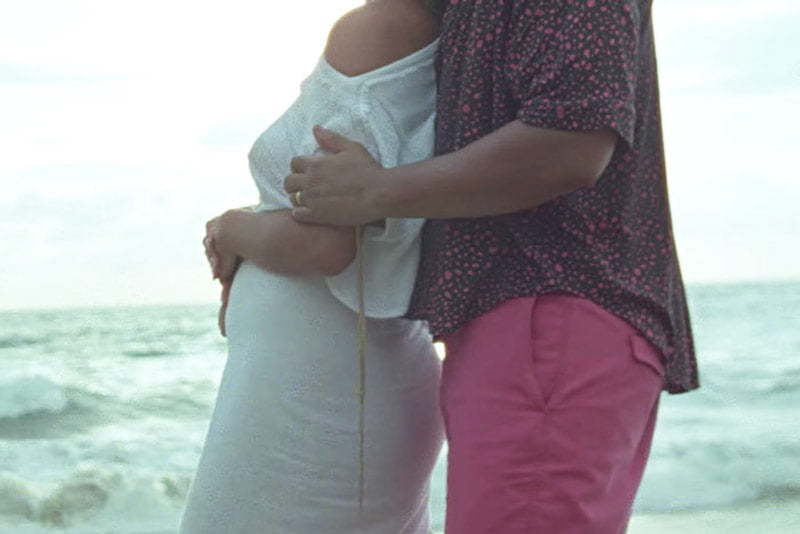 Both children were conceived via in vitro fertilization, with Chrissy sharing the heartbreak over her inability to fall pregnant naturally, as well as her battle with postpartum depression. Neither Chrissy nor the “All of Me” artist has commented on the pregnancy reveal, so it is not yet known how baby no. 3 was conceived, nor how far along in the pregnancy, the 34-year-old is at this stage.

“Increasing love” seems to be a theme for John this year as he prepares to become a father for the third time — his seventh studio album dropped in June with the title Bigger Love.