Safaree drops off a remix for “WAP” called “BAD,” and Cardi B is reacting.

“WAP” is quickly becoming one of the most popular records of 2020 and may just be the song that ultimately rules the summer. It has already secured over 60 Million views on Youtube since it’s August 6 release and has become the topic of many heated discussions over the last couple of days. Whether it the unapologetic defense provided by the fans of the females included in the video or the bashing of CeeLo Green and others who share his views on the raw savagery displayed in the video, “WAP” is here to stay.

Naturally, a record this big will definitely spawn a few kids, and there are already at least three available. Dancehall artistes Vybz Kartel and Ishawna recently dropped their “WAP” remixes. However, it seems another Jamaican has stepped in to benefit from the popularity of the track. Safaree recently offloaded his remixed titled, “BAD.” Need we say more about what the acronym signifies? In a similar fashion to the original, Safaree gets pretty clear, almost too clearcut about his intentions with his B.A.D. 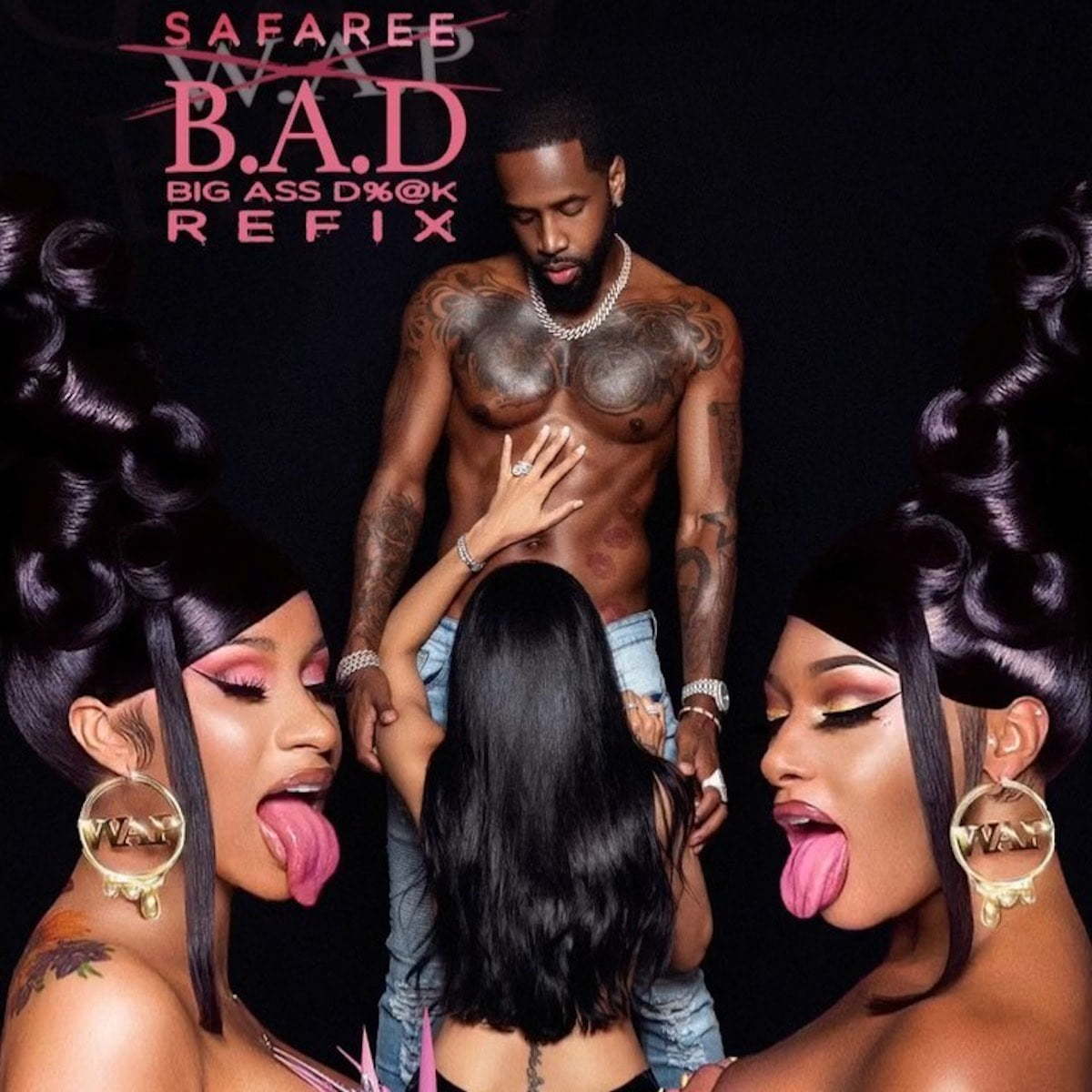 The Love & Hip Hop star raps, “I done broke the internet with this big a** d*ck / Slap you right across your face with this big a** d*ck / When you stick it in your throat, you never scary / You be screamin’ screamin’ like Mariah Carey.” It should be interesting to see what Carey thinks about that line. He hopped onto his Instagram account to get some promotion in where he mentioned his thought process behind the refix. “Remember when they made pigeons reply to scrubs… I’m kicking off our reply for the felllas. she know I’m Jamaican. YAWD MAN STYLE!!!”

The remix was even endorsed by Cardi B who tweeted, “I just Hurd it…..Omgggggg @IAMSAFAREE you are too naughty.” The Jamaican entertainer has been trending on Twitter since the release of the song on August 10, but not all comments were as supportive as Cardi’s.

“When that WAP song came out I immediately thought to myself “ni**as be corny but atleast none of us is corny enough to remix this into a dick song” but I completely forgot safaree still alive,” came one savage troll.

One other troll penned, “why did Safaree make a remix to wap that sh*t sounded like it was recorded on microsoft word 2010.”

What’s your take on Safaree’s refix?