Jahvillani and Moyann drops off a fun filled video for “Gangster Love.”

What do you look for in a lover? For many people, it’s someone to provide constant compliments or gifts. Meanwhile, for others, it’s the ability to protect or to offer protection, whether physically, emotionally, or financially. The latter probably best explains the type of love dancehall singer Moyann and the Wileside deejay, Jahvillani, are communicating in their new track “Gangster Love.”

The Dj Frass Records produced track sees Moyann continuing her beautiful run of form as one of the newest, yet hottest female members in the dancehall circle. She recently dropped off the song and music video for “Mad Out” and has now recorded another release roughly two weeks later.
Jahvillani has also managed to remain pretty consistent since embarking on his musical journey nearly 2 years ago. His recent collaboration with Trinibad artiste Prince Swanny has been pulling in the numbers; quietly cruising to over 800,000 views since being released a month ago. 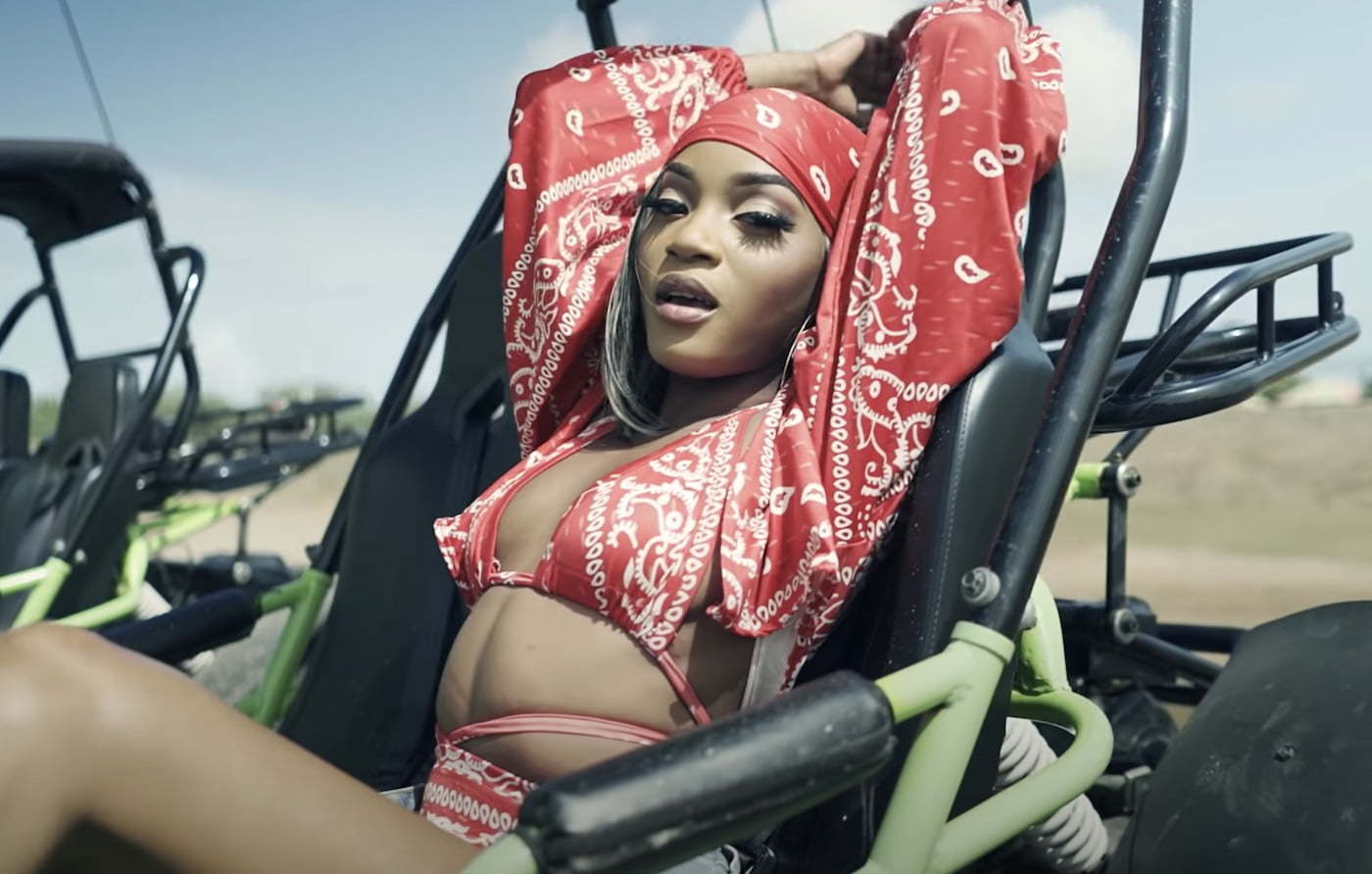 If the fans’ reception of “Gangster Love” is anything to go by, this could become Moyann’s first major hit and yet another one in the bag for Jahvi. However, how did fans arrive at such a conclusion? It’s simple, both Moyann and Jahvi deliver on the track and in front of the lense. The “Boss Up” singer drops some pretty interesting lyrics that her female fans should immediately gravitate towards. “No punk can’t get front, no boy wa de get junk / Can’t soft like wet sponge, You a no Zaddy you a Step-son,” she sings.

Jahvillani also stays true to the ladies by complimenting Moyann’s lyrics with his own blunt requests. “Well done, cock up yuh bumpa and wol yuh head down / If yuh don’t get daughter yuh ago get son,” he deejays. Jahvillani was recently blessed with a bouncy baby boy, through his relations with Leah Tavares-Finson.

The music video for “Gangster Love” gets direction from the team at RD Studios, who provides a clean, fun, yet totally gangster concept. The video was seemingly done at a park that offers paintball shooting along with access to ATV. The two entertainers showcase true chemistry onscreen as they aim their paintball shooters at their desired targets and cruise around in their open-concept ATVs. It’s should be safe to say that they could easily pass for a real-life couple.

Go ahead and check out “Gangster Love.”